Road opener herbs are any herbs used to eliminate obstacles and boundaries between us and all our dreams. It doesn’t matter what’s in the middle, with these herbs you are going to fight for your vision, shift the energy and finally have a wide-open road in front of you. According to some, yarrow is under the dominion of Venus and is also a personal talisman for natives of the sign of Virgo. The ancient Celts used it for magickal purposes, while in the East, sages used its stem to interrogate the Chinese oracle I-Ching.

In addition, yarrow, if collected on the night of the solstice, has talismanic properties and can heal many diseases. If the obstacles are linked to you feeling sick and not healthy enough to stick with your plans, this herb is the perfect one.

You can read more about yarrow’s magical properties here. 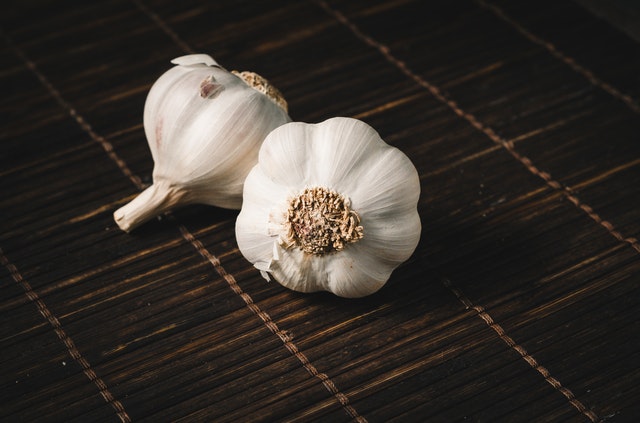 Garlic has had the power to keep away witches and evil spirits, who can often intrude during ceremonial magick rituals. It is often used to make chaplets with garlic, to be placed near the magick circle or even around the neck of the magickian himself.

You can also use a few drops of essence of garlic, to be sprinkled along the edge of the magick circle.

Garlic is also used in rituals to remove curses and evil eyes. If you think bad energies are preventing you from living your best life, use garlic to open the road ahead by erasing all the negativity. 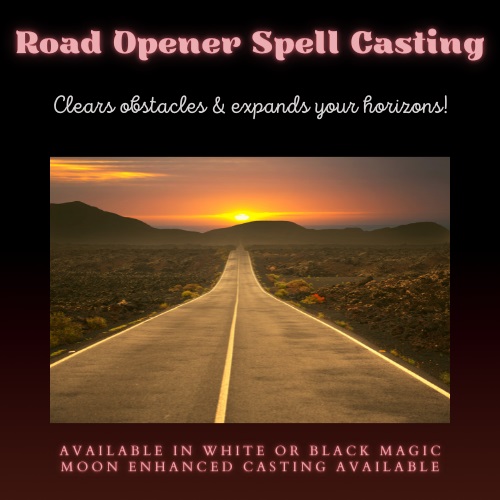 The Road Opener Spell Casting removes obstacles and helps you to achieve your own unique goals by allowing your path to open up so that your deepest desires can manifest. 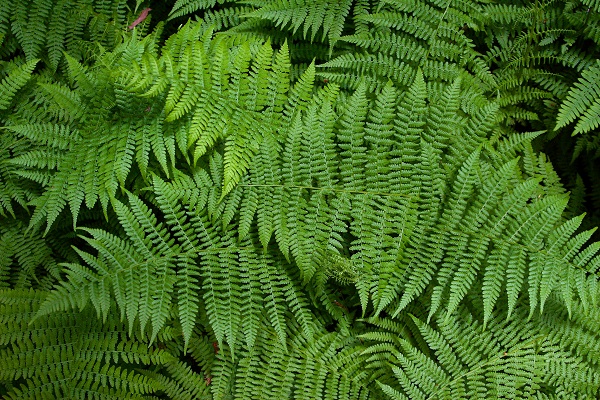 Ferns fall under the rule of Jupiter. This plant has been repeatedly mentioned in ancient treatises of magick, and in ancient Grimoires and has given rise to a long series of uses.

Tradition says that the ferns should be collected on the eve of St. John’s Night on June 23, at the stroke of midnight, and put in their home in contact with coins, it is said, that there will always be plenty of money if you do this.

At the dawn of June 24, collect a fern seed and always carry it with you, it is said, that this will give gamblers a big fortune, whereas the burning of ferns, on the night of the Solstice, will remove the misfortunes. 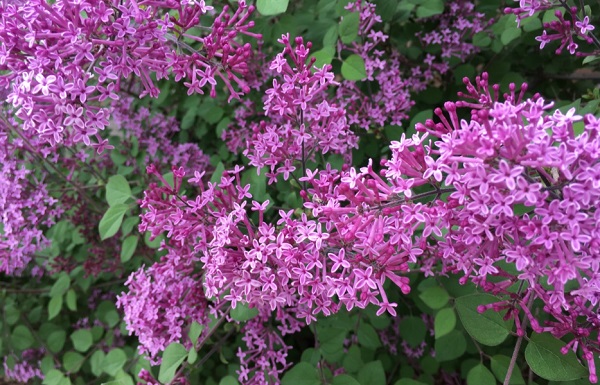 Mauve is placed under the planetary dominion of the Sun, strangely this herb is not widely used in magick, even if, picked at the right time, it can prove highly effective in combating negativity, in particular, a magician’s apprentice should often drink, an infusion of this herb, prepared as a normal tea to purify himself. 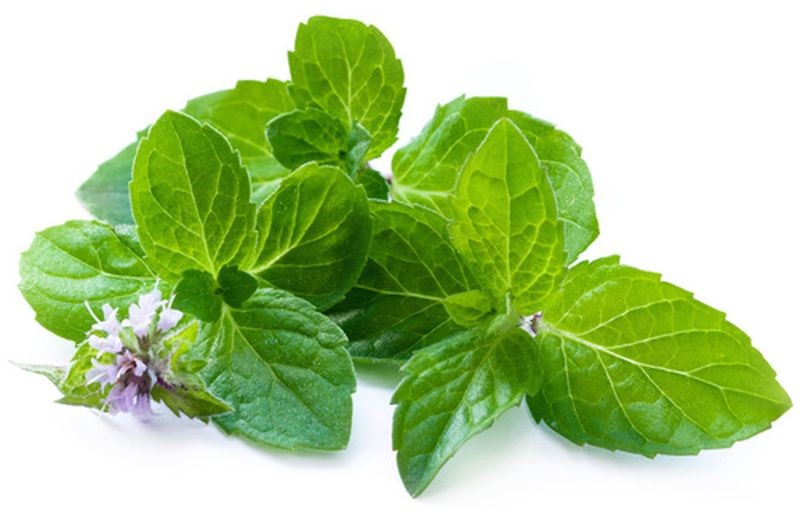 Lemon balm is placed under the protection of the planet Venus. Essential oil is extracted from lemon balm and makes an excellent love talisman, but it must be worked during appropriate hours to obtain the desired effects.

Magick tradition says that the lemon balm should be harvested after the day of St. John at around noon.

You can read more about lemon balm’s magical properties here. 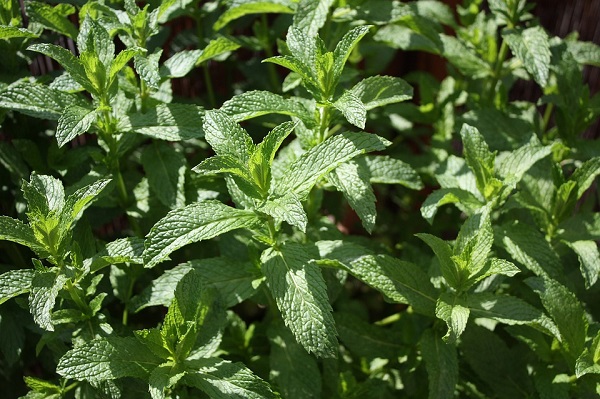 Mint provides considerable complementary forces in spells made to prevent or drive away negative vibrations. It is also used to foster interpersonal relationships, peace, and serenity of the spirit. If used as an infusion, it is excellent for promoting digestion and treating neuralgia.

You can read more about mint’s magical properties here. In the past parsley was used in infusions and love filters and during witchcraft practices. It was believed to be a satanic plant, and it is customary to sow it on Good Friday when malignant influences could not infect its growth.

Even now, parsley is used in evil spells and evil eye rituals. Legend says that if you fumigate with parsley, you can get excellent visions of clairvoyance to see what is blocking your road and remove it so you can finally get what you want. Rosehip is placed under the planetary dominion of Venus and is also the flower of all the natives of the sign of Taurus. It is a powerful magickal agent for all matters related to love and affection in general.

Those born under the sign of Taurus can also use it to encourage enterprise. Parts of the plant are often used for the creation of elixirs for enchantment.

It is also possible to mix the petals, leaves, dried and powdered fruits to fill talismanic bags. Rosemary is a grass of a modest nature, it emits beneficial vibrations for overcoming depression caused by the behavior or attitude of others, to turn upside down situations that cause anguish, and to open the way to new relationships. It is used as a simple presence in the spell or by burning some dry twigs. It should always be placed at the bottom of all magickal objects. All “male” planets dominate Valerian. The Greeks and Romans have previously made extensive use of it in the natural pharmacology of their times. In the Middle Ages, during the inquisitions, it was surrounded by the reputation of a magickal and legendary plant.

Wizards and sorcerers used it in abundance to make evil eyes and aphrodisiac mixtures, a sprig of Valerian, picked during the days of Mars or Mercury, tied to the back of the bed, infuses strength and vigor.

Valerian can be used for spells and evil eye, but according to an ancient belief, it would be enough to touch a person with a Valerian root and say the following formula; “Like grass to grass, so this person is attracted to me and remains tied to me forever”. Verbena falls under the dominion of Venus, and is a sacred herb in love remedies. It is an excellent natural talisman for everyone, but especially for the natives of Taurus and Libra.

In the Middle Ages, Verbena was used by witches and spellcasters to remove nightmares, evil spirits, and unwanted presences.

Still today it is considered a powerful plant talisman if it is always kept at home and that it is personally picked on St. John’s Night.

As you might have noticed you can use these herbs above in many ways. That’s the power of green magic! You can use them as essential oils, as a great addition to your spells or rituals, but also as a talisman to protect you from negativity and to finally acknowledge the open road reality waiting for you.