How many times did you hear someone mentioning a curse? This is something we usually see in movies and books but, actually, a curse is something more mundane and ordinary than you might think. It’s actually important to know how to cleanse yourself from a curse.

Today I am going to explain to you exactly what a curse really is, main types of curses and how to know if you are cursed. And if you’re asking ‘how to remove a curse from myself’, you’ll get the answer here. Let’s begin. Protection Spell Casting creates a protective shield around you. It protects you from evil and negative energy, for a period between 3 to 6 months. It’s an instant spell, you don’t need to wait days for it to become active.

What is a curse?

A curse is a particular form of black magic, which is expressed through rituals and ceremonials made to harm people. It is also called the “Invoice” because it acts with specific black magic objects.

How to know if you’re cursed?

Among the many things that can make us think you’re cursed, here are the most common, which although they are almost “normal”, in reality, they are not normal.

We could understand these signs as a result of everyday stress, of mental and physical discomfort deriving from work or family worries … but when things start to get worse, well it is better to acknowledge that and know exactly what you need to do to cleanse yourself from something negative and find your way back into light and happiness. 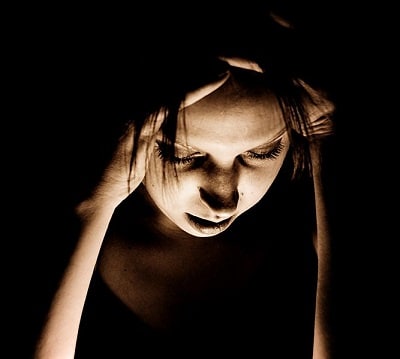 How to break a curse on yourself?

There are some easy ways to remove a curse and cleanse yourself from it.

This consists of carrying objects that properly prepared, spellbound, and personalized allow to ward off bad vibrations and desires. These elements help to weaken the effect of the spell so that it does not hurt you.

Among these amulets are the pentagram, a cross, the Turkish eye, crystals, the hand of Fatima, or the eye of Horus, which must be worn around the neck or in a pocket, as long as they are worn.

Read my article about protection amulets.

This is used as a ritual to cleanse and ward off evil intentions which are destroying you. To carry it out you have to prepare the right atmosphere, lighting some candles and filling the bathtub with warm water.

Afterwards, you should have positive and cheerful thoughts to attract good luck. Finally, add or spray some of the following ingredients to strengthen the healing power such as salt, hyssop, basil, patchouli or absinthe, among others.

Also read:
Here’s How to do a Candle Cleansing Ritual [Beginner’s Guide]

Burning salt to remove a curse

Fire is a primordial and vital element for both man and nature. In prehistory, the man was terrified and fascinated by fire and until he managed to harness its power, he was unable to get the better of other living species. The mysterious nature of fire made it one of the symbolic elements of the divine manifestation.

It is in fact an element that destroys but also that purifies and cleanses so that a new cycle of life in nature can begin. Just think of a burning field, it cleans and strengthens, eliminates parasites but at the same time, its own ashes are nourishment for a new life.

Salt also has a forgetful magical-religious story. It is an indispensable ingredient for the maintenance of life (especially human) and its sterilizing actions are optimized, especially in witchcraft rites, it is a useful ally, due to the ease of finding the material itself (even if in much older times it was not easy to find it and was also very expensive).

It serves to preserve food as it does not allow the proliferation of organic bacteria and blocks decomposition. In the spiritual sphere, it serves for the purification and neutralization of negative and psychic energies in many cultures, even with distant roots between them.

If we want to give credit to some popular beliefs, the symbolism of these two elements, in ancient times, is connected to Christian stereotypes, the flames of fire symbolized Hell, while salt is the sacred element present in the baptismal water.

Old witchcraft beliefs said burning salt in a fire was considered an exorcism, capable of greatly annoying the devils, black entities, and evil witches and to remove curses.

How to burn salt to remove curse?

Light a fire where you are comfortable, a fireplace, a small fire in a pan, burning charcoals on the ground, you decide, the shape is not important as the element.

Take a handful of coarse salt and think only of the negativities you want to get rid of. Whether it be to purify your home, office, stop chatter/gossip or envy, etc. (if you want to purify yourself or someone close to you, you must first rub the salt on the skin (the salt seems to retain the energies and absorb them completely) or rub it on the person to purify them.

When you feel ready, throw the salt in the fire or on the embers (it can be a dry and fast gesture or slow and progressive, do as you feel instinctive to do).

The fire will burn the salt, burst into and raise the flames, and seem to dance, as if it is responding to something, it will capture and release vibrations suitable for cleaning your environment and yourself. Based on the quantity of salt used and the type of flame, the ritual will free us from negative energies, also in the surrounding area, and will expand to the energies of the people it will meet as it spreads.

Obviously, I don’t have the faintest idea of what distance it can cover, but I think it also depends on your energy. It may happen that you suddenly feel tired or a slight headache, this is a sign of success.

Setting your gaze on the flames while burning the salt, frees the soul from hostile feelings and purifies ourselves from feeling envy towards others.

At the end of combustion, collect the ashes and arrange them in small piles at the corners of doors and windows, so that the energies remain clean from external contamination. My grandmother also added brick dust and dry crumbled rosemary to hers.

These same herbs that have been used to make ritual baths can be burned so that they have a cleansing effect, that is, they break the curse or the spell and throw away any bad energy. It is more effective if most of the herbs are used since putting them together enhances their power.

It’s very simple, you just have to put them together and tie them with a thread to end up setting them on fire. Once they have been consumed, the effects will be seen. In addition, it is very useful to take some branches of these plants such as sage between the clothes, since they have great power to ward off evil spirits.

Cleansing with a Healer

However, if you are convinced that you have been seriously bewitched and none of the above options have worked, you can resort to a spiritual healer.

This can help you to eliminate the effects of that spell, using various rituals of white magic and even black magic.

Do not forget that you can make spells to reverse effects or protective spells to cause their effects to disappear. However, we must bear in mind that black magic is very powerful and if it is done badly or with bad intentions, it can turn against you.

A Quick Ritual to Cleanse Yourself From a Curse

Before starting this ritual, you must know these rules:

Only after following these rules, you proceed with the cleansing.

Take what you do seriously. A magic ritual is not a game. Be careful, so as not to cause harm to yourself and your loved ones.

To eliminate the negativity with the sage, burn it and sage yourself you’re your head clockwise 33 times, reciting the prayer of the Our Father or Ave Maria for 3 times.

After this without detaching sage from the body too much, go down on the spine up down still spreading sage all over you as you are creating a protective sphere around you.

Usually, the negativity accumulates in the spine and in the head, so in this way, one part is eliminated.

If you don’t want to do this all by yourself, ask for help relying on someone who loves you, makes you feel positive and makes you happy.

IMPORTANT: the person should be healthy, strong, without diseases and weakness attract negativity!

While removing a curse form yourself you may have chills, a panic attack, or you could cry (a lot). This means that a part of the negativity has been released.

It could take 9 or more days to fully cleanse.

You need to perform this ritual on the waning moon:

If things get worst or you feel weak and nothing seems to work out, don’t be afraid and ask for help to someone specialized in the field or someone linked to your religion like a priest or a healer.

This could be the only way to remove the curse for good and get back to your life with no negative energies attached.