If you want to attract more money and wealth your way, there is something you should definitely consider besides all the spells and the rituals we already know. I am talking about a cinnamon bath for money, a special bath that will give you the chance to enhance your income and create some positive energy around you able to attract what you want and make room for something new and better than what you used to have.

Among all the magical herbs and spices, there is one that attracts more attention than all the others for the great variety of properties and virtues that it presents: cinnamon. This herb has been used in healing rituals and spells for centuries and is used by physicians and healers to treat many types of ailments.

Cinnamon is linked to the ability to enhance things and that’s the reason why we often find it as a key ingredient in love spells, sex spells, and more. And that’s why we need to consider it for a money bath as it has the ability to work things right and boost your chances to make more money. Wealth Magnet Spell Casting is a typical money magnet spell. It manifests differently for everyone, but typically it works like a money magnet.

Cinnamon; what it is?

We generally know cinnamon as a spice, in the form of an aromatic powder that we add to our dishes to give them more flavor. It comes from Cinnamomum verum, a tree with perennial leaves measuring between 10 and 15 meters, native to Sri Lanka and cultivated in hot and humid areas. 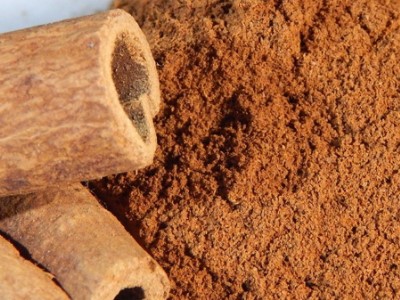 The part of this tree that interests us the most is its bark, which is grayish in color and has linear stems. Its oblong leaves are brilliant green. The flowers are white or yellow-green.

The bark of this tree, grown indoors as a shrub, is of soft and aromatic wood. From the inner bark, we get the ground spice, known as cinnamon. The latter constitutes the true use of this tree, and its many culinary, magical, and medicinal properties have been known to us for centuries.

Getting ready for the bath

You should spend a few moments in a quiet place to find your center and to truly commit and focus on this moment of magic. Nothing fancy here. Try to spend some time in a peaceful, calming space with no interference. If done fully and completely present in the moment, even 5 minutes of relaxation are enough to get started.

When should I do a cinnamon bath for money?

Prepare an infusion of cinnamon powder, parsley, and rosemary, to which you can also add honey as its golden color recalls the ancient idea of money (gold coins).

When the water boils, let it stand, then fill the tub with salt and add the infusion.

Over half an hour, the salt will help the herbs permeate your skin and pass through the pores, and the cinnamon will act as an activating principle of the plants, which will cleanse your mind.

You can surround your bathtub with 3 green candles (the color green promotes attraction) and 1 golden candle, which symbolizes abundance.

It is also possible to combine them with white candles, white being the color of purity.

Incense, on the other hand, will help you relax. So, if you need some extra relaxation light up some incense to create a soothing relaxing quiet atmosphere to truly unwind.

Once the bath is done, you can sit quietly on your bed, and with the candles still burning, formulate some wishes and thank the plants for their help.

You can use prayer for money like this one.

If you want, you can keep going and keep doing some magic with cinnamon after this first part with the bat. You can take the water from the bathtub put it in a sprayer.

You can use the 3 green candles used for the bath bringing them around your house.

If you have an at-home office, you can skip the living room and place the candle there.

When you are done you can sprinkle the mixture in your bedroom, while repeating a prayer calling for abundance and money like the one mentioned above. When finished, leave the candles burning for another hour. 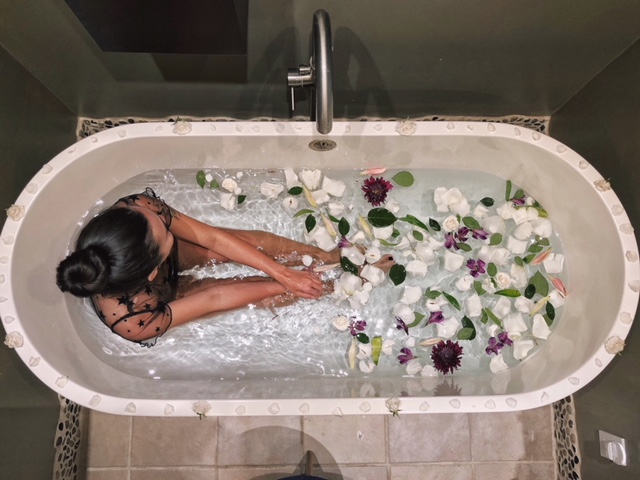 What should I do after the ritual?

You can throw everything away and store the candles for some other time. Do what you think it’s best for you!

A bit more on the magical properties of cinnamon

According to ancient beliefs, cinnamon is associated with the element of fire and is ruled by the Sun. Among the main qualities of this spice is its ability to disturb understanding and thus promote the expression of instincts and passion.

This is why, for a long time, it has been used as an aphrodisiac to increase libido, but also in rituals and spells in order to attract the passion of another person or improve sexual potency, and overcome problems with erections or premature ejaculation. You could say that she is the queen of herbs for the amorous arts.

Generally speaking, protection and healing are considered to be the main esoteric properties of cinnamon. For example, it is used in rituals to cleanse spaces, cleaning the aura or even to fight the evil eye and repel evil spirits.

So cinnamon has a double action: it helps you cleanse the energy around you while its uplifting potential of energetic vibrations, which makes it a natural complement in rituals to attract money, since it raises the vibrations up high while usually increases the effectiveness of other herbs involved in the spell.

In addition, it is also widely used in the form of incense, to promote meditative states, a very important part when we cast spells ad we perform rituals as we need to use our intuition and open our mind and our soul to the universe and magic to let the energy work properly and make our intentions manifest.

Cinnamon has been used in rituals and spells for centuries, and while it is not usually the main ingredient it helps other elemental ingredients release their powers for the ritual to be effective.

If you want to attract more money or wealth into your life and prayers are not your thing, don’t forget you can rely on my professional spell casting services!

Tips for Charging Your Candle for Spellwork (for Different Purposes)
Next Post: 3 Trees that Symbolize Love & Connecting With Them