The symbolism of colors is a fundamental aspect when choosing the candles that are planned to be used during a Black Magic ritual and spell casting. The color of the candles must be chosen in the right way, exactly as you choose the best day to cast a spell. Together, let’s take a look at the most popular Black Magic candles.

Black candle is associated with Pluto and the zodiac sign of Scorpio. They are predominately used in spells of Black Magic, but the symbolism of the black color must not automatically make you think of evil. 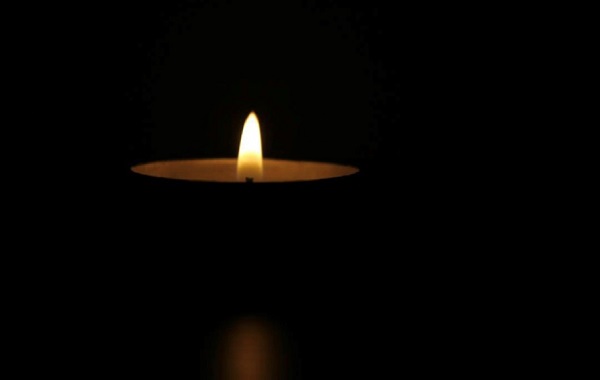 According to some occultists, black candles represent the absence of color, therefore emptiness, and can “absorb” evil and send it. Having said this, in addition to propitiating the success of a negative spell or curse, they can also propitiate the success of a counter-spell (that is, an invoice to send back to the sender the evil that has been sent to us).

Gray candles are associated with Saturn and the zodiac sign of Capricorn. Like black candles, they are mainly used in magical rituals that have decidedly negative purposes.

However, they can also be useful in removal rituals, for example to end a relationship with a person who is causing us harm. Furthermore, the astral affinity with Saturn makes the gray candles, if combined with the golden ones, excellent for spells in which you want to obtain material goods immediately.

Dark red candles are associated with Mars and the zodiac signs of Aries and Scorpio. The dark red color, similarly, to the black one, produces lower energy vibrations than the other colors.

By burning candles of this color, potentially negative forces are unleashed and are used in Black Magic and in some forms of Red Magic.

The astral affinity of Mars makes them useful for revenge spells and love ligaments in which the potential “victim” is female.

White candles are not associated with a particular astral or elemental principle. The white color is the synthesis of all colors. The energy vibrations produced by white candles are fundamentally beneficial and, not surprisingly, almost all of us associate this color with positive moods.

They are mainly used in White Magic rituals, but not exclusively. If used with candles of other colors, they amplify the energy vibrations produced by the latter.

It is not uncommon to use them in Red Magic and Black Magic spells.

Burning candles is an ancient art and they also have a symbolic value. Some witches will use them on their own to increase power, since they are created by the Witch herself, they have their essence.

The basic candles are white ones, white is the universal color and is useful when you run out of stocks of a specific color, and black candles to repel negativism.

How to prepare your candles for Black Magic?

Candles, both handmade and purchased, must be purified and consecrated. For this, you will need to have the corresponding essential oil. Alternatively, you can use olive oil, saffron, or corn oil if you wish to have fertility or a harvest.

This procedure is called “dressing the candle,” and for the “dressing”, the candle is considered divided into two parts:

NORTH POLE from the center to the wick (Top)

SOUTH POLE from the center to the base (Bottom)

The consecration sees the oil from the rub procedure vary depending on the type of work you want to perform.

During the dressing of the candle you will have to concentrate on the purpose for which it will be used and direct the candles North pole (Wick/Top) towards the real North Pole and both sides must be greased with the same number of frictions.

FOR ATTRACTION SPELLS: The candle will be greased from the North Pole to the South Pole, from the wick to the base.

FOR BANISHING SPELLS: The reverse operation is done by greasing the candle from the base to the wick (from the South Pole to the North Pole), once finished, spread some advanced oil on the third eye, and then in the center of the sternum. pronounced words of power over the candle:

“I purify and consecrate this wax in the name of the God and Goddess.
May it serve in strength, in the service of Light.”

Declare the purpose of the candle and when you engrave it, use the same directional procedure. To attract things to you, write first from above and then from below, always towards the center. If you want to reject something, the reverse is done. To engrave a possible message to prepare your candle, use the athame or a needle.

Remember to always commit to the practice and believe in what you do while performing spells and rituals. Use candles as a helper to attract even more energy and to enjoy their amazing properties.