What is an Athame? [Ceremonial Blade Used in Wicca Religion]

Have you heard someone mentioning athame but you haven’t got a clue what this means? In this article, I’ll show you what it is, how to use it, and more.

What is athame used for

The athame is used in ceremonies or circles because of its power of energy control. As the negative ones are removed, and it prevents them from interfering, it also checks very well the positive ones that are called to perform specific tasks.

The handle is usually black, as black is the absence of color and can absorb negative energies and dissolve them. It is (and was) one of the most used witchcraft tools ever. 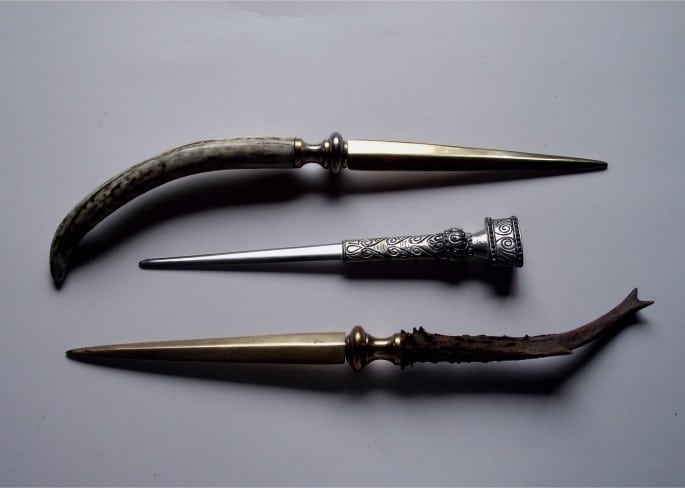 A history of a magickal dagger

“Athame” is one of the words whose precise etymology is unknown.

The only person who ventured an explanation is the British author Idries Shah, author of the book The Sufis in which he writes: “The cryptic ritual knife called Athame.”

According to Shah, this word was part of the language spoken by an ancient Bedouin tribe that called itself Aniza and was led by a charismatic sorcerer known as Abu el-Atahiyya. Shah reconstructs the meaning of the word in Letter of Blood.

Interesting is the aspect that the migration of the Aniza towards Spain allowed the diffusion of some of the aspects that were installed and spread in Europe, adapting to the previous cults and that became the cult of witches as we know it.

In the Legemeton Clavicula Salomonis, the grimoire for evoking spirits attributed to King Solomon, the Athame is named as a ceremonial knife, which would take him back to the function of a Letter of Blood.

As we have seen previously, the use of a knife with a black handle is also found in the Grimorium Verum.

It explains that the dagger is created in the following way: “In the days and hours of Mars, on a waxing Moon, you will make a new steel knife, which is one the thickness of being able to cut the neck of a kid in one fell swoop; to which you will make a wooden handle, in glome and now of Mars as above, and with the engraving, you will engrave on the said handle “.

In the Clavicle, it is also known as Sword of Art or with the name of Athame and is believed to be a steel blade fixed in a wooden handle.

It should be forged or purchased on the day and hour of Jupiter (planet of success and prosperity), in a period of increasing Moon.

The blade can also be made up of a long steel tip mounted on an insulating handle, like lacquered wood. It solves electric clots and agglomerates of planetary forces.

As a ritual knife, it is never used to cut anything physical.

It’s not used for:

These things are heard and read everywhere but it is important to clarify: the Athame only cuts the circle’s energies to go out and enter. Point.

The rest of the work is done by the bullet which is a different knife used specifically for the witch’s manual work (herbs, candles, engravings, etc.).

When the Athame is consecrated it becomes a suitable ceremonial blade used in Wicca religion. 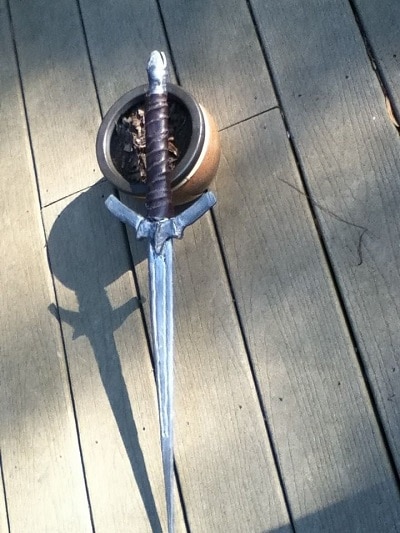 What Happens if it is misused?

If the blade is stained with blood or if it is misused, it will immediately stop being what it was before, returning to being a poor double-blade dagger without any ritual use.

If this happens, it can never go back to the status of a magical instrument. It can never be used again to ritualize (at least in a suitable, worthy, coherent and above all energetically reliable way).

How to find the perfect Athame

That’s not easy to answer.

You can find yours in an antique shop. You can find one in fairs, pawnshops and even in those little shops that sell everything for a few dollars.

It is also true that our modern times allow us to find anything online. The important thing is not to buy a random one.

How to pick one?

Feel empathy and a sort of attraction and energy, calling you when choosing your magical tools.

This is a great tip to get started and to find exactly what is right for you, your purposes, and your craft.

You can buy a basic dagger but what makes it yours are customizations that you’ve done – like engraved symbols on the handle or directly on the blade.

You must make it your own because Athame is among the most essential and used tools.

AllWicca shop has a few interesting Athames, so if you’re buying one, check them out.

How to consecrate athame

The Athame is consecrated in Waning Moon, with all four elements. This is because the Athame controls the energies that come from all directions. 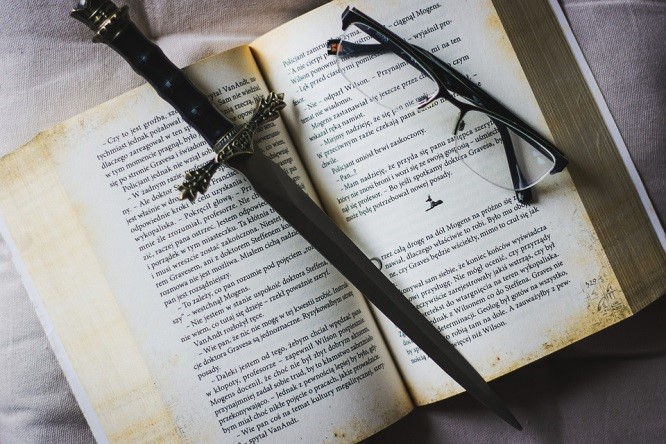 Do some concentration and visualization exercises and get the symbols for the four elements: white candle, bowl with water, bowl with salt, and the incense stick.

For each direction, touch the corresponding element with the blade and recite a phrase for purification.

With the power of Air, its lightness and freedom
May you be cleansed of all negativity.

With the power of Water, its clarity and clarity
May you be cleansed of all darkness.

With the power of Fire, let you be purified and liberated
from everything, you’ve done in the past.

With the power of the buried earth, you will come
and its stability, richness, and joy you will absorb.

You can use some other ritual if you want, the most important thing is to focus on the Athame and its power.

Magic should always be practiced as a personal craft, linked to the tradition but especially to the witch requiring the assistance of the powerful energies of the unknown.

After consecrating an instrument, you pass it with transparent henna and leave it in the bathroom all night.

Although it seems a bit strange, the bathroom is the room of the house that contains more spirits and power, which are manifested above all at night.

If covered with henna, the instrument will only attract positive spells, which will charge it with power, keeping away the negativity.

The custom and tradition, as well as common sense, plans NEVER to lend personal tools to other witches.

The Athame is one of these.

The reason is that it creates a deep bond between a witch and her instrument, and the use is exclusive.

Many witches even teach not to show their Athame to anyone unless they are a sister or a brother of the circle.

The reason why is very simple.

The Athame is an instrument of high power and of a very personal nature. You should not flash it around; above all, you should not let it be touched or used by other people.

The energy balance of the Athame is very fragile, and from the moment of consecration, the bond that binds it to its witch is of perfect harmony, energetically calibrated.