20 Superstitions about Good Luck (& How to Use Them)

We can be very superstitious people, and even those who do not admit to believing in luck can be tempted to wear lucky amulets or perform superstitious gestures to propitiate good luck.

Starting from the assumption that superstition has its origins in the mists of time, it is clear that it has been enriched with clichés and fueled by legends to reach the present day.

Here is a list of objects, animals and situations that, according to tradition, bring good luck. It is a symbol of immortality for the ancient Greeks and Romans.

Keeping a bean or wearing it with a pendant around the neck will manifest love and material wealth.

It symbolizes happiness and good luck in general.

In ancient times, peas were used to make crowns for brides.

This cute little animal is considered a good luck charm if you find it in the wild.

Hang on the door of the house to attract good luck and wealth. 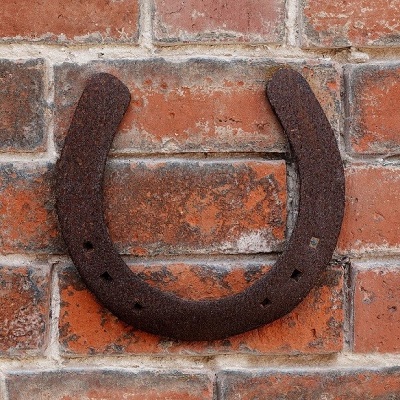 Related:
Horseshoe for Luck – Is it Up or Down? [Explained]
What does a Horseshoe Symbolize? [Meaning Explained]

It should be kept hanging on a balcony to chase away troubles and gossip.

It is a plant linked in particular to luck when it comes to gambling (games, lottery winnings, etc.)

Related:
Why is Four Leaf Clover Lucky? [Symbolism Behind It Explained]
What do you do with a Four-Leaf Clover if you find it? [Explained]

This attracts positivity and good news. Be careful, however, not to run into a slap in the face of the victim.

And you should never touch a woman’s because it brings bad luck!

9) Stepping on a poop on the street

Although it is considered unfortunate, is actually the opposite. It represents good news to come.

10) Keeping a rabbit’s foot at home

It is a custom that is not so popular anymore.

Having it with you favors luck, but as long as someone gives it to you.

It is an omen of good luck, but be careful with it.

13) Have a cornucopia at home

Preferably in front of the front door, as a symbol of fertility; this is an ancient tradition that is still followed today.

For example, hawthorn is excellent at bringing about fortune and happiness of the spirit, laurel protects against negative influences, basil removes both material and spiritual poverty, gentian preserves health;

For wedding superstitions, we might need to dive a little bit deeper into old traditions. These superstitions are certainly known worldwide, but what do they really mean?

The new thing symbolizes a new beginning and wishes for a happy future, full of successes and luck; the old or used thing is instead the symbol of the connection with the past, the roots, and the family of origin; blue was formerly a color synonymous with purity, but now it is worn as a symbol of fidelity; something borrowed instead reminds the bride of the support and closeness of friends and relatives;

16) Getting married on a rainy day

This superstition can be traced back to farming cultures of past centuries which based its well-being on rain, as it was precisely the water that ensured the success of the crops. Thanks to the rain, in fact, the earth showed all its fertility.

The woman is then compared to the earth and by analogy, thanks to the rain, she would receive fertility and, consequently, luck. In that case, “Wet Bride, Lucky Bride” would take on the full emotional and romantic potential of the situation.

Each of us can find any object and attribute positive properties to it, based on different situations and circumstances. After all, it is we who influence the objects and people around us with our energy.

17) Wearing something special to you

Other lucky charms, often linked to superstitious rituals, are very personal and customizable: perhaps they refer to a period of one’s life, a turning point, a rebirth.

And it is in this phase that those indelible marks on the skin come into play that aims to remember fragments of existence, new beginnings-

There are good luck tattoos that are tattooed on people for important reasons. For those who want to have lucky symbols tattooed directly, there are plenty of choices. In addition to the animals and objects, flowers and plants are very popular, including the four-leaf clover and the dandelion, a symbol of hope, strength, and trust.

Dandelions are also known for granting wishes, which is an additional benefit to having one as a tattoo.

Gestures, even more than symbols and objects, are part of real rituals, such as crossing the fingers in order to attract positivity.

This gesture has religious origins since it was used in the Middle Ages to scare away the devil as well as bad luck.

20) Touching iron or knocking on wood

The custom of touching iron for good luck is lost over the centuries but was prevalent in many countries, especially in the Mediterranean area. The best-known tradition is linked to the episode of an English saint, Dunstan, whom the devil allegedly asked to shoe his horse.

The farrier saint would instead nail the iron to the devil’s hooves, freeing it only in exchange for the promise that he would no longer enter homes where a horseshoe was displayed.

In fact, among the various shoes, the horse’s one would bring more luck: it has almost the shape of a ring and the circle would have a magical value. All this is not true in the Nordic countries where touching wood is used to protect oneself from bad luck or jinxes. The reason would lie in the sacredness of the spirits that would inhabit some trees.