Why is Four Leaf Clover Lucky? [Symbolism Behind It Explained]

The four-leaf clover, in reality, is nothing more than a genetic anomaly of the much more common white clover, but precisely this rarity has given rise over time to various myths and legends about the lucky properties of this seedling. Let’s see more about this beautiful, unique nature creature and let’s learn everything we need to know to answer the question why is four-leaf clover lucky!

The four-leaf clover: what is it and where it comes from?

In even rarer cases it is possible to find a 5 or more leaf clover: the Guinness Book of Records goes to Japan with 56 single leaflets found in 2009 on a clover. Can you even imagine it? How beautifully incredible nature is!!

Since the probability of the birth of clover is one in 10,000, it is understandable why a four-leaf clover is something so special! In addition, you must always take care not to confuse it with another similar species, which is not as rare: it is the Oxalis tetraphylla, which by nature has 4 leaflets.

The four-leaf clover differs from the latter because its leaves are more rounded and elongated, while the Oxalides have heart-shaped leaves: the exact opposite of what we usually know!

Myths and beliefs related to the four-leaf clover

It seems that her proverbial image was born since Eve was expelled from the earthly paradise and brought a four-leaf clover to remember the beauty of the place.

The Celts, for their part, believed that whoever found a four-leaf clover would hunt the evil spirits and obtain the power to make the elves and fairies visible, if only it was placed on the head. 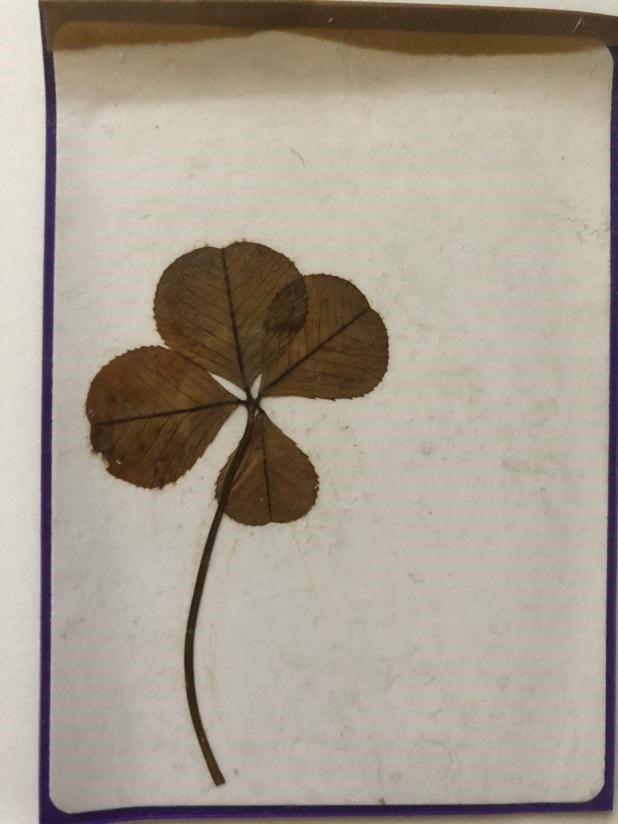 Continuing with the head, there is a belief that even dreaming a four-leaf clover would bring luck.

Others see that each leaf represents an important area of life: hope, faith, love, and of course, luck.

In France, it is the symbolic plant of lovers who exchange, perhaps in the form of a jewel, a four-leaf clover accompanied by the number 13, further symptom of luck.

Finally, it seemed that during the war, putting it in the buttonhole had the power to exempt young people from enrollment.

Where can I find one?

Basically, just take a walk outside in a green area and look at the grass! They hide between the most common three-leaf clovers.

Is it challenging? Yes! But is it rewarding? Absolutely! Live this search as a game, maybe involve a friend, a partner, and give this search the chance to help you connect with nature and its creatures to a brand new level.

I love to look for four-leaf clovers every time I go out for a picnic or for some hiking but I have to admit, I’ve never found a four-leaf clover on my own! But all of a sudden it happened with my husband! We weren’t even looking for it; boom, it was there for my husband to pick it up!

Also read:
How to Find a Good Luck Charm? [The Most Powerful Ones]

My husband and I found a four-leaf clover in his garden years ago during a very hard time for him and his family. Basically, for reasons I prefer not to share, they were about to lose their beautiful home.

It was a very challenging time for all of us. We were out on a walk in his garden and suddenly, I still don’t know how or why my husband spotted this four-leaf clover and said to me and his parents: maybe it’s not all lost after all.

I thought it was a sign from nature and the universe they had our backs and had hope, even if things were so dark and heavy back then. My husband was so excited when he bumped into that four-leaf clover and I will never forget how he treated it like something sacred and precious!

The next week we had wonderful news: after months of problems and arguments, things solved themselves, and they still own that beautiful home today. My husband still has that four-leaf clover between two transparent plastic sheets in his pocket. He considers it a lucky amulet. I’ll insert the pic of my husband’s four-leaf clover here!

Why is four-leaf clover lucky?

As I have already mentioned, the four-leaf clover is said to bring luck precisely because it is so rare. In a popular belief, each leaf seems to carry a meaning: hope, faith, luck, and love.

So, finding one or receiving it as a gift would be an auspicious sign, so much so that according to some traditions, putting one under the pillow brings good dreams. Furthermore, it seems that for the Druids, in the 1600s, the four-leaf clover helped keep away evil spirits.

Or again, in dream interpretation book it is said that whoever dreams of a four-leaf clover is about to fulfill his good intentions and that he is about to face a period characterized by growth, good health, success, and economic gain.

In short, finding a four-leaf clover, either by chance or after searching for it for a long time, can only trigger optimism and positivity, even for just a few minutes.

How to store a four-leaf clover?

If you have found a four-leaf clover and want to keep it for a long time, especially because you don’t know how much it will come back to you, the best thing to do is to dry it between the pages of a book or notebook. You can even place it in your book of shadow or in your journal.

Place it where you know it’s safe and you can cherish it forever! You can place it in the middle of the book so that it does not get ruined or lost and then close the volume allowing the leaves to flatten without wrinkling. Now let it dry. It will lose some brightness in color, but it will remain green and above all, it will continue to bring luck!

Alternatively, you can do the same thing by inserting it between two transparent plastic sheets so you can always see it and keep it more controlled and protected. Once it is dried, you can insert it in some amulet, or create a jewel just like you do with dried flowers.

This way you can always keep it with you, this precious signal that nature has chosen to give to you!