Are you curious to know what November’s spirit animal is? Do you want to know why this month of the year is so important and how its spirit animal can help us live our existence in a fuller way? Keep reading this article!

What is November’s spirit animal?

November’s spirit animal is a raven. In ancient times, November was the first month of the Gallic year, located between Cantlos and Dumanios, in opposition to Giamonios, and marked the beginning of the dark half of the year. Every five years, it was delayed by one month by inserting Quimon, which corresponded to October. 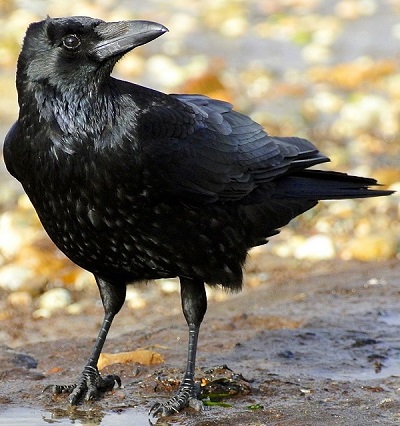 Other forms of this month on the Gallic Calendar of Coligny were samon, samo, sam, and samoni, all of easy Celtic etymological interpretation, with samain translating into reunion with the dead, and sàmanam translating into assembly, meeting, and feast. This month was the month of the meeting with the Avi, consisting of thirty days, and was considered a month never seen as auspicious or complete.

The Full Moon of November has the names Moon of the Hunters, Moon of the Journey, and Moon of the Dying Grass. On the night of the Full Moon, Esbat is celebrated, which is very important for witchcraft, since it was a celebration dedicated to the Moon and its phases.

For witches, the fullness of the Moon meant that the star had reached the peak of its magical energies, more powerful than at any other time of the month. Any request had more opportunities to be met in this period as the energy for magical purposes was at its peak.

Each Esbat of the Full Moon revolves around the preparation of the circle and, if the Invocation of the Goddess was always recited, that of the God was omitted, since the moon is ruled by the Goddess and it is her energy that is celebrated in this period.

In the three nights preceding the new moon, the Samonios was celebrated, the most important festival of the year, so much so that it was explicitly indicated on the Coligny calendar. In modern times, it was set on the night of October 31st, or Samhain.

So basically, November is all about transformation, change, magic, and death.

What does a raven symbolize?

A raven is a magical intermediary between two worlds. It is an animal that reflects our personality and carries a strong symbolic value. If you’ve encountered a crow multiple times, it’s not too strange that it’s your guide animal.

In the shamanic tradition, the raven represents the one who controls magical power. Often linked to witchcraft, it also represents the mystery of life and creation. If present in dreams, it represents an element of truth or a message that goes beyond human perception.

Symbol of destiny and personal growth, the raven is the bird of metamorphosis. It can turn a decomposed body into delicious food.

The raven is a symbol of death but also of survival. The crow is a bird that does not fear death but usually announces it.

Often, seeing a crow can be a symbol of quality and ability. Crows are courageous animals with a strong spirit of adaptation. They do not fear confrontation with other birds and, if hungry, do not hesitate to fly from nest to nest to feed on the eggs. It is for this reason that it also represents scamming and deception.

Additional symbolism of this animal

It is not so easy to understand what the crow means. He loves to feed on carrion, and is, therefore, a symbol of death, but his surprising intelligence makes him a wise and shrewd animal. Did you know, for example, that the Norse God Odin was advised by two ravens, respectively symbols of reason and memory?

Indeed, in many cultures, the crow represents the messenger. Legend has it that when the foundations of the city of Lyon were laid, a cloud of crows settled within the route of the new city, as messengers of the Gallic god Jul. Thus, the city took the name of Lugdunum, “the hill of crows”. The crow would therefore be an intermediary, a messenger between men and gods, which is very important during the month of the dead.

The color of this animal is emblematic and twofold. In fact, if black is attributable to death, then, in the end, it also represents the color of the beginning; just think of the primordial darkness from which everything is born or the darkness of the mother’s womb.

Although it is a diurnal animal, its color refers us to the deep meanings of magic and mysticism.

On the other hand, the black of death is the premise for being reborn in a new form. The change that comes from the end of something is the painful process of rebirth. The transition to this new ego is typical of the initiation deaths from which the desired inner awakening derives.

In spite of what one usually thinks, the raven is therefore seen by many traditions in a double interpretation, and it is not by chance that it has always been used as a faithful companion of divinity or divine representation of gods and goddesses.

Its bright black feathers, dark eyes, legs, claws, and beak have associated its reputation with a dark and sinister figure. Yet this much-averted animal is a gateway to the darkest places of ourselves, and for this reason, it has always been respected and honored.

How to work with the energy of November’s spirit animal?

To work with the energy of November’s spirit animal, you can do a few things:

How to Light Sage for Smudging? [A Quick Guide]
Next Post: Where did Smudging Come From? [History Explained]