Smudging is the best way to get rid of negative energy. We all know about its benefits, its usages, and why it is so widely spread, but where did smudging come from? Let’s learn more about smudging origins and history with this article!

Where did smudging come from?

Smudging comes from Native American culture and shamanic tradition. They used smudging for sacred rites to purify people, themselves, or the environment in which they operate. Smudging or fumigation is precisely the act of burning an herb and purifying your body and soul with its smoke.

Traditional herbs used for fumigation are considered capable of eliminating negative influences and restoring balance. Usually, these pseudo herb sticks are made of dried leaves of white sage, but there are also some smudge sticks composed of various herbs. 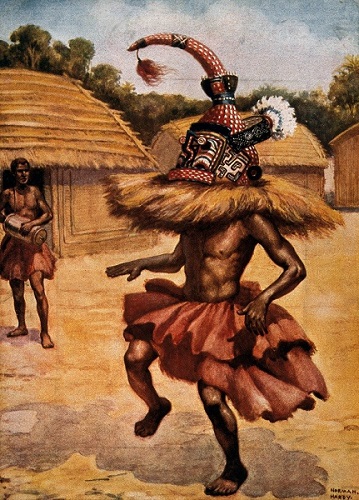 The smudge is created with fresh herbs that will then be dried in a dark and dry place; these will have to be tied in a bundle with a string and hung upside down for about a week.

After drying, the smudge will be ready for fumigation and is ignited by setting fire to the pointed tip and extinguishing the fire as soon as the grass or herbs start to smoke; in this way, the grass will burn slowly, so let the smoke emanate.

Smudging: a shamanic practice with a high symbolism

In the shamanic world, the act of burning incense has a different meaning than Western customs and traditions. The shaman does not use incense to aromatize spaces or to contribute to a pleasant atmosphere at home, but rather to alter his state of consciousness with the aim of traveling between dimensions and mediating.

For the shaman, this ritual often has the purpose of driving out evil beings and diseases and to balance and heal the person in need of help. In a trance state, the shaman then reveals the cause of the malaise.

The smoke that comes from burning sacred herbs or resin is released along with your prayers in the form of invocation in honor of the four directions of Father Sun and Mother Earth. 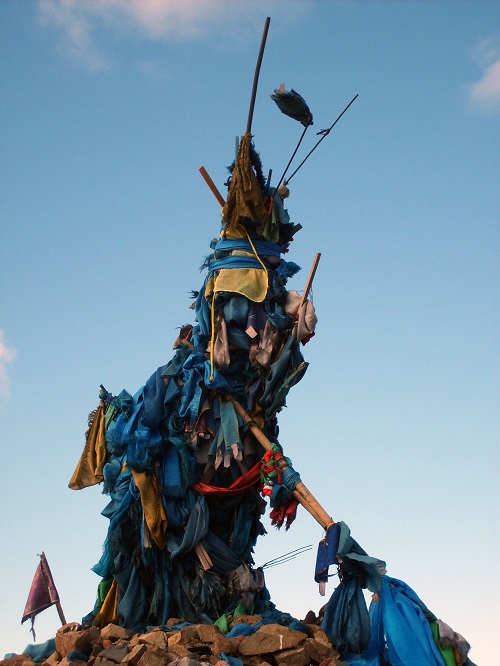 According to the shamanic tradition, smudging can be done before a ritual, or in cases where we feel the need. You can accompany the use of this incense with the spiral dance. The smudge is very useful in the phase before the opening of the circle by passing the smudge in front of our body from head to foot, keeping it at a safe distance, and sending the smoke towards you.

We can help ourselves do this with feathers.

The same operation can be done towards others before a ritual or when they enter our ritual space.

The cleansing of the energy field, also called the aura cleansing, is carried out by the shaman to free the subject from harmful energies that have been created by the thoughts, words, and emotions of the subject himself or of people close to him.

Any negative feeling, whether we feel it for ourselves or towards others, remains attached to our energy field in the form of toxic energy, weakening us, and compromising our personal power.

This negativity can be neutralized by positive feelings like love, joy, and gratitude, but when we enter a spiral of negative emotions and thoughts, it becomes very difficult to clear our energy field.

Very often, our aura is intoxicated by the envy, resentment, and desire for revenge that others feel towards us. If the subject has strong personal power he can spontaneously neutralize these negativities, but otherwise he will have to undergo an energetic cleansing session.

During the healing session, the shaman accesses an altered state of consciousness through the repetitive rhythm of the drum and rattles, then comes into contact with his allied spirits who will indicate the most suitable method to free the patient from negativity. Generally, the shaman uses sacred herbs, crystals, and minerals to clear the patient’s energy field, but his helping spirits can also point out alternative methods.

The benefits of purifying the energy field can be seen immediately. The person will rediscover the joy of living and will feel as if they are relieved of a weight that they felt on their whole body.

Also read:
Can Smudging Make Things Worse? Can it be Dangerous?
How to Dry Out Sage for Smudging? [3 Methods Explained]

Shamanic tradition is all about “energetic intrusion”

This generates disharmony in the person that can also become a somatization. What are the causes? For example, it can be a conflict with a relative, a neighbor, a work colleague, or a friend.

A relationship of coexistence or a difficult relationship is generated, there are exchanges of non-positive energy, and therefore negative thoughts and negative emotions; if the subject or victim of this energetic action by another person is very sensitive, very exposed, or very fragile, it may be that these thoughts and emotions become part of the person’s system and condense as a small sphere of negative energy that clings to the person.

Obviously, the subject who received it also played an active role in this difficult relationship. We think we are being harmed without having done anything. If a person poses as a victim, however, he has had a role, or has even nourished this problem; so, if I am subject to envy on the part of a person, I play with this envy, perhaps feeding it with personal anger or other negative feelings, and therefore there is co-responsibility. 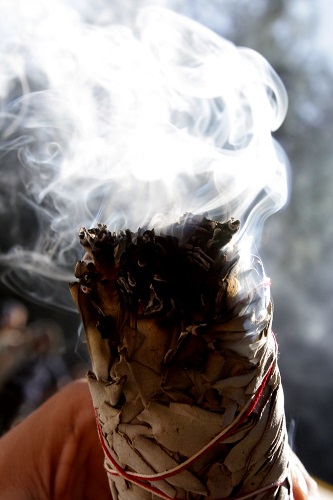 The intrusion can happen in this way, but it can also come about in other ways; for example, when nature spirits attack an exposed person, it is perhaps because they are angry with this man for his behavior and attack him energetically. Instead, it may happen that an extremely sensitive person takes on thoughts that are not their own, such as concerns about a friend or a situation, and these condense within the person’s energy body and must be removed.

The shaman usually views it as a clearly negative element, so it could be black slime, black filaments, or black smoke, rather than arrows; in particular, the arrows may also have been shot by other practitioners of shamanism, especially in tribal contexts where there are no Western ethics. With the help of smudging and their intuition, they can cleanse the negative energy and set the person free from darkness and negativity.

Why is smudging linked to shamanism?

Shamanism aims to restore harmony and balance between the visible world, that of commonly perceived reality, and the invisible spiritual worlds. Every problem experienced in the life of the community or the individual is caused by a disharmony in the invisible world.

The shaman, with his practices of cleaning intrusions and recovering certain powers or even parts of the soul, is able to restore balance and peace to people. Only through achieving balance with the natural and supernatural world is it possible to live in harmony and thrive.

How to Make Smudge Sticks with Flowers? [DIY Guide]
What Kind of Feather is Used for Smudging? [Colors Explained]
What to do With Sage Ashes or Stick after Smudging? [Guide]
Is Smudging Bad for Your Lungs? [Which Herbs To Pick?]
Does Smudging Kill Germs? [Here's How To Do It Right]
Here's How to Use Palo Santo Smudge Sticks [Tips & Tricks]
What is the Purpose of Smudging? [Finding the Right Herbs]
How to Light Sage for Smudging? [A Quick Guide]