For more than a year I have been conducting a thorough investigation on the “money amulets,” objects that supposedly serve to attract good luck, wealth, or any other type of benefit to the person who uses them.

If what you want to know at this moment is if they actually work, I will answer that they do; but I recommend that before you go running to a store to buy the first one, you first read this article.

An amulet (amulētum in Latin) is an object that a person treasures and usually carries with him/her because he/she believes it provides protection, good luck, and attracts wealth.

The origins of the amulets are linked to the history of the human being. Prehistoric humans treasured amulets to protect himself from all kinds of evils. Those first amulets used to be wood, rocks, or other natural objects with some physical peculiarity (color, shape, etc.).

Over the years, the amulets transformed into objects that were given by certain people or found in an unusual place.

A soldier who finds a strange stone on the battlefield and returns safely to his home may consider the stone an amulet. On the other hand, a young man may believe that a coin given to him by his deceased grandfather has some extraordinary power.

The amulets work by superstition: a person believes in its power beyond what is indicated by reason, science, or even religion. The energy that is attributed to the amulet is supernatural because it exceeds the laws of nature.

Attracting money and wealth is possible if you have the right money amulet with you.

Let’s see then which are the most useful money amulets and talismans.

Green stones, a golden fish, Chinese coins, are some of the amulets used to attract money. However, perhaps you don’t know that every zodiac sign has its talisman of abundance. 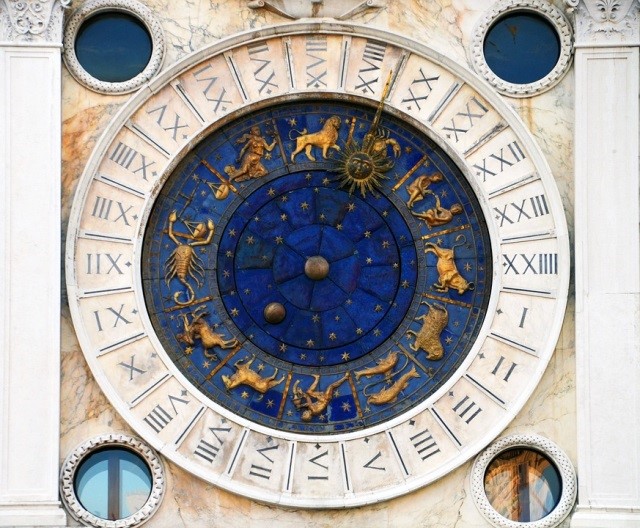 In fact, every zodiac sign connects with an amulet to attract wealth in any form.

Let’s take a look at combinations.

If you are Aries

The keys will open the doors to prosperity for you. But it’s not about leaving them around. Hang them around your neck or, even better, put them at home and I assure you that you could “enter every door you stumble upon” that could lead you to wealth.

If you are Taurus

Let the half-moon protect you from scarcity and injuries. Just wear it around your neck. This amulet will never abandon you and will help you attract wealth by keeping you healthy.

If you are Gemini

The energy in basil will help you solve your economic problems. Putting some leaves under the pillow when going to sleep may be enough to find solutions upon awakening, whether it is finding a job or doing a good deal.

If you are Cancer

Then the frog of abundance is for you. Wear it around your neck to ensure the flow of money. You can also hang it at your house or office entrance to bring prosperity and wealth.

If you are Lion

The Chinese snake is your talisman. If you already reign in the zodiac, with this amulet you will be invincible in all areas and easily attract wealth.

If you are Virgin

You should use a Turkish eye. It will remove bad vibrations and attract prosperity and money.

If you are Libra

Your amulet is the sun. You and your wealth will shine with him. Wear it on your neck, and it will give you endless energy.

If you are Scorpion

It will be enough for you to carry a key so that the money flows without pause. If you hold it 5 minutes in hand, you can discharge all the negative energy that hinders your finances.

If you are Sagittarius

Prepare an amulet by placing bay leaves in a small bag, if you are Sagittarius. It will help you triumph in work and business, achieving success and the wealth you want.

If you are Capricorn

You will find your secret amulet in the form of birch leaves. This plant is an open road for you, ideal for an energy cleaning that frees you from the obstacles that prevent you from emerging, even economically.

If you are Aquarius

The golden fish have chosen you to accompany you and fill your life with money, prosperity, and abundance. Whether you wear them around your neck or keep them in an aquarium in your office, you can be sure that you won’t miss the money.

If you are Pisces

There is nothing better than the power of the pyramids. A small pyramid held around your neck will protect your wealth. If it is made from amethyst, it’ll protect you in all aspects.

It’s crucial that you purify an object that you decide to use as a money amulet before you actually wear it. I’ll show you how to do that below.

Everyday Objects That Can be Used as Money Amulets and Talismans

Every object in your home has energy. If you load it correctly, you will attract what you want into your life. Basically, you need to learn to create a magnet that will attract get money and prosper in your life.

In the modern world, material well-being is almost the leading indicator of success, so every person is trying to find different ways to earn the desired amount. You can make it easier for yourself and speed up the result, but an effective money magnet, which you can get from an ordinary object, could help you with this.

It is possible to buy a monetary talisman in any specialized store, but there is no guarantee that it will bring you prosperity.

Now there are houseplants in almost every home. However, very few people know that making it a powerful talisman is possible. Taking care of it properly can bring everything you need into your life, including money.

To do this you need to buy any flower you like and bury a banknote or coin in the ground.

Such a talisman is not available to everyone, primarily because of its price. However, if you already have a precious stone, you can charge it with monetary energy.
The strength of the stones was already known since our ancestors. They believed each of them could attract love, fortune, and even wealth. If you want to adjust your financial situation, put the stone in your wallet.

Metals can be easily turned into magnets to attract money. For example; a metal horseshoe or a special coin.

Anything red can become a mighty money magnet. If you want to literally “tie” the wealth to yourself, then create a talisman from red lace or a normal thread and don’t forget to tie it to your wallet.

A bag of herbs

Not only plants but also herbs can be loaded with monetary energy. For this, take cinnamon, ginger, eucalyptus, and twigs from any coniferous tree.

Fold them in a small bag and place them where you usually work. This talisman will attract money and bring you luck.

The Most Popular Money Amulets to Attract Wealth

How to Create Your Own Money Amulet

You can proceed if you have already decided which type of object will become your wealth magnet.

For the talisman to actually work, you must first “fix” it.

1. You have to remove the negative energy from the object you’ve chosen to have as a talisman. This is especially critical if this object belonged to another person.

To do this, dip it several times in holy water. Before doing this, prayer is desirable.

2. The second step is to load your magnet. This will require:

Never allow others to touch it because it will lose its energy!

For several centuries, man has sought in certain objects to obtain security and protection; for that reason, in the first instance, he tried to obtain it through natural or everyday objects (the horseshoes, the legs of rabbit), or, of unusual and difficult to find things (the four-leaf clovers).

In recent years, and specifically speaking of Mexico, a large number of supposed amulets have arisen that attract love, fortune, health and all kinds of benefits, but most of them are objects made as a business, created in series and that, therefore, they do not help, which has caused many people not to believe in it.

Also because in a few occasions some companies and people that were selling them, they came to see me to ask me to promote them (they offered me money for it), but when analyzing and studying them I realized that more than amulets, they were simple ornaments that did not really benefit the user.

When I was doing my research, I realized that in different stores at least 60 different types of amulets are sold, but in reality, practically none works since they sell them to the general public without being “personalized” and without applying the universal test that is needed and is essential for an amulet to work.