What Does The Mannaz Rune Mean? [Upright, Reversed & Uses]

The Mannaz rune is definitely a great rune to explore as it can be useful for us to work on our goals and more! Are you willing to learn everything about this rune?

Read this article and Mannaz rune won’t be a secret!

What does the Mannaz rune mean?

The Mannaz rune means goals, preparation, and knowledge. The most stimulating undertaking for every human being is to improve each day, to advance towards satisfaction and the fullness of being.

The main goal is to live happily, and everyone must try to reach that by exploiting their inclinations and knowing how to listen and direct their steps on the right path, the one that comes closest to their essence as a human being.

Mannaz represents the first man born of ice or mud, the progenitor and creator of the human race, ancestor of humanity and the cosmic man, the one who recognized the divine essence in himself, and is the result of the sacred and blessed union between Tiwaz and Berkano.

With this rune, we learn to listen and to know our inner master, ready to sacrifice himself totally. Mannaz is the individual in society, he is the sign of man and of the human lineage connected with the progenitor Mannus who recalls the mythical Indian ancestor Manu, creator of the first laws that regulate society and man’s relations with the sacred.

The Indo-European root is mann-, from which the German mann and the English man, man, derive, while the glyph of the rune is composed of two Wunjo runes, one in front of the other, representing the man realized in contact with himself, the man who recognizes himself in the other man.

This rune awakens in us a sense of common belonging, of union beyond any prejudice, race, religion, or sex.

In Norse mythology, the first couple of human beings were created by Odin, Askr, and Embla, and the god Heimdall created society by dividing it into three classes: noble, free, and slave. The god descended among men under the guise of Rig, which means king, and from a great-grandmother, he generated a deformed but strong child from which the lineage of slaves was born.

From a grandmother, he generated a smart and cunning boy from which free men and the artisans came.

Finally from a woman, a mother, he generated a boy named Karl from which all the nobles originated. Myth aside, Viking society was complex and based on the concept of a chain. A Swedish chain comprised twelve villages and was ruled by the Hersir, a political and administrative leader appointed by the people across the Thing.

The superior unit grouped various chains and was ruled by the Jarl, a nobleman, a man of prestige, with a civil, military, and religious function. There were free and non-free men, nobles and Jarlars, and small local rulers, who often fought each other; individual wealth was determined by the lands owned, by the heads of cattle, by the servants, and by the slaves.

The konungr, the king, had a prominent position among the nobles, usually a Jarl with more lands or with a larger army. Among the free men, there were merchants, artisans, farmers, and peasants; they could carry weapons and had the right and duty to fight and to speak to the assembly, the Thing.

The woman was fundamental as the man was often at sea or at war; she looked after and commanded the house, incited the man into battle by instilling courage in him. Finally, there were the slaves, peasants, or men reduced to poverty or prey of sacks and raids; their condition depended on the generosity of the master, who could buy his freedom or free him.

It is no small task and it could not be otherwise: it is about finding meaning in your life and giving it the right direction.

Mannaz indicates that you are on the right path, advising you to listen to your emotions and learn from them, whether they are positive or negative.

Mannaz, therefore, asks, if you are a victim of anxiety, to identify its origin and solve the problem, and also to enhance what affects us, making us satisfied and happy.

Perhaps you are at a time when you need to reconsider your situation. It is difficult to find one’s “place in the world”.

Mannaz advises reconsidering the decisions and actions taken or to get rid of inertia. Perhaps you are doing something you don’t like (at work or in the study) and you probably need to overcome the fear of the new and the laziness that prevents you from leaving the usual routine to open up to new horizons.

It is enough to have faith in oneself and in one’s abilities to overcome all these obstacles that appear on one’s path and which often are within us.

Love: it is a good time to strengthen the bond with the partner, sharing passions, free time, and above all talking about what you feel and want.

There is also the possibility of a new meeting that will bring peace and understanding that was sought.

Work: the rune advises you to deepen your knowledge on an aspect of your work that is particularly interesting. One of the greatest sources of satisfaction in one’s life is a job well done, being considered a good professional.

Health: there is the risk of feeling particularly tired or suffering from a general malaise. The body is warning that we need to take better care of ourselves, perhaps sleeping more, doing physical activity, or intervening with the diet.

How to work with the energy of the Mannaz rune?

The special message from Mannaz rune to you 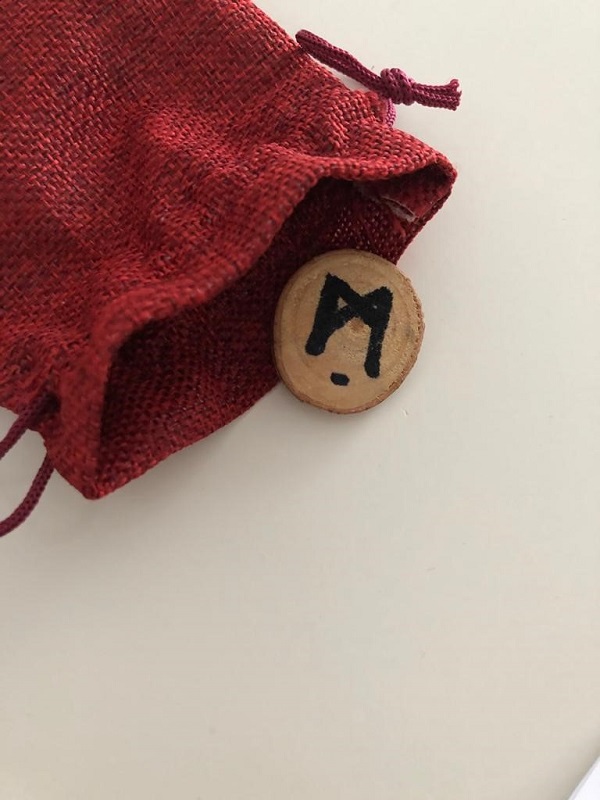