What Does The Berkano Rune Mean? [Upright, Reversed & Uses]

Is the Berkano rune intriguing to you and you want to unveil its secrets and its messages? This article will tell you everything about it! Enjoy!

What does the Berkano rune mean?

The Berkano rune means growth, family, and maturity. Berkano, the rune of feminine energy and fertility, can announce a birth or a marriage, however, it can also be indicative of a new way of thinking, the start of a business, or the merger of two different mentalities aimed at achieving of a common goal.

This life-giving force especially advises the spiritual seeker not to exclude sexuality from his existence, as the path to enlightenment does not necessarily pass through asceticism.

Berkano is the rune of purification, renewal, sexuality, death, birth, and rebirth. Its extraction puts one in contact with the feminine side and its mysteries, with the ability to welcome and give life, to nourish and protect.

We are making peace with ourselves by recomposing the fragments of the soul, preparing ourselves for a new spring, and the desire to leave the cold of winter behind us is very strong.

Something new is transforming within us, a project, an idea, a desire, a dream. Berkano reconnects our being with the Soul of the World, with Mother Earth, with a sense of completeness and self-realization; the rune evokes a sense of humility, magic, mystery, and initiation.

Berkano is the feminine principle, it is birth and growth, it is the Great Mother who unveils the feminine mysteries. It is the divine energy that resides in every woman, holder of the mystery of creation, bearer of fertility, and abundance.

The woman grows and subsides like the Moon Goddess, in an eternal and uninterrupted cycle; from a young girl, she becomes a mother and then an elderly woman, linked to the elements of earth and water in addition to the lunar energy that affects sowing, tides, and the menstrual cycle of women.

Berkano is the Anima Mundi, what is at the base of life, an intelligent principle from which everything is born: plants, minerals, animals, and everything else is its emanation, something from which one originates and to which one must then return at the end of a cycle.

The glyph of the rune recalls the profile of a pregnant woman, about to give birth, with the breast full of milk and the belly bearing life.

Female supremacy lasted a long time in ancient times; women learned to cultivate and grow plants, sweetened wild animals, fed and bonded to them to always have enough nourishment available for their family. It is assumed that they were the same women to discover fire and understand how to feed it.

The woman did not lose her power even when the man discovered that he was involved in the birth of new lives. The God dies and is born annually, it is the male principle that commits the supreme sacrifice in order to be reborn, purified by the Goddess who by her generating nature is eternal and lives on small deaths during the course of the year.

The birch was, and still is, a tree much appreciated in the countries of the North; the wood is suitable for processing, the resistant bark tiles were obtained for huts, and small boats were built with the planking. In times of famine, flour from the rind was added to bread dough due to the presence of salts, sugars, and aromatic substances.

The leaves are used in herbal medicine to regulate the metabolism and the activity of the exchange system; it moves what is old out of the body and they are antidiuretic and anti-rheumatic. They are a cure-all in the change of seasons by teaching us to activate renewal.

This rune is associated with any goddess related to the Earth and spring. Among these, we also find the Nordic goddess Iðunn. Iðunn (Idun) is the goddess of spring from Norse mythology. She belongs to the lineage of the Æsir, is the wife of the god of poetry Bragi, and is sometimes identified with Odin. Iðunn is credited with possessing the miraculous fruits that the gods feed on to keep themselves immortal and without aging, jealously guarded inside a casket.

Iðunn probably appears as a goddess of fertility, similar in this to Gerðr (although the latter belongs to the Vanir lineage). In Lokasenna, the god Loki accuses her of being addicted to lust so much that she even laid with her brother’s killer.

The myth of his abduction by the giant Þjazi is remembered by Iðunn. The story begins with a journey of Odin, Hœnir, and Loki, during which the roast that the three deities want to cook is prevented by the magical powers of an eagle, under whose appearance the transformed giant is hidden. Loki tries to hit the eagle with a stick, but the stick gets stuck in the body of the bird of prey, which takes flight and drags the god behind it.

Loki, to save himself, makes a pact with Þjazi, promising to deliver Iðunn and her apples to him. Later, Loki manages to convince Iðunn to leave Ásgarðr and go to a forest, where Þjazi, also in the form of an eagle, kidnaps her, taking her to his mountain home in Þrymheimr. Deprived of Iðunn’s apples, the gods begin to age and, hearing of Loki’s intrigue, they send for him to force him to remedy the situation.

Loki then obtains a falcon disguise from the goddess Freyja, through which he reaches the giant’s abode, where he finds Iðunn alone, while the giant is momentarily at sea. Loki transforms Iðunn into a walnut, taking her away with him, but Þjazi, who soon noticed the raid, changes back into an eagle while flying in pursuit. The gods, once Loki has returned to Ásgarðr with Iðunn, create a barrier of fire in which Þjazi perishes.

Later, Odin will have to face Þjazi’s daughter, Skaði, determined to avenge her father: she will be offered, in reparation, marriage with one of the gods. Some scholars have stated that the presence of apples in the myth of Iðunn has a foreign origin.

In fact, in the most ancient texts that report it, apples are not named, and of Iðunn it is said only generically that she has the medicine to prevent the gods from aging [no source]. Furthermore, apple cultivation was not known in Scandinavia at least until the late Middle Ages. However, there are those who point out that the term used to refer to the apples of Iðunn, epli, can refer in a generic sense to any type of round fruit, not necessarily apples.

it is a rune with a very positive meaning.

It heralds a period of great activity, in which one will feel full of energy and motivated to take new paths in the professional, sentimental, and other fields.

The important thing is that all of this enriches one both physically and mentally.

It can also be a good time to reflect on your life and clarify your true goals, so as to devote your energy to achieving what we believe is really important: inner peace, generosity, and harmony in the family.

in this time of renewal, in which you will have the opportunity to give life to new projects, it will be good to review your way of thinking and acting in certain circumstances.

The rune warns that blaming others for one’s failures leads nowhere. Only by learning to recognize your mistakes will you be able to make the necessary changes.

The secret lies, once again, in learning to know each other, striving to act consistently and aimed at those events that will make you feel fully satisfied.

Love: you will have the opportunity to meet a person who will give you pleasant and carefree moments.

It is the ideal time to show off your seduction skills and to indulge in the joys of love.

Work: the rune foreshadows the possibility of carrying out long-awaited projects or interesting prospects for one’s professional future.

However, it recommends deepening knowledge in those subjects that could be useful in the search for new jobs (IT, foreign languages, etc.).

Health: you are full of energy and it will be useful to carry out exercises to channel it properly and avoid states of agitation. Practicing a sport will help you enjoy moments of rest better.

How to work with the energy of the Berkano rune?

The special message from Berkano rune to you 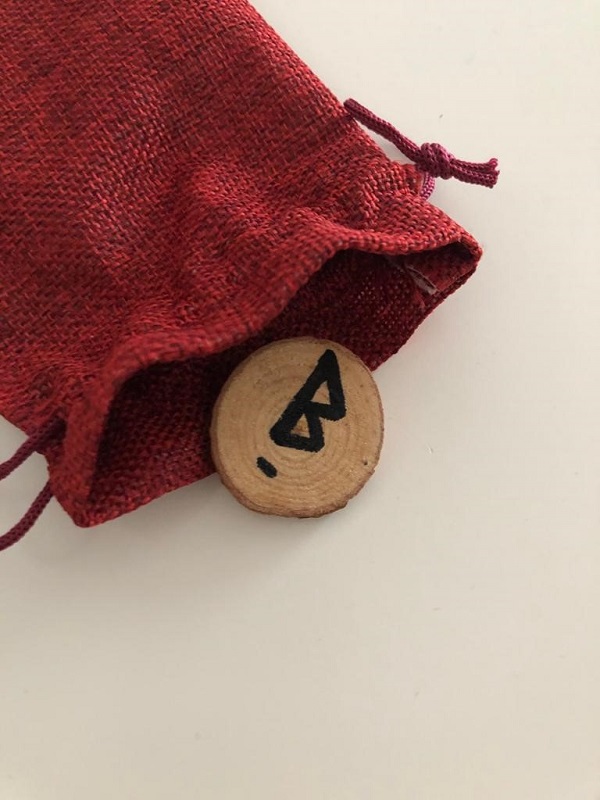