If you want to know what the Wunjo rune means, what its origin is, and how to use its energy to create a better, more positive life, read this article and learn all you need to know about this precious rune.

What does the rune mean?

The Wunjo rune means light and happiness. This rune is the bearer of good news, synonymous with luck and gladness after an adverse period as well as convalescence and self-confidence. It is the reward for the sacrifices made, and the prospects for the future look bright. Wunjo symbolizes the link between the most diverse opinions that blend harmoniously, culminating in friendship and goodwill. This rune also designates the sense of family and patriotism.

It is known as the rune of victory or happiness. Wunjo is associated with the god Odin; it appears to finally announce success after the efforts made to achieve a goal. The feeling of joy and great inner peace that we experience when we live in balance with ourselves and with nature is what originates Wunjo’s appearance.

From the union of destinies, lives, and energies in Gebo, something wonderful and unique is born: Wunjo, the inner child, the innocent, the spirit, the essence, the love that takes shape from the union of the masculine and of the feminine. This is the last rune of Freya’s Aett. First, there was the birth, the garden of Eden, the innocence and naivety that is attacked by adversities of the same nature, and by enemies. Disillusionment is gaining momentum, hope is lost, there is pain and sadness.

But Ansuz brings us an important message, the call, the invitation to take a journey that leads to transformation and metamorphosis, in which all that is separate is brought together. From this is born the divine child, the innocent archetype, the sacrificial victim, the redeemer who carries on his shoulders all the weight of a past that does not belong to him, that of parents, population, culture, and civilization.

Innocence is not the absence of pain, but rather is unconsciousness that will then be found later by becoming more aware of the original pain and purifying it. Wunjo is a part of us in which life grows and flows spontaneously, in a game of transformation and renewal, clear and without artifice, in a natural and spontaneous way like a source of pure, living, and vital water. This concept is well expressed in the myth of the death of the god Baldr, a shining, beautiful being, with an incorruptible, good, and kind soul.

The story begins with distressing dreams in which the god sees his death foretold, and he confides in his wise parents. His father, Odin, then goes to the kingdom of Hel, the world of the dead, where he finds confirmation: in the underworld, everything is ready to welcome Baldr, who is nearing his end. In an attempt to avert the impending doom, his mother, Frigg, gathers everything that exists in the world: plants, animals, stones, and elements, to impose a universal oath: nothing must ever harm Baldr.

Then the gods started a game, which they repeated every day in their assembly. They formed a circle around Baldr and threw any objects, weapons, stones, and poisons at him, because nothing could harm him anymore. Loki didn’t like the scene. Transformed into a mortal woman, he called Frigg to him, managing, by deception, to steal her son’s weak point: the mistletoe that had appeared too harmless to the goddess had not sworn the oath. Loki then collected a mistletoe seedling, returned to the assembly of the gods, and approached Höðr, Baldr’s brother.

Höðr was blind, he could not participate in the game of the gods; Loki then said he wanted to help him, so that he too could have fun like everyone else, and thus please his brother. He then put the mistletoe in his hand and guided him in the launch. The mistletoe flew to Baldr like an arrow, piercing and killing him. The gods, astonished, do not know what to say or do. Then there was Baldr’s funeral, which was attended by creatures of all kinds, not only gods but also evil giants, testifying to how much the god was loved. Odin laid Draupnir on the funeral pyre, a mystical ring capable of generating eight copies of itself every nine nights.

Meanwhile, Hermodr, son of Odin, rode towards Hel, hoping to make the world return Baldr. But the queen of the underworld posed a condition: all beings on earth, dead or alive, should cry, thus demonstrating the universal pain of Baldr’s death.

Only in this way would he be allowed to return among the living. The Aesians, therefore, sent messengers everywhere, getting everyone, including men, fairy creatures, animals, stones, and trees to cry for Baldr. However, in a cave they find the giantess Þökk, who refused to take part in the cosmic mourning, forever condemning the god to death.

According to some, Þökk was actually Loki in disguise. One of the most important tasks in life is to rediscover the Divine Child within us, to understand what he needs, what he wants, what he had to give up, what are his fears, his wounds, take him by the hand, guide him, and let him guide us. The myth of Baldr represents the universal love that parents have for their children and the impossibility of defending them from the cruelty of the world.

Baldr is the wound that is inflicted by the world of adults in the soul of the child, a wound that kills joy, vitality, and spontaneity. But it is our task to defend as much as possible our inner child who is the only one capable of building and always seeing new possibilities, of believing in the incredible, in magic, and in miracles.

When Wunjo comes out upright, it indicates that you are experiencing a favorable moment, as you feel in harmony with life and in peace. It is an ideal attitude to accept changes, to gain confidence in yourself and in what you are doing.

For this reason, Wunjo suggests a “rebirth”, the beginning of a regenerative path, which does not necessarily have to translate into a physical change (of work, residence, or other). Wunjo suggests seeking harmony between the different aspects of life. And in all likelihood, this research will enhance one’s current well-being and make it last.

If Wunjo comes out upside down, it means that it is necessary to free oneself from all the negative experiences of the past (deceptions, resentments, and guilt) that do not allow us to be happily fulfilled in the present.

The time has come to strip off the old and embrace the novelties that life presents.

Wunjo recommends meditating to achieve a calmer state of mind. Patience and perseverance will be fundamental in this moment of crisis: everything happens at the right time; therefore, many problems will be avoided if you can control your impatience.

Love: you are about to experience particularly happy moments. The feelings we experience will be fully reciprocated. If you are in a relationship as a couple, it will be strengthened, but if you are alone, you will feel stimulated to seek love: an essential attitude to be able to find it.

Work: this rune recommends making changes in your professional life, expanding your training, taking on all your responsibilities, or even changing jobs.

Health: you feel fit, but this is not a good reason to neglect taking care of your health. Wunjo recommends increasing the hours of rest, whenever possible, and exercising daily. 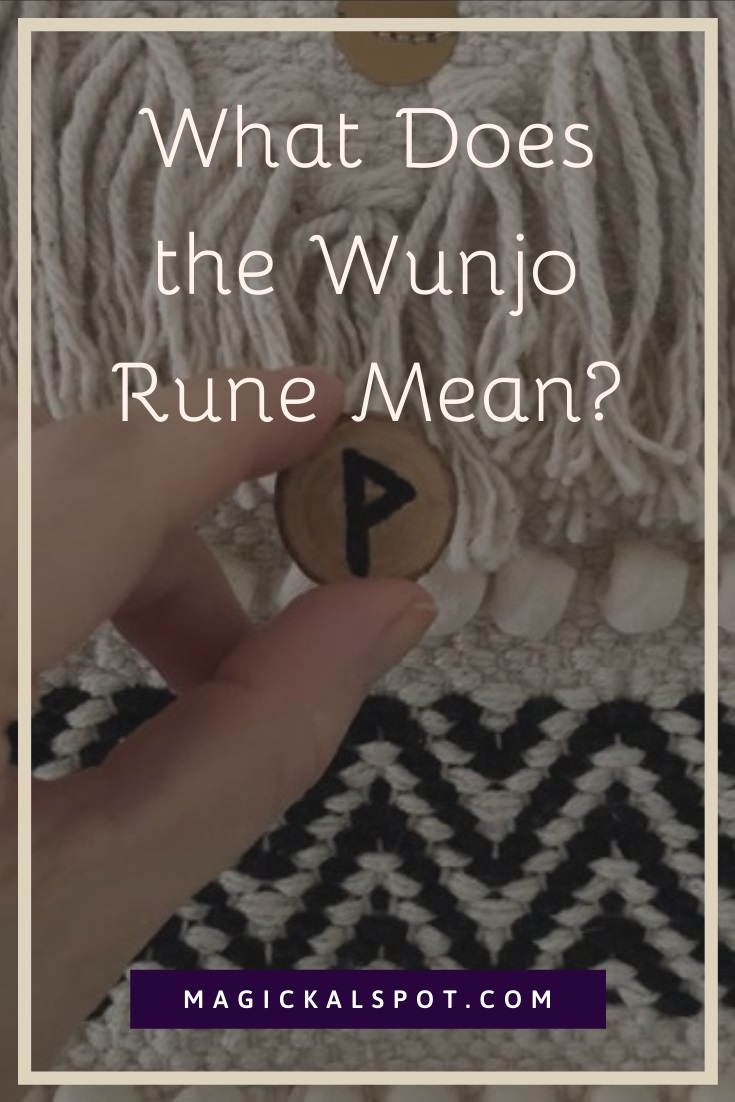 How to work with the energy of the Wunjo rune? 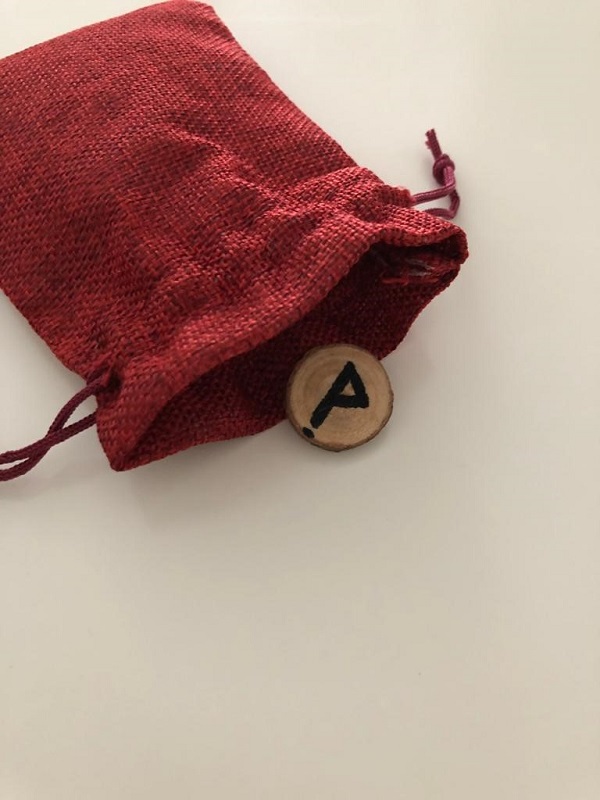 The special message from Wunjo rune to you