What do The Runes on Dumbledore’s Wand Mean?

Being a huge Harry Potter fan, I could not help myself from exploring the magical world of one of the best fantasy sagas of our century by interpreting the runes on Dumbledore’s wand while learning more about this fantastic stunning tool!

Let’s learn more about it and let’s see what the runes on Dumbledore’s wand mean. 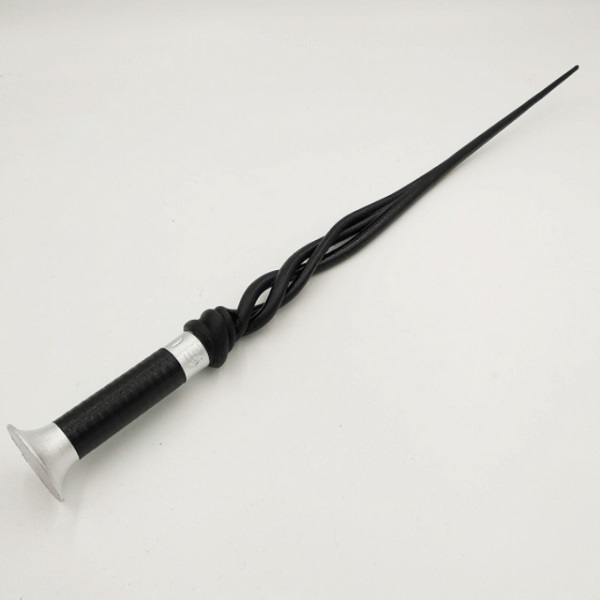 We can interpret this series of runes with this message: use your inner power to defeat darkness. Doesn’t that sound amazing and absolutely in tune with Dumbledore’s mission to bring light and be a light in the darkness for Harry when Voldemort tried to read his mind and control him?

This wand is the one we can see in the Fantastic Beasts movies.

Now let’s focus on the most iconic wand, Dumbledore’s wand that we are used to see in all the movies of the saga. The Elder Wand!

The Elder Wand: One of the most legendary and powerful magical items ever seen.

A wand stronger than all the others but that attracts wizards willing to do anything to get it. What is its history? What are the aspects that distinguish it? Is it really that extraordinary?

The Elder Wand is a very ancient magic wand. Fifteen inches long, it is made of elder wood and has a core of a thestral’s tail hair. They are both very difficult substances to work with, especially the one that forms the heart of the wand. The hair of a thestral’s tail is a particular material that only mages capable of accepting death can control and among these only those who have seen death.

The Elder Wand, in addition to being the most powerful wand in existence, is also recognizable by how it was made. In particular, two elements are notable: the bumps that resemble clusters of elderberries that run along the entire length of the wand and the inlay of bone with engraved ancient runes on it.

What do the runes on Elder wand mean?

The inscription with the ancient runes can be translated as “cheat once”.

Most likely it refers to the fact that with the wand one can only cheat death once.

In the Deathly Hallows symbol, it is a vertical line. It represents the power and invincibility of the gifts as a whole, like a backbone that supports the whole.

The Elder Wand is the most powerful wand of them all.

Its owner can use it to cast more powerful spells than you might imagine.

Harry, for example, was able to repair his old wand using the Elder Wand, even though Ollivander had said that once a wand is broken, nothing can be done to fix it.

Ollivander and Voldemort believed that only the legendary power of the wand could break the link between Harry and the latter.

However, it appears that there were limitations to the wand’s powers, since Dumbledore was unable to cure the people petrified by the Basilisk, undo the curse on the Gaunt ring, and was unable to even overcome the spell on the potion in the basin in the cave of the locket.

All this suggests that the wand can slightly improve pre-existing spells rather than allowing the owner to practice the impossible. 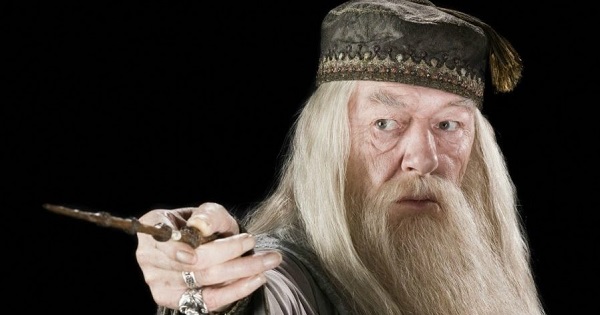 Although the wand was said to be unbeatable, Dumbledore has stated that the Elder Wand, while immensely powerful, never was completely unbeatable, as it has been defeated several times. In fact, for it to pass to a new owner, the wand must be defeated.

However, as it has been passed down that the wand’s first owner was killed while sleeping and not in a duel, defeat is not needed to claim the wand.

It seems that the Elder Wand is somehow more powerful than other wands, even when the user doesn’t really have a claim to it, as seen when Voldemort had it.

It is not known how the wand increased his powers, but it is certain that he never had access to the full power of the wand, because he was never the true owner.

How it became Dumbledore’s wand?

When Albus Dumbledore defeated Grindelwald in their duel in 1945, he became the rightful owner of the Elder Wand. With Dumbledore, the wand was used extensively for good, unlike what happened with the previous owners. Dumbledore did great things with it, earning him a reputation as the most powerful wizard in the world.

In 1996, on the Astronomy Tower, Dumbledore was disarmed by Draco Malfoy and then killed by Snape.

The wand fell from the tower and was then found and buried with its owner.

Dumbledore and Snape had agreed on how the assassination of the Headmaster of Hogwarts should go. Since Dumbledore was ready to accept death, when Snape killed him he would not be defeated and therefore the power of the Elder Wand would be nullified.

However, not everything went as Dumbledore planned, as he was disarmed and then defeated by Draco Malfoy. Without knowing it, Draco had become the new owner of the Elder Wand!