Have you used a Ouija Board and then decided to eliminate it? Are you now considering all the pros and cons of throwing that board away? This is the article you need to read then!

What is a Ouija Board?

The Ouija Board is a panel on which the letters of the English alphabet are engraved, the answers “yes” and “no”, as well as the numbers from 0 to 9 and a sign indicating the exit. In some variations, the words alive and dead are also present. The Ouija board is a tool used to communicate with the afterlife, with the world of the dead. During a séance, one or two people hold their hands on a pointer (a sort of triangular plate) which the spirits would then move to compose words and phrases.

Through this tablet, the spirits would communicate with the bystanders by answering the questions that are posed to them.

How to use it?

The Ouija board is one of the most widely used and “famous” esoteric objects in the mediumistic field: considered by the layman only a game or little more, it is instead considered, rightly or wrongly, by the religious an instrument of contact with the devil, and by the occultists a door to get in touch with the Hereafter. According to some, one way to use the Ouija board best would be to have people with mediumistic faculties intervene in the session.

The Ouija board is very simple to use. Its operation is quite intuitive: although there are rules to be respected during the séances (we will see these rules later), no particular mediumistic skills are needed to understand how to use the Ouija board.

Online, it is also possible to find numerous photos, videos, and articles of people who explain how to use the tablet to get in touch with the world of spirits.

Ouija board: the rules and possible dangers

After understanding that it is extremely simple to use a Ouija board, and beyond the various debates on its real functioning or not, let’s now go on to explain why it is necessary to pay extreme attention to its uses and the purpose.

Many consider the Ouija board a tool that really manages to connect with the world of the dead; others are rather skeptical, and others speculate that it is all unconscious suggestion.

Some argue that in the course of the sessions, not only astral entities and spirits of the dead are manifested, but also the unconscious of living people (hence the words “alive” or “dead” affixed to some tablets). Some rules should be observed if you decide to practice a séance in which to use a Ouija board.

What if you throw away a Ouija board used for witchcraft purposes?

If you throw it away after some witchcraft and divinatory purpose like connecting with the dead, and you used it without the supervision of an expert in spiritism and the occult, there might be a few problems.

You might not have conducted the session properly; before each session, it is necessary to carry out a ritual of the purification of the environment and of the instrument; each session should be conducted under the supervision of an expert medium, and taking a series of precautions (pentacle, protective circle, etc.).

The candles used during the session must be of a precise color; not black, for example, to avoid unwittingly calling evil entities.

There are serious dangers associated with careless use of the Ouija board. On the internet, there are numerous testimonies of people who have used the tablet with a light heart, perhaps to spend an unusual evening with friends, without worrying about the consequences.

The main danger in which one can run is that represented by the fact that, if one is not aware of the adequate method of closing the rite, it is possible to leave a gap between the world of the dead and that of the living; opening through which any kind of evil entity called up during the séance can sneak in and remain. The spirit could haunt the place where the ritual took place or even take possession of one of those present, without the latter being aware of it.

In the astral plane, there are particular entities called “shells” and “larvae”, which are worth mentioning. The shells are residuals, convoluted, of entities that have managed to pass to a higher level; the larvae are represented instead by the amalgamation between shells and negative thought-forms, and which form disgusting and dense masses located around us, invisible and attracted by similar vibrations: the larvae feed on these vibrations, and this is also the reason for which, at times, one comes out of a séance with the feeling of being drained and depressed … since someone has “fed” off our vital energy. 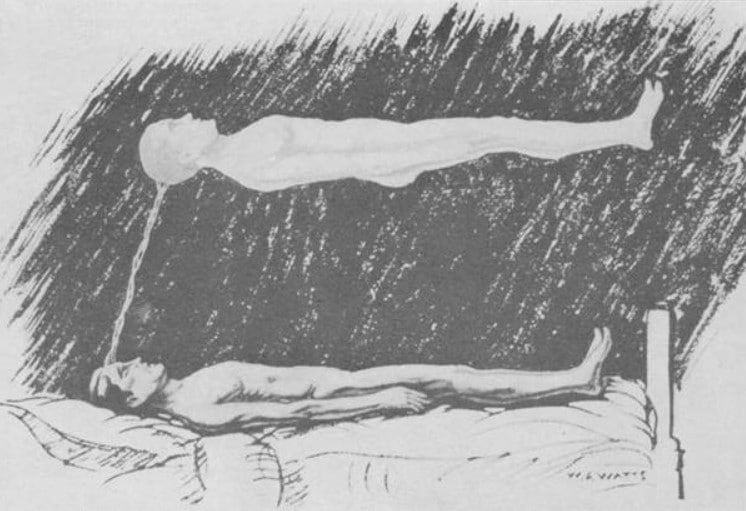 The greatest dangers connected to the Ouija board are represented precisely by these improvised circles, in which it is rare for real entities to intervene for the most part they are, in fact, shells and larvae.

Related:
How to Close a Ouija Board Session Safely? (Rules & Tips)

How to throw an Ouija board away after using it for witchcraft?

Make sure you close the session properly and you respect all the rules of a safe Ouija board session. After that, you can cleanse the space and store the Ouija board until the next session, or, if you want to throw it away getting rid of it after a bad experience and you think the board became a portal to negative entities, is better for you to bring it in a wide-open field away from your house and burn it. Don’t forget to burn the planchette as well.

If it wasn’t used for witchcraft purposes

If you used a Ouija board to make a few pics or something like that, you can throw it away in a trash can away from your place, cleanse your space and that’s it. That’s all you need to do since you haven’t opened any portals.

If the Ouija board was opened and not used

If you opened the Ouija board box but haven’t used it you can put it back into the box and get rid of it whichever way you want. If you need to, you can keep it at home. Simply put it in a place out of sight and forget about it!

If it was still packaged and never opened

You can throw it away whichever way you want, you can even return it without any other action required!

Are Sigils Safe? (Should You Have One or Not?)
Next Post: Is Voodoo Witchcraft? Is it a Religion or is it Black Magic?