Difference Between a Pentagram and Pentacle [Explained]

I decided to write this article so that people know the real meaning of these symbols, since television, cinema, etc., have distorted their meaning, and instead of informing us about the truth of these symbols they have confused people even more. Disinformation makes us sometimes confuse reality with fiction and judge or fear something without fully understanding it.

Plus, modern culture often considers these two symbols as the same! That’s why I would like to educate you and inform you so that once and for all fear of these symbols will be lost and you can use these symbols in your craft with a positive and mindful approach! Let’s see then what’s the difference between pentagram and pentacle.

Difference between these two symbols

First of all, I would like to explain the difference between the pentagram and the pentacle, since I also confused the two at first. There are pages on the internet that do not fully explain anything about this, assuming that both symbols are the same when this is not the case.

There is no doubt. It is the five-pointed star. We can distinguish between the standard, the inverse and the averse (although the latter two are not visually different unless we include a reference to what each point represents). It generally has to do with representations of the elements or one of the theories of spiritual advancement (the spirit over the elements or the elements over the spirit).

A pentacle is, in its basic form, a pentagram surrounded by a circle. Among its most common uses are: representing the Earth element and use as an energy-closing tool (either in a large line or, for example, on an object located on the pentacle, of the energies summoned in a ritual).

The pentacle can be a little “complicated”, making the circle double and including something in the space delimited between the two circles, but that already brings us closer to the concept of a pentacle.

The pentacle is one of the oldest known symbols and although it is impossible to trace its origins with 100% accuracy, it seems to come from ancient Egypt, where it was a representation of the supreme god Horus. Later, the followers of Pythagoras used it as a badge and password to identify themselves. Later, the master alchemists considered it a synthesis of a powerful symbolic form. It synthesizes the union of unequals and is considered a small-scale cosmos that combines masculine and feminine principles. 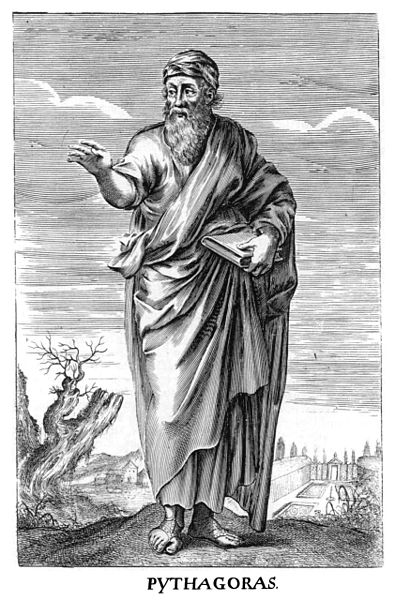 Among the Freemasons, this five-pointed figure was baptized with the name of the Shining Star and was considered a symbol of the genius that elevates souls and allows it to fulfill great objectives. Fundamentally, the pentacle is a pagan religious symbol. At present, the term “pagan” was beginning to be synonymous with satanic and evil, when this is not so at all. The word pagan comes from the Latin word “pagus” which means forest and “paganus”, an inhabitant of the forest or the village.

It is a reference to a time when the urban cults of the empire were established as the official religion, thus giving an elite character to the spirituality of the empire, while the people of the countryside carried on the old rites and followed their ancient gods, for they were seen as “infidels.” Urban Christians used this term in a pejorative way, alluding to the religions of the peasants, which over time made it acquire a new meaning, that is, “man without God”, since according to the Christian criteria, their religion was the only true one.

Many interpretations have been given to the meaning of these symbols.

Which one should I use to cast my spells?

If using a circle is your thing you should use a pentacle as it is going to enhance the power of the energy, summoning all the elements and giving you full protection.

The Star positioned with the point directed upwards is considered as the sign of good and a tool for evoking benevolent spirits. Tradition has it that for the Satanists, the Star has the point down and two others up; it would thus become the symbol of evil, of Satan, and would be used to evoke evil powers. But in reality, those who turn their lives towards negativity do not need either pentacles or Satan, it would be enough to look around and they would be satisfied in the search!

There are various types of pentacles, more or less elaborate. Some to be used exclusively for ceremonies, others to be placed on the altar or to be worn.

Witches have the custom of wearing it around the neck as a protection and as a symbol; it is mainly made of silver (metal linked to the MOON and therefore sacred to the Goddess). The use is manifold, for that of protection, invocation, and consecration. Placed on the altar, it concentrates the energies of the five elements within it, allowing you to load the objects that are placed on it.

During the ceremonies the priestess traces it in the air with incense, Athame or even with the Wand. This serves for the invocation of the elements, in fact in the Wicca tradition he interacts with the elements, one is represented for each tip.

The position is what truly matters

However, you need to know one thing about the Pentacle, whether you use it as a symbol hung around your neck as a sign of devotion to your faith, or as an instrument on the altar, it is the position in which you place it that makes the difference. 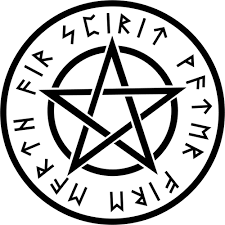 The Pentacle if you use it upside down is NOT a satanic symbol and therefore does not recall negative energies. Inverted has different energies, suited to different, more materialistic purposes. Personally, I never use the inverted pentagram and not because I think it is diabolical, but because I prefer to have control over the Elements and everything in my path

In the rituals, it is traced at the beginning of the ceremony by addressing the four cardinal points (north, east, west, and south) with an incense stick, with the fingers or with the Athame to “open the portals” from which the guardians of the elements will come to our circle for protection during the celebration. Remember that when you have finished the ceremony to repeat it to thank them and close the portals.

Remember, however, that what matters is the true meaning that you attribute to symbols in general because it will be that belief of yours that activates energy mechanisms that will bring you what you ask for. So be careful about using symbols if you don’t have good intentions.