We often hear talks about the evil eye and most of us, especially if we are dealing with witchcraft, know what it is but, where did the evil eye originate?

Let’s dive into its origins, its first traces, and more notion to recognize it and how to defeat it!

What is the evil eye?

The evil eye is a form of common superstition in many cultures, which we can find in the present and past and has managed to survive for centuries despite historical and scientific developments.

Negative energies are sent through the evil eye, that are rather mild, compromising some aspects of the recipient’s life: physical and psychic weakening, bad luck in love, or at work.

Where did the evil eye originate?

The evil eye has ancient origins and is found in all cultures and traditions of the world. The first certain signs of the evil eye were found on the Egyptian papyrus about 1200 years before Christ.

The Quran also refers to the evil eye in the last two Sures, defining the concept similar to how we understand it today- as the result of an envious individual who emanates negative energies towards someone else.

As we get to present times, the evil eye concept has crossed Jewish, Christian, and various philosophical conceptions. Nowadays, however, it is considered a simple popular superstitious tradition.

The evil eye is on me or is it a curse? Differences between an evil eye and curses

Evil eye and evil can confuse those who do not know much about them. While the evil eye is a form of lighter magic that negatively influences some aspects of the life of the poor unfortunate person. On the other hand, the purpose of the evil spell is to eliminate the person, through illnesses or fatal accidents.

The curse is a higher form than what professionals call Black Magic, which differs from White Magic and Red Magic because it is used to do harm rather than good.

From this point of view, the evil eye can be compared more to the process, which consists of damaging the target in the manner chosen by the principal.

Signs that the evil eye is on you

The most frequent symptoms found among people who claim to have been the victim of the evil eye have mostly physical problems that do not improve with the use of medicines: headache, drowsiness, and feeling of exhaustion.

But it does not end here; someone who is a victim of the evil eye can often notice an increase in unfortunate situations in the performance of their usual daily tasks, a sense of fear by looking in the mirror or restlessness and annoyance when going to church or in the presence of all that is sacred.

Protection and remedies for the evil eye

There are various philosophies on how to protect and get rid of the evil eye: each area has its methods handed down from generation to generation and every professional in the sector rejects these practices and uses other tools.

The most used way to protect yourself from the evil eye is the pentacles and the astral protection, suggested by professional magicians, or lucky charm amulets of popular culture, which can vary depending on the cultural and social contexts: for example making horns with the fingers of your hand, touching an iron or wooden object, or for devotees, to bring a holy picture or wear a necklace with a crucifix. 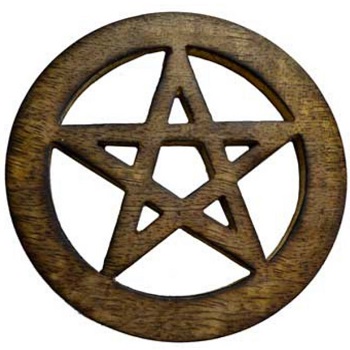 Especially in southern Italy, where I used to live, there is a very ancient Christian tradition of having the priest bless the houses, purifying the inhabitants and the house, to ward off negative and evil energies.

To know if you are a victim of the evil eye, and how to get rid of it, you must not let yourself be carried away by the traditional practices of local folklore. You must resort to professionals who will know how to intervene.

The most used practices are interesting for those who prefer to do it themselves. There is the ritual of oil: pouring drops of oil into the water if the drops of oil widen then that is the confirmation of the evil eye. In this case, the ritual must be repeated several times to eliminate negativity.

Other traditions instruct that those performing the rite should draw a cross with an iron object in correspondence with the person to be treated. As he makes these gestures, a litany murmurs through which calls the evil one back into his body, expelling him through reactions of the body such as tears and yawns.

Some other traditions still use salt: a handful of salt is thrown in four places on a plate, as if you wanted to make the sign of the cross, whispering a prayer and passing the plate over the person’s head three times. I wrote more about this topic here.

Why do people believe in the evil eye?

Those who speak with people who believe they are victims of the evil eye think they are naive people, popular and attached to the outdated mentality of popular traditions.

Indeed, people from rural or very religious backgrounds believe in the evil eye. But in reality, Christianity goes against any belief inherent in the evil eye, tarot cards, and magick, yet many believe in both God and the evil one.

But what makes you believe in the evil eye?

As it’s all about the energy, vibes, and attractions, I firmly believe that if someone is making bad negative thoughts on you and sending this darkness your way your soul is going to absorb it. I think our souls and spirits are like a sponge, always ready to absorb everything from what it’s within us and around us.

I’m scared and I don’t know what to do. Can you help me?

Of course! If the evil eye is on you, we can discuss it, to find the best approach in sending these bad negative energies away and help you find your happiness and balance back again.

You can rely on a banishing spell and if you know someone has to be excluded in your life, together with a cleansing spell is the perfect and most effective magical combination of them all!