Sagittarius is a fire sign and the sun is in this sign from the 23rd of November to the 21st of December. If you are a Sagittarius you may be looking for a way to work with your sign’s energy. Did you know that there is a special deity associated with Sagittarius? Knowing who this deity is and how to connect with it can truly become a way to unveil your best qualities.

Let’s find out more about it!

Which deity is associated with Sagittarius?

Zeus, God Of The Sky And Thunder

Zeus was born in Crete. According to Homer, he was the first-born son, while Hesiod indicates him as the third-born; he was hidden by his mother in a cave on Mount Ditte, as Cronus used to eat his children, to avoid the fulfillment of the prophecy that he wanted him to be dismissed by his own son. He was fed by the goat Amalthea and guarded by the Curetes, who made sure that his cries could not be heard.

When he became an adult, he dethroned his father, with the help of his mother Rea, during a war that lasted ten years. He was joined by the Giants and the Hecatonchirs.

He divided his father’s kingdom among the brothers by lot: Hades obtained the underworld, Poseidon the inland waters and the sea, while Zeus had power over the sky. All three were interested in Earth and Olympus.

Originally Zeus was the god of atmospheric phenomena, who cleaned the sky or covered it with clouds, dispensed rain, and hurled lightning.

Zeus was not a creator god, but a father god (pater familias), head, and protector of the family of men. In Zeus, the Greeks saw above all the expression of a solemn, severe, and just paternity.

The gods have a deep reverence for him, when he frowns everyone trembles; the same forces of nature obey him, he guides and directs everything, punishes the sins, and rewards the virtues. His ire is terrible, but never savage; indignation, however profound, never causes him to lose control of himself.

Its fundamental characteristic is an inner serenity, called precisely “Olympic” that is proper to Olympus, the seat of the gods, which remains intact even in the most serious moments of anger and allows it to always be right.

As a celestial god, he is lord of storms and lightning: a bundle of lightning is indeed his characteristic weapon and his emblem, as well as the eagle, a bird sacred to him, which is a symbol of his power, his intelligence, his majesty.

But what makes this god human above all is his awareness of not being omnipotent, that he too must obey, like other gods and men, the decisions of a superior and inscrutable force: Fate.

The decrees of Fate are often contrary to his wishes; men dear to him are sometimes doomed to premature death which he cannot prevent; his own children are affected by misfortunes which he cannot avoid; he himself will have to perish one day because the gods of Greece, though called immortal, will have to fall at the end of time, when everything will dissolve and only Fate, the absolute law, will remain.

Zeus accepts his limits and serenely expresses his power while knowing that it is not absolute and is destined for annihilation. 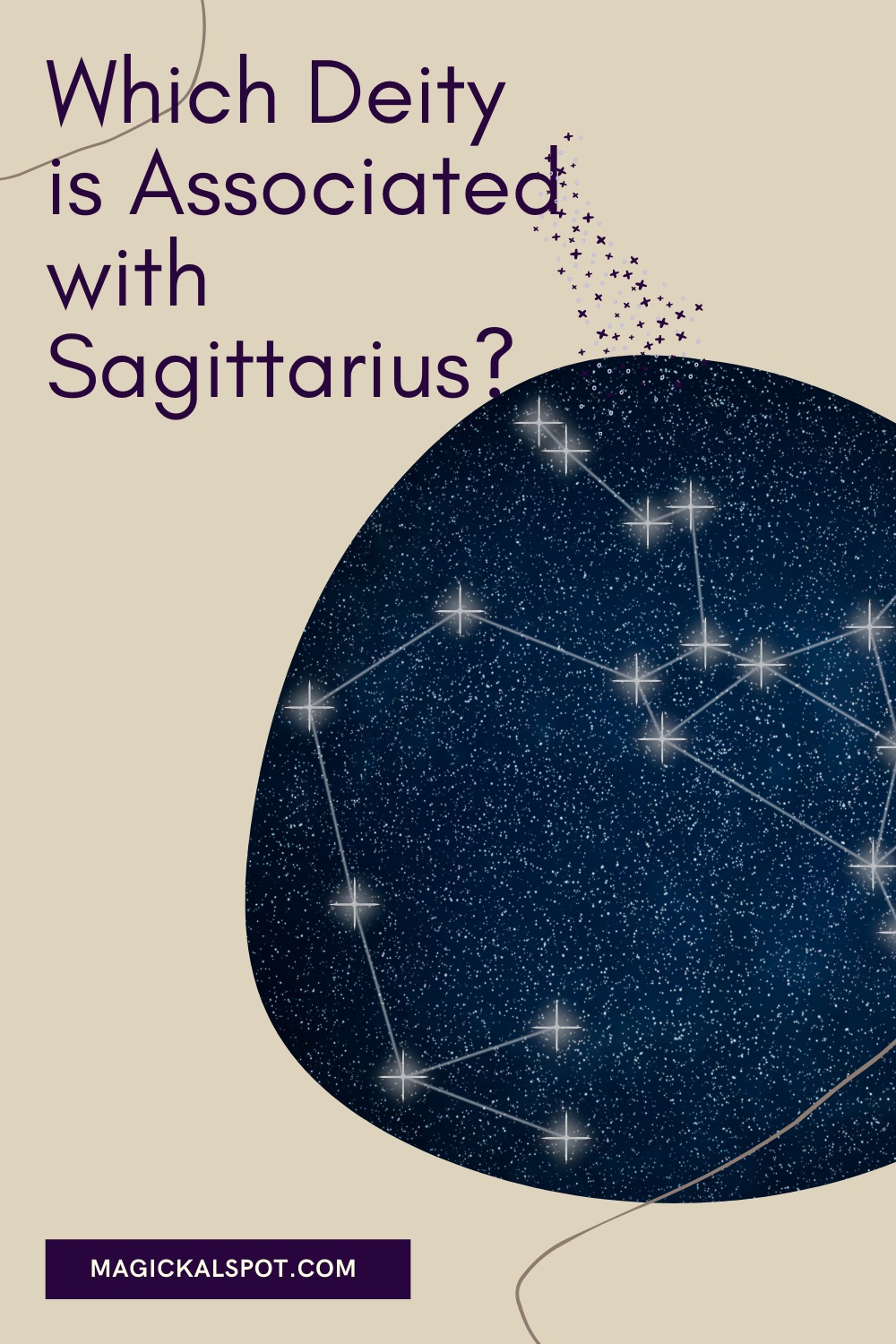 Main qualities Zeus has in common with the sign of Sagittarius

Sagittarius’ wisdom and inner balance establish a deep connection with Zeus. Just like the deity, a Sagittarius needs to discover the world and those involved in making it go around from a place of power but also wisdom and patience. Instead of being satisfied with what is around him, he prefers to experiment and face the most eccentric situations in order to experience new emotions and sensations.

Sagittarius is related to Jupiter, the largest of the planets of the Zodiac.

Symbol of luck and prosperity, this planet makes Sagittarius an often lucky and satisfied sign. Its size also makes this planet a symbol of growth and construction. In everyday life, the Sagittarius always shows an extraordinary enthusiasm, an irresistible irony, and an innocent curiosity.

The first difficulties could be felt when Sagittarius is prevented from following his wishes. The influence of Jupiter makes this sign eager for freedom, travel, discovery, culture and philosophy.

Known for his honesty, Sagittarius can sometimes prove impatient and not very diplomatic in words and deeds, so it will be his job to learn to express himself in a calm and respectful way. Kind, nice, and always in a good mood, Sagittarius have numerous qualities.

First of all, they have a great spirit of adventure; they are real-world travelers who love to discover and go on vacation in every part of the globe. They always have a good anecdote to tell and some wonderful photos to show. Their open-mindedness is also a plus. They are always happy to welcome and discover different cultures, new languages, and lifestyles different from their own. And all this without ever judging others, they are content to learn and discover, always with an attentive and amazed look.

Sagittarians are understanding and tolerant, you will never hear them say “I told you / I warned you / if I were you I wouldn’t do it”. They are always ready to forgive their friends and give them a second chance because, after all, to be wrong is human. Their spontaneity is a breath of fresh air.

Whether at work, with friends, or family, Sagittarians never pretend to be what they are not for the sole purpose of pleasing others, they show themselves for what they are, without filters. They remain themselves in all situations. Their spontaneity is contagious! Zeus has a strong potential, just like Sagittarius, but he knows that there is no benefit to using it all at once! His humble energy and his strength are the main qualities they share.

How to connect with Zeus?

To connect with Zeus, you can bring some clarity in your life and try to be a silent mentor for others. You can support others without being too bossy but simply being there to help when needed. Introspective practices are great to let Zeus know you are both on the same page, especially when it comes to finding your inner peace and becoming aware of your true potential.