What’s a Dead Bird Omen About? (Good or Bad?)

Birds are beautiful animals that in many cultures symbolize messengers of the divine. Birds have different meanings depending on the state in which you find them. A lot has been said about dead birds as omens, but what’s the truth?

Maybe you found a dead bird outside your house and now you are scared of something negative happening to you. I have your back!

If you want to find out what it means to find a dead bird then you have come to the right place, because I am going to explain its meaning in detail.

What it means to find a dead bird in your house, door, or yard?

If you found any type of dead bird anywhere in or around your house and garden, you should know that this message is not totally negative. You won’t die in the next few days and it doesn’t mean chaos and destruction.

Finding a dead bird means death, but not necessarily a literal death. It could symbolize the death or end of a stage in your life, a failed relationship, a bad financial situation, and so on.

The symbolism of a dead bird is that whatever is not working well is now dead and that you must be ready to move on with the new opportunity that has been presented to you but that you have been ignoring for some time. Protection Spell Casting creates a protective shield around you. It protects you from evil and negative energy, for a period between 3 to 6 months. It’s an instant spell, you don’t need to wait days for it to become active.

Generally, people believe that the omens of dead birds at home are sinister, but paradoxically, as said above, the death of a bird simply represents a new beginning, since spiritually death is not an end but a transition.

Based on this, finding a dead bird could actually be a good omen.

On the other hand, if the bird is dead in your window or patio, it may mean that you are about to encounter an obstacle in your life. But again, because this omen is a sign of renewal, that obstacle, once removed, will reveal something new and better in your life.

Related:
Is It a Bad Omen to See an Owl? [Superstitions Explained]
How to Remove Bad Omen from Home? [Powerful Methods]

In all cultures, the bird, with its wings, its song and its egg, is perceived as the best visible manifestation of the central intangible values such as spirit and soul, or, to put it in another language, energy. Wings and feathers represent the magic of the bird’s flight that challenges earthly gravity without following or leaving a trace, and such has always been of interest to the human imagination. 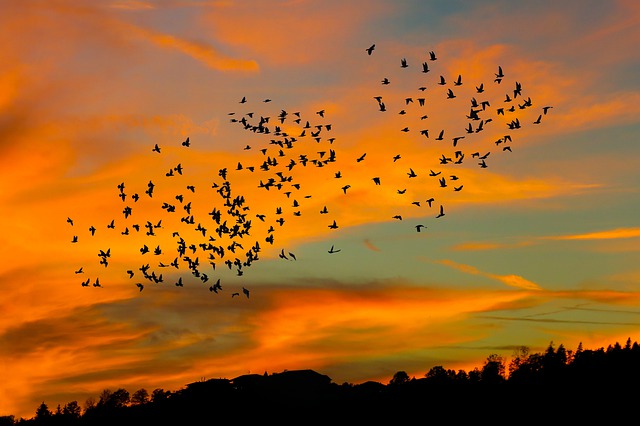 The bird represents total freedom, beyond the limits of space and time, the overcoming of earthly conditions. They see the world from above and become guides; since they fly between heaven and earth, they are heavenly messengers, like the angels in charge of a mission, if not the direct manifestation of the divinity. The soul of the dead, the inspiration, and the activity of the spirit have always been represented by birds.

Every form of psychic energy, as well as the sacred genus, depicted with wings, sometimes at the feet (Mercury), sometimes with a protective cover. In few words: with its flight, the wing, and the feathers, the bird embodies the spirit.

Add to that the inspiring song, the bright dress, and the wedding dance that express hope, the joy of life, and the pleasure of affirming oneself. The bird announces the dawning day and spring and faith in the light and in the cycle of renewal.

If you find a dead bird and you think you’re the target of black magic, ask yourself the following question.

‘Did the bird have obvious signs of mutilation, wounds, or burns? In short, are there signs of violent death?’

In these magical practices, the carcass performs two actions: symbolic and carrier.

The magician acts to transfer what the poor creature has suffered to whoever wants to strike (symbolic action), and the carcass is the vector itself that transmits the pain that one wants to convey (vector action).

So far, however obscene, nothing transcendental.

However, the caster, in order to correctly finalize this type of operation, must act at precise times, with suitable tools, and following rigid rituals.

In other words: composing a sigil is sufficient to obtain protection without involving third parties.

Therefore, even in the case of curses, these can be addressed without any need to involve poor animals.

At this point, a second question arises:

‘When did you find the carcass?’

You could go back to the supposed times in which the rituals were performed (if there was any), and try to understand which powers were involved/evoked.

Related:
Powerful 27 Bad Omens Everyone Should Be Aware Of [A List]

I found a dead bird: what can I do?

Try to stay positive and don’t see it as a fatal message. In particular, don’t go looking for a source of black magic when there is none. Notice how you feel lately and notice if something changes in the following days.

If some bad things start occurring, don’t freak out as it still might be a sign that a change is coming. Those challenges could be preparing you for a superior outcome. Embrace change if it comes around and try to face it with an open mind and an open heart.

If some negativity is around you then you can cleanse your space and protect your house with spells, rituals, and prayers, but still, try to don’t get too obsessive! Fight negativity with positivity. Fight any eventual darkness with light and you are going to notice how the energy around you will shift for sure!