Do you think you are under a black magic spell or curse? If your life seems all over the place and you don’t feel like yourself anymore, take some time and read this article about all black magic symptoms to find out if that’s the case. Let’s take a look at these symptoms and learn how we can fight them back.

You can also email me at [email protected] if you want to talk about your situation. 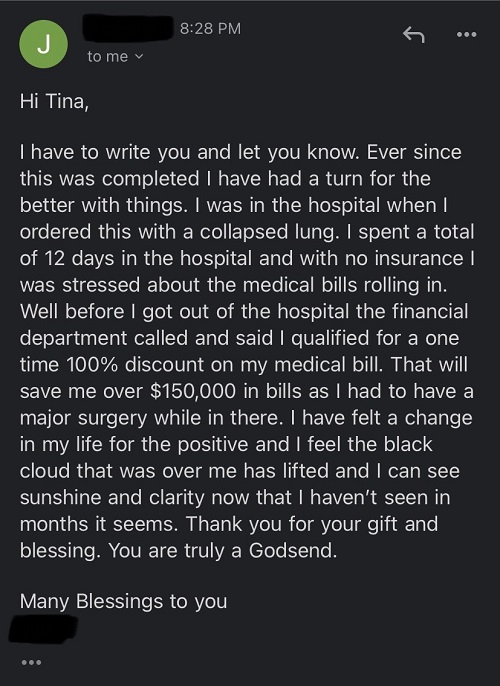 Black magic and its powers

Black magic is the dark art of sending a curse with the aim of damaging an enemy. Almost all humans are potential victims, however, those who claim to be oppressed by black magic are not.

The reason is very simple: a black magic prevents the victim from “asking for help”, otherwise it would have reduced efficacy and danger.

Now, to understand if an individual has a black magic spell on them or not, an analysis by a serious operator is necessary.

In general, divination methods are used with the help of the Tarot Cards (Minor Arcana), Pendulums, candles, and more.

An ancient and very effective method consists in burning a properly “loaded” candle. By observing the color and shape of the wax, it is possible to understand if an individual is cursed, and (in case of a positive answer) what kind of magic it is.

However, in the absence of a real witch who knows how to use these methods of detecting black magic, there are several symptoms that can act as a “wake-up call” and that can be observed by anyone.

Often people affected by black magic undergo obvious changes to the point that family members sometimes no longer recognize them.

You can notice nervousness and mood swings, or the collapse of very important friendships and affections up to that moment.

In other words, a “normal” person, under the effect of black magic, can become “strange” and change ideas and habits.

Certainly, it can present symptoms easily attributable to a normal nervous breakdown, or to tiredness, depression, etc.

In the specific case of “love spells” (so-called ligaments), there may be sudden changes towards your loved one.

Sometimes sexual intercourse is no longer appreciated or sought after. That is, there is a real drop in the victim’s sexual attraction towards the loved one. Or the opposite case could occur with an unjustified increase in sexual desire.

If you want to learn more about all the symptoms of a love spell check out this article!

Those affected by black magic are no longer be the same because they are totally demolished by influences and evil forces that subjugate their being, spirit, soul, and body.

No reasoning can make them abandon this state of affairs and the soul no longer obeys the old affections but undergoes a complete crumbling with consequent cancellation of the personality.

Often, in addition to these effects on a psychic level, the victim (and sometimes people close to them) encounters strange noises, unpleasant smells, movements of objects, or sensations of fleeting shadows; that is, unusual and invisible presences in the house.

What if there was something else behind these sensations and situations? Can we be sure that these are not black magic spells?

Depending on the purpose to be achieved, there are in fact different kinds of black magic: hatred, separation, estrangement, love, the rites of financial misfortune, etc.

Those who want to throw black magic against someone often resort to black magicians.

Black magic spells or rituals are recognizable by certain symptoms. If you think are a victim of black magic, I will give you a hand below to find out, listing the symptoms that people affected by black magic usually show.

If the information I give you in the next paragraphs helps you to remove further doubts, consult a black magic specialist as soon as possible.

They are the only expert figures able to cancel the curse without the risk of causing further damage. In fact, as it can be done, the black magic can also be canceled.

Just don’t waste too much time.

Black magic may not always guarantee 100% effectiveness, but since ancient times, many people have used it. The rich literature on the subject, moreover, testifies even more how it is a serious practice that requires a lot of skill in implementing.

Black magic experts get in touch with very powerful spiritual entities and try to manage them in the best way in order to satisfy various customers. Through rituals and spells, it is possible, among other things, to cast black magic against certain people. These black magic spells can cause the victim a lot of suffering.

After all, black magic is much more powerful than white and red magic, and therefore the effects produced are not only stronger, but also faster.

How can you determine whether or not you are a victim of black magic?

Both the psychological and physical symptoms of people affected by black magic are so many that it is impossible to compile an exhaustive list.
However, below we will review the main signs of black magic.

Often the most common symptoms of black magic can be easily confused with other types of symptoms, related to stress, sedentary life, or poor nutrition.

In several cases, however, if one or more of the following symptoms occurs in you, you may be the victim of black magic:

In addition to the black magic symptoms listed above, you may also experience some more specific ones, depending on the type of evil you are suffering from. Depending on whether it is a love spell, a suffering spell, a separation spell, a removal spell, a hate spell, or financial disgrace spell, you may have:

Therefore, if you experience one or more of the symptoms just described, think about whether there is a person in your life who detests you, or could detest you so much as to commission a wizard of black magic against you. For example an envious mother-in-law, a rejected lover, a false friend, the lover of your husband or wife, etc.

If you want to know more about how to protect yourself from black magic curses, check my article about it!

Do Love Spells Really Work to Get an Ex Back? [Find Out How]
Next Post: Where is Voodoo Practiced? [Beliefs in Different Countries]