The last zodiac sign is not less intriguing than other signs! On the contrary! It’s a strong funny and versatile sign and there is a lot to learn about it! For example, what is Aquarius’s spirit animal?

How can we work with the energy of this spirit animal?

What is Aquarius’s spirit animal?

Aquarius’s spirit animal is the dolphin. Just like his spirit animal, an Aquarius is selfless, generous, and committed to making the world a better place. His greatest desire is to see man’s living conditions improved, which is why he focuses his attention on social institutions and their functioning (or non-functioning).

He is visionary and innovative, he likes to spend his time trying to figure out how to make things better. He is also very good at involving others in his projects, which is why he has a multitude of friends and acquaintances. Aquarius is convinced that improving the world is a process that requires collaboration between all people. 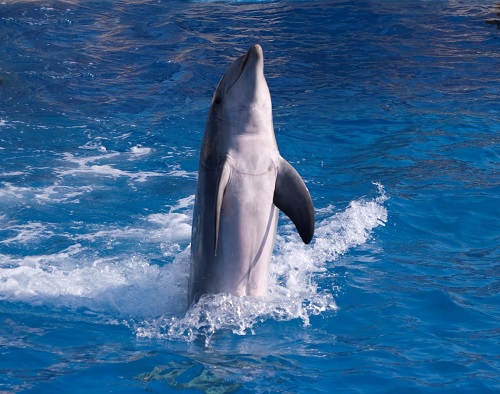 If the Aquarius feels happy every time he is able to propose a new solution or idea, he is even happier when he is in agreement with the people around him. Those who oppose his proposals will immediately understand that Aquarius can be impatient and even irascible.

He remains firm on his positions, in accordance with the typical qualities of the sign. Although we have said that the Aquarius is very generous, it should also be emphasized that often this giving is limited to very specific conditions dictated by the need to be peaceful.

Generally, this means needing large spaces, as he loves to feel free and feels the need to move continuously (he loves to travel), just like a dolphin swimming all around the ocean. If the Aquarius is altruistic and sensitive, it is also true that he is more inclined towards generosity when things go in a certain way, his own.

Some may think that his behavior is rather eccentric, but if you take into account Aquarius’s sincerity of mind, some oddities can also be forgiven. In his own way, the Aquarius gives great value to his friends or family, and always wants to give the best.

Aquarius will achieve many goals thanks to his great intelligence (just like the dolphin!), developing revolutionary ideas for the good of humanity. He is also very creative on an artistic level, selfless, and determined to make a difference in any situation.

In sports, Aquarius loves to surround himself with many people, preferably friends or family; however, if he doesn’t know the other “players”, it won’t take long to get to know them! He loves colors that recall the shades of water, such as quicksilver or aqua blue.

Even in matters of love, Aquarius will show his exuberance, even going so far as to be provocative. While playing the part of the ultra-protective one towards his partner, he is the exact opposite of the jealous type. His best qualities are creativity, altruism, and intelligence.

He is determined to make the world a better place and to provide relief to all who need it. He is the innovator of the zodiac.

The dolphin has always been an animal that has been appreciated: this is why we often see it as the protagonist of films. We, therefore, must dedicate an article to the meaning and symbolism of this animal.

In many cultures, it is considered the king of the sea, it is attributed to abilities and characteristics typical of royalty (not of the dominant ones). One of the qualities to which it is most associated is that of grace.

The main values and keywords that represent it are transcendence, consideration, chivalry, harmony, intelligence, friendship, sense of community, resurrection, power, and various others.

For Christians, as a symbol of resurrection, dolphins are very important animals. Some artists use the characteristics of balance and peace typical of these animals as a message of well-being in relation to the purity of the heart.

Some legends tell that dolphins were in charge of transporting the souls of dead people leaving their bodies in the terrestrial world; this myth originates from Greek culture, in which it was believed that these animals were responsible for the transport of souls.

Also from Greek culture derives the dolphin’s association with two elements that may seem opposite to each other: on one side the sun and on the other the moon. Among the solar characteristics associated with this animal, we find an activity, enthusiasm for life, health, renewal, and intelligence. The characteristics of intuition, hidden power, conception, and femininity are closer to the lunar symbolism.

It is important to understand this duality as the dolphin relates to elements that may appear contrary: the world of mammals and the world of fish, air, and water. Since the dolphin personifies two different worlds at the same time, a symbol to which it can be associated is undoubtedly the yin and yang.

In Celtic culture, dolphins are honored and considered protectors of water, not only of the sacred kind but also of any other element related to it.

Finally, the dolphin is also considered a symbol of protection. This is due to the numerous stories in which these creatures save sailors. Even if we cannot be sure that this really happened, there is no doubt of the friendship that these animals are capable of forming with some human beings, even in the form of protection.

Dolphins are in fact an extremely empathic species, capable of emotionally bonding to different species, such as humans; for this reason, they are said to have a very generous spirit.

How to work with the energy of Aquarius’s spirit animal?

Wear a necklace with a dolphin to feel protected and supported. If you need more protection, a protection spell can be the perfect option for you.

Commit to what you love but don’t forget to have fun.

If you want to take a trip somewhere new, don’t procrastinate, go for it!

If you can, spend some time swimming and marveling at the horizon from a beach; reconnect with the element water.

Believe in your ability; you are smart and able to create what you want!

Suppose you are an Aquarius and you are dealing with some problems related to some of your personality traits. In that case, the dolphin is the perfect symbol, totem, or talisman you can focus on with the best side of your soul, boost it, and work on what is not going according to your plans. You always have the power to change and be who you want!