Leo, the strongest sign of the zodiac, has many surprises for us when it comes to his personality and his spirit animal. Do you want to know more about this zodiac sign? Are you a Leo and want to know how to work with your spirit animal’s energy? Are you just curious to know what Leo’s spirit animal is? Keep reading this article and you will know it all!

What is Leo’s spirit animal?

Leo’s spirit animal is a peacock and they have a lot in common! First of all, this sign is impossible to miss, given its predilection for being at the center of the scene, just like a peacock. Leo is very ambitious and creative—it is quite common to see Leo on stage, as Leo is not shy about exposing themselves to the lights of the show.

Leo is also extraordinarily talented and prone to drama. Warmth and enthusiasm seem to come out of every pore of his skin, making him a pleasure for anyone around him. Leo loves pleasure! Leo tends to be strong and full of dignity and his sense of power helps him to happily complete his projects. A Leo in your group is a great thing since his goal is the completion of the project he is working on. Putting him in a command post is even better since Leo is a natural leader, even though Leo can sometimes become a bit tyrannical and autocratic. 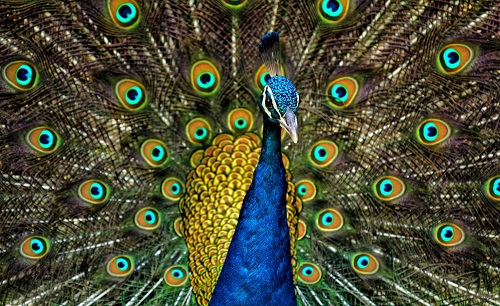 Leo is organized, idealistic, and an inspirer of crowds. Leo is ruled by the Sun, the center of the solar system and the fuel of our being; in the same way, Leo considers himself indispensable and the center of the universe, and woe betide anyone who tells him otherwise! Leo loves to go out, is self-confident, and loves to savor the taste of life.

But what if Leo really was at the center of the universe? He sure wouldn’t be a bad role model to emulate. Leo’s enthusiasm is limitless, and it is followed by his generosity of spirit and determination to achieve success. His concentration could be mistaken for vanity and arrogance, but Leo would say “that’s not true!” and would resume with his regal behavior. Despite their appearance, the person born under this sign is loyal and has a great sense of honor; they are also determined, intensely proud, and very romantic.

The courage they display causes many to be attracted to Leo. If you need someone to lead a change, call Leo, as they will work to make it bigger and better. Although some think they do it for their own personal gain, Leo is big-hearted and tries to make everyone happy. On the other hand, it is their kingdom, and happy subjects mean a kingdom in peace.

Furthermore, Leo is dynamic, self-confident, and liberal-minded. These attributes put him at the center of attention, making it easy for him to have friends and partners. Those born under this sign love to have fun and play both outdoors and indoors (of course, they must be in a company); they love to be seen in the gym and show what they can do. Leo is 90% fun and 10% romance when the lights are low. In love, he is devoted, creative, and almost impossible to keep on a leash!

The advice that Leo must take is to take a deep breath and calm down a little. The great forces of Leo are creativity, idealism, and the propensity for leadership. Leo does not lack ambition, so he likes to complete the tasks he had set himself—and have fun while doing it.

In the Christian tradition, the peacock symbolizes the solar wheel, it is a sign of immortality and its tail evokes the starry sky. In the Middle East, represented on both sides of the tree of life, the peacocks are symbols of the incorruptible soul and the psychic duality of man.

Another feature that contributed to the Christian development of the symbol is the belief, emphasized by Saint Augustine, that the bird’s flesh was incorruptible, like the body of Christ on the tomb. The peacock is therefore associated with immortality and it is probably for this reason that it is found on numerous funerary monuments of the early centuries.

In China, the peacock is used to express wishes for peace and prosperity, and it is said that its unique appearance is enough to make a woman conceive.

Our gaze must turn to the essential and everything that disappears from our life has probably become harmful in some respects. The peacock is the bird that resembles the past’s phoenix, a legendary bird, a symbol of resurrection.

In esoteric traditions, the peacock is a symbol of wholeness, because it combines all the colors on the range of its spread tail. It indicates the identity of the nature of all manifestations and their fragility because they appear and disappear with the same rapidity with which the peacock takes sides and folds up. Its colorful feathers are said to be connected to the natural cycles of life and death.

When the peacock appears, we can expect to know the birth, death, and resurrection cycle. If we do not accept the idea that birth is followed by death and that rebirth follows death, we are probably experiencing great dissatisfaction and perhaps even periods of depression.

When the peacock manifests, it is to give us the certainty that all that is lost will be replaced by something new and more beneficial to us. Whatever happens in our life, the peacock indicates resurrection and rebirth to us. This bird reminds us that we must open our spiritual eyes and look sincerely with a new vision. Only then will we be able to see beyond the ordinary limits of the senses.

How to work with the energy of Leo’s spirit animal?

If some hard time comes around, don’t forget to rely on your strength to change the situation.

Believe in yourself but be humble.

Deal with whatever the universe sends you.

Spend more time connecting with others than focusing on yourself.

Use a peacock’s image or a totem to meditate on your abilities.

Acknowledge your flaws and explore your best values.

If you want to work on your confidence, cast a spell to become more aware of your power and your energy.

Use a peacock’s feather as a totem to protect yourself and open yourself up to change and rebirth.

Being a Leo means you feel strong, amazing, and you are very proud of who you are and what you have. There is nothing wrong with that, but we are “social animals” and in order to be better and create what we want in a non-toxic way, we need to open up to others and be more humble. The peacock can be a reminder to go more in-depth and beyond the surface.