Motherwort may have a bitter taste, but it’s still one of the most widely used herbs among witches. Let’s learn more about Motherwort Magical Properties!

Motherwort originates from Asia, and it’s well known for its therapeutic properties. 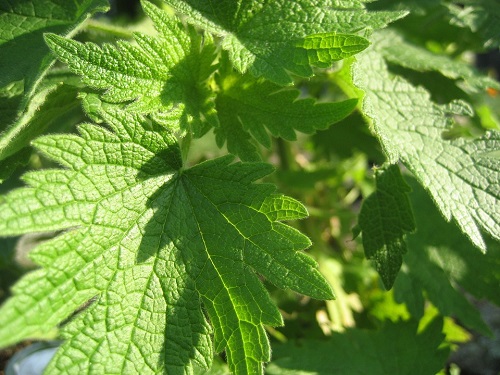 The plant grows in the plains, hills, and mountain areas up to an altitude of 4500 ft. (1400 m). This herb can be grown easily with seeds, both in pots and directly in the ground. It can be sown in late summer or early spring.

Flowering occurs in the middle of summer.

It doesn’t have a pleasant smell, and its taste is very bitter.

To take advantage of its therapeutic properties, it can be used as a tincture.

In the kitchen, both fresh and dried flowers are used to flavor legume soups, especially lentils.

In some regions, the flowers are also used in the preparation of beer and tea.

Motherwort is a plant known throughout history for the variety of uses that can be attributed to its medicinal qualities and properties.

Like any ancestral plant, it has been recognized for its magical and esoteric qualities by many civilizations and religions, from Druids and Celts to the Santeria of Central and South America.

As a medicinal plant, motherwort is beneficial to attack problems of constipation and spasms. It has antioxidant properties and is also highly recommended to treat conditions associated with menstruation.

But, as it has clear beneficial properties for health, there is also much more that you should know.

Use Against the Dark Arts

This plant is well known as a guard against dark spells. From spells of bad luck to its use as a repellent against evil spirits.

Within the genre of the occult, it is said that motherwort has powers that work through energies, such as the ability to heal or heal, and also exorcist properties.

As an Amulet Against Bad Luck

Motherwort is used by the different ethnic groups, which use them as an amulet against bad luck, envy, and harmful influences.

They store this plant in a small red sack closed with a red thread also.

I also suggest this herb to people with relationship problems — especially those kinds of relationships that never arose to expectations.

If you put it in a tea, it can help you clear your mind and help you get over the pain much faster. The only thing you need to be aware of, if you’ll try this tea – herbs needs to be fresh.

How to Cleanse Yourself of a Curse with Motherwort?

It is best to take a bath based on motherwort soap.

You can also create an incense with it, along with a few other herbs like sage, bay leaf, and clove, to make everything much stronger.

Hanging the plant on the door sill will repel all bad spells or curses that may have been thrown at your home, or on the people who live in it.

I must emphasize that, if the person received the curse in the street, he/she must make use of other forms of protection besides this one.

This kind of spell will always accompany him/her to the door of the home, and that is where he/she will have a moment of rest and will be protected.

Take a look at powerful cleansing and protection spells.

Defense for Expert Witches and Wizards

In those situations in which you must enter the cemeteries along with the wanderers of the dark side, motherwort, garlic, and onion are herbs, wizards and witches use (plus a component of the fauna).

That’s how they protect themselves and the entities that are with them.

Used as an Antidote

Within some cultures, people consume motherwort to use it as an antidote against powerful poisons.

For purification of places and objects, a branch of motherwort is bathed in salt water.

This ritual repels bad energies and all kinds of curses that intend to disrupt you or your home.

Also, when practicing magic, the executing witch is recommended to protect herself/himself during the ritual with motherwort and strawberry juice, mixed with morning dew.

In addition to repelling negative energies and spells of bad luck, this peculiar shrub also helps in attracting good fortune.

Whether it is to attract love or money, motherwort is also used in rites of manifestation (spiritual presence) and attraction.

It’s also very useful in cases where people want to keep other people away. I usually prepare a potion for that matter.

A Love Bond Ritual with Motherwort

Mixing motherwort with certain alcohols will create a specific perfume that attracts men through their sense of smell.

This ritual is called a love bond.

Put them in the alcoholic liquor (doesn’t have to be too strong) during a full moon night, and that will guarantee that you will have at your feet the man of your dreams.

The following should be said to make the mooring more effective:

“Miraculous motherwort, blessed and powerful, that by the cry of Mary Magdalene you spilled in my name, help me change my luck in love, transform the thought of (the name of my beloved) so that it remains with me for eternity, and stop suffering the fear of your heartbreak.

Offer me luck in love, give me the man (or woman) I need, for the blood of our lord spilled without remedy on Calvary, that my beloved will focus attention to me, forever.

Take away from me the fear of losing him, wrap him in my essence, in my love, my happiness, which he wishes only to be his body and soul, without fear or envy.

Tie it up next to me, let’s enjoy a full life together, and have no eyes for anyone but me, without ever leaving my side.