I am sure you have heard about this herb before. Even if you did, let’s take a look at Sage Magical Properties.

Sage is best known as one of the most powerful and beneficial herbs to purify and cleanse a place or a person from negative energies.

You might have seen it in some movie, or maybe you saw your grams using it! Linked to old ancient traditions, sage is a great herb to have and to use to create some magic.

Sage (Salvia officinalis) is among the most popular aromatic herbs, and that was very popular in ancient times.

Its name is based on the word salvus, which means health. 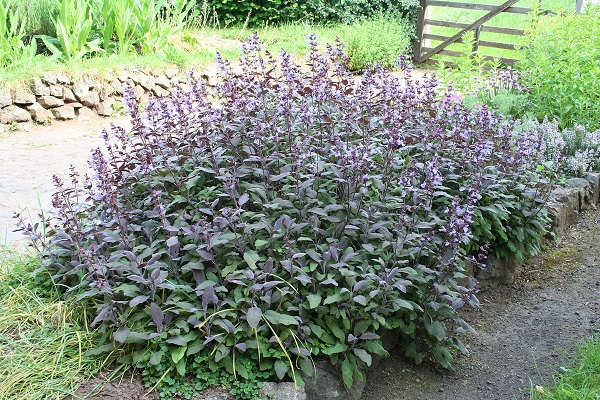 Belonging to the Labiate family, sage is a plant that does not grow in the wild.

Unlike salvia pratensis or sage meadows, both varieties with similar properties that, as we can guess from the name, bloom spontaneously in meadows, pastures, and clearings.

Maybe you’ll find it interesting – there are over 900 species of sages in the world!

Flowering occurs from May to June, and its flowers are of a color that varies between blue and violet.

However, the sage leaves are used in a silvery gray color, which can be used fresh or dried.

These appear thick, rough and wrinkled, giving a pleasant and delicious aroma to the touch, that is much appreciated in the kitchen.

Sage owes its healing properties to the influence of Jupiter.

It is a plant to which considerable virtues have been attributed over time, even magickal, so much so that it is defined, in popular culture, as a plant of immortality and Salvia savior.

The Gauls believed that this shrub could destroy everything evil, and perhaps not everyone knows that the Druids prepared a beer with healing powers, using sage as a secret ingredient.

In ancient times, the magic power to break spells and for the spells was attributed to sage, and the Chinese believed that their leaves gave longevity.

According to the ancient theory of signatures, which sought similarities between the outward appearance of the plant and parts of the body, the Salvia, vaguely resembling a tongue, had the power to heal diseases of the mouth.

Since the Middle Ages it was used as a cicatrizing and the women of the past, who had only the gifts of Mother Earth at their disposal to heal themselves and their beauty, used to rub a few sage leaves on their teeth, to make them white and sparkling.

Native Americans used it as a powerful exorcising tool and, combined with cedar branches, it is burned by shamans for various purposes such as driving away evil spirits, attracting “good” spirits to the ritual area or for trance works. 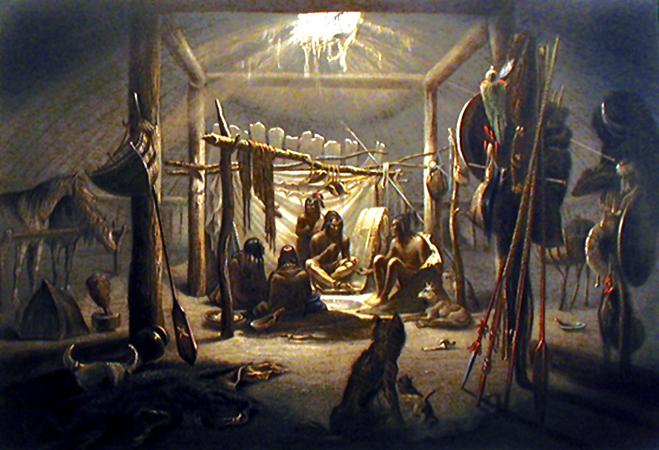 It has also been used as a sacred herb which women drank in tonics to get pregnant.

A plant so extremely common and powerful could not go unnoticed in the history of humanity.

Some believed that sage was a sacred plant that would give them immortality, so much so that a medieval legend tells us that “Whoever cultivates sage in his garden, will have no reason to die.”

It is believed that sage was a plant that frogs, snakes and “witches” liked a lot. For that reason, people had to wash very well the plant before using it because leaves still had “poison” in them. That’s why it had to be ALWAYS planted next to the rue.

What is Sage Used For?

Sage is used in the magical world to foster wisdom, for healing and money spells, for protection and energy cleansing.

So you know, when you need clarity of thought to solve a difficult problem, take a bath with sage leaves or light a sage incense.

Here are a Some Magickal Tips and Tricks

How to Use Sage for Cleansing

Let’s see then which are the best ways to activate sage and cleanse someone or some place.

How to Recognize if There is Negative Energy Nearby?

If when you light the white sage smudge, the smoke released is thin and weak, which means that the energy of the house is clean.

But if the smoke is thick and curved it means that the air is saturated with negativity and the sage will neutralize it.

If you have a problem with negativity, let smoke the place for an hour.

Try the next day again and notice the progress of the smoke, which should be more harmonious and delicate.

It can also be noted that in some places of the house or with specific people, smoking has a “negative outcome.” Basically, you won’t see results overnight.

In these cases, it will be necessary to purify more often.

According to Eileen Nauman author of the book “Sacred White Sage: A Way to Clear Negativity,” once the smudge is turned on, it should not be turned off.
The sage goes out by itself when it is finished its work of purification. Never put it out with water.

You can find her books on Amazon US and Amazon UK.

Here are different ways of using white sage that have different effects, but is always profoundly beneficial.

The more we are receptive and sensitive, the more we can perceive the help that this sacred plant can give.

How to Cleanse Yourself or a Loved One with Sage?

How to Cleanse Your Home with Sage?

Pass smoke along all the walls of the house, being careful not to skip the edges.

It is ideal when you are buying a home or if you have never done it.

Furthermore, lighting a smudge when meditating or relaxing is a great way to calm the mind and open up to the divine.

How to Cleanse Animals or Objects with Sage?

The smoke of white sage is a powerful purifier. Shamans use it to purify their ritual objects like pipes.

We can use them to purify the crystals and also our animal friends, being careful not to burn them. How to Request Protection?

If you want to strengthen your intuition and personal energy and shield external influences, you can always carry some white sage leaves with you in your pocket or bag.

Shamans in their “medicine bag” always have white sage with them.

Spell to Attract Positivity and Love

Here’s a spell to attract positivity and love.

You need to crush a handful of sage and put what’s left in a bowl with 2 liters of water.

Leave it for nine days in the sun and take a bath with this mixture – from head to feet.

An Amulet for Wisdom

It is good to carry an amulet with sage in a red or violet bag to always have that mental clarity and wisdom in acting.

Combined with mint and five-weed grass in an amulet, it brings an image of leadership and wisdom to the wearer.

It’s highly recommended for political leaders and people who must make difficult decisions as heads of companies, doctors, military, and judges.

How to Create a Herbal Candle?

Some herbal candles are made with compressed sage.

These candles are used to do quick cleanings, passing them around the person and praying for them.

I have made sage candles, and I can say they work great.

To make them, you need to collect fresh sage branches, because they don’t break.

You need to cut the hard parts of the stem and leave the tender ones aside.

You take three or four of these harder parts and tie them with a hemp thread. They need to dry face down in the shade.

When they are dry, they must be kept away from the sun and moisture.

They are fantastic for some quick magical works, and to burn as incense in case we do not have rods or cones.