What do the Runes on Sirius Black’s Wand Mean?

Are you intrigued by Sirius Black and his wand? I have to admit that his wand is definitely the most stunning to see among all those other wands belonging to the other characters of the magical realm of Harry Potter!

I decided to write this article to unveil the meaning of the runes on Sirius Black’s wand to see if they can be helpful to know a bit more about this fascinating wizard, his powers, and his history.

Let’s see then what the runes on Sirius Black’s wand mean.

Crafted by Garrick Ollivander, Sirius Black’s wand is surrounded by mystery. Unlike the wands of many other wizards in the Harry Potter saga, the information on Sirius’ wand is patchy and incomplete. According to most sources, its origins are unknown, as well as the materials used to make it are unknown. According to other sources, however, the wand is made of Truciolo wood with a phoenix feather core.

Belonging to a thoroughbred wizard, Sirius Black III, known in the world as the Plush, godfather of Harry Potter, it is a very powerful wand, but also very difficult to use. Perhaps this is why it is believed to contain a phoenix feather, the rarest material used to make the core of magic wands.

The phoenix feather, while giving the wand extraordinary powers, makes it very difficult to tame. It is likely that, during the First Wizarding War, Sirius used a different magic wand and that he obtained this after his escape from Azkaban. But these are only hypotheses. In the absence of certain data, it is possible only to formulate conjectures.

According to the events narrated by the books of J.K. Rowling, it is unknown what happened to the wand after Sirius died. However, in the film adaptation, the wand breaks when Bellatrix kills Sirius.

What do the runes on Sirius Black’s wand mean?

The runes on Sirius Black’s wand are a transposition of his tattoos. It is unclear if these are convict tattoos or if he had them before, apart from the one on his neck that coincides with his prisoner number. No official statements have ever been made about the meaning of the symbols. 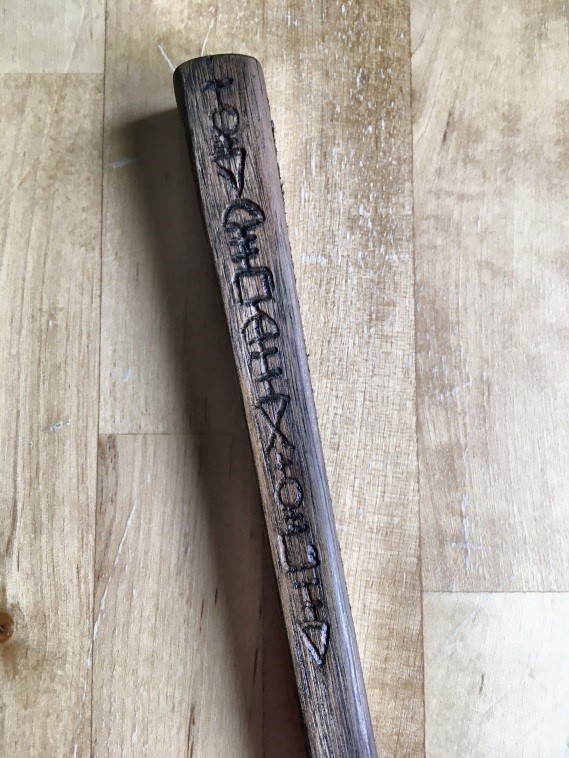 These symbols are, at first sight, without apparent sense, a mixture of various alphabets. The symbols on the sternum are reminiscent of the ancient futhark runes, but also those of the Northumbrian and Anglo-Saxon runic alphabet.

The top one is reminiscent of the alchemical symbol of amalgam (alloy of mercury and metals), while still others recall the planets. It would be interesting to understand if the symbols actually make sense and relate to the story of Sirius, or if they were created only to reinforce the (somewhat stereotyped) idea of the prisoner.

The link to the planets makes sense as it is a reference to his name. One of the things that most fascinates me about Sirius is—first and foremost—the name.

I’ve always loved the way JK Rowling has created explanatory names for her characters; it is enough to mention a few obvious ones: Remus Lupin, which refers to Romulus and Remus, children of the she-wolf, and Lupin, obviously linked to his being a werewolf.

Or Dolores Umbridge, whose first name clearly represents her nature as an annoying character, but it sounds similar, and ‘umbrage’, which in English means ‘annoying’. Perfect, since we’re not talking about a nice person.

The examples could go on for many pages and not just for proper names. I will not dwell on this fascinating aspect of the saga now, nor on the related Italian translations or part of the compendium in four volumes. As mentioned, this article will deal with Harry’s godfather, who in fact has one of the most fascinating explanatory names.

Sirius is the brightest star in the dog constellation. The name of the star derives from the ancient Greek Σείριος, Seirios, which means precisely ‘to illuminate’ and in Greek mythology Sirius was Orion’s hunting dog (Sirius’s father is called Orion, too.)

We can also venture into a connection with Norse mythology: Sirius was known as Lokabrenna, the ‘flame of Loki’, the God of Deception. This is very clear in the Marauders, for example; Sirius is an Animagus, that is, he is able to transform into an animal, precisely a black dog.

Padfoot, Felpato in Italian, is the nickname he uses with his Marauder friends. Padfoot is also the term with which, in Yorkshire, a ghostly dog typical of English folklore is indicated. It is a dog that often appears at night and is an omen of death.

This is a very clear reference to the Gram, which Harry thinks he sees near home. We will later discover that it was Sirius transformed who was prowling near Little Whinging to be able to see his godson once he escaped from Azkaban.

It is interesting to note that Padfoot is indeed a scary dog, but also able to offer goodness and gratitude when treated with kindness. In short, he is a being who is portrayed as evil but not necessarily evil. 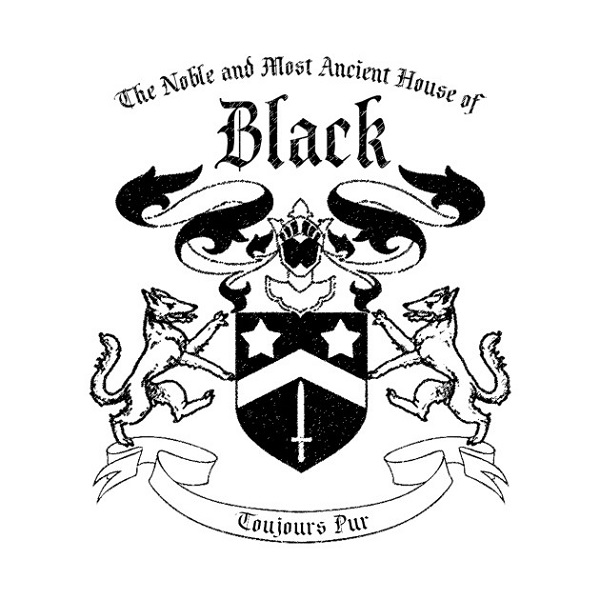 Did I say black dog? In fact, black immediately refers to the surname, ‘Black’ in English, and to the family crest, which includes black dogs. Sirius was born in November 1959, and in the Chinese zodiac, it was the year of the dog.

Another wonderful thing about this name is that it represents an opposition: Sirius is the brightest star, Black refers to the darkness. Light and dark.

Doesn’t this ring a bell?

“We all have light and darkness within us. What matters is which side to stand on. That’s what we are.”

It is a quote by Sirius that is a small summation of his whole character. I love this!

Basically, the runes on Sirius Black’s wand are not that easy to interpret as it was for Dumbledore’s wand, as we know less about this wand and its origins but, if we go more in-depth as we did here with this article, we can see how symbolism, runes, and special references are absolutely important to know more about one of the best characters of the Harry Potter saga!