If you are curious to know what the Uruz rune means, how to use this rune in magic, and what messages this rune might have for us, keep reading this article!

What does the Uruz rune mean?

In ancient times, the young people of the far North had to limit themselves to slaughtering the wild aurochs (they were large and strong oxen that went extinct in the 17th century) and to demonstrate the courage worthy of a hero before being entitled to access a role within the company. It is therefore a totemic animal that symbolized true strength, which is reached only after having dominated our ego and accepted our weaknesses.

If with Fehu we were able to enjoy the most loving and maternal aspect of the Goddess, of abundance, and of nature that bestows its fruits, Uruz forces us to deal with its dark side, with fatigue, with the arid ground that is hard to dig, with sweat, with tests of endurance and courage.

Not everything is as we would like it to be; there are not always only roses and flowers, sometimes there are rules to follow, obstacles to get around or face. The Uro, a huge long-horned bull, resists the winter snow and stands up to storms, predators, and the men who chase it; it defends itself with strength and courage.

Uruz is our unconscious, the uncontrollable dark side, the survival instinct that generates fear and the strength to react.

Uruz is the ability, or the inability, to dominate the blind force of the animal that sleeps inside us. Uruz represents the Earth, maternal and nourishing, solid and powerful. It collects all the characteristics of the womb, but it can shake, dry up, open, and liquefy, transforming itself into lava, landslide, desert, or mud. The bull, associated with this rune, has aroused admiration and fear since ancient times, due to its apparent calmness that can turn into blind fury.

The bull represents the fight against natural drives and low instincts; it’s the dexterity, the control, and the calm with which we face our ghosts. We find the cult of the bull in different cultures, such as in Egypt with the lunar goddess Hator, called the celestial cow, and the sacred bull Api, adored in Melfi.

In the mysteries of Mithra, the killing of the primordial bull allows the cosmos to be ordered. In Greek myths, Zeus transforms into a bull to kidnap the splendid Io and Europa. We can find this animal in American Indian culture as well as Japanese. Uruz, the primordial energy removed from the control of reason, is associated with the god Loki, one of the most ambiguous and bizarre gods. He is the god of cunning and deception, capable of creating evil plans and saving himself from dangerous situations.

Companion of Odin and Thor in some adventures, in others he subverts the cosmic order by generating monstrous creatures such as Hel, half woman, and half corpse, guardian of the kingdom of the dead, Fenrir, the huge and ferocious wolf, and Jormungandr, the monstrous snake that encircles the earth. With cunning, he manages to get the best and most loved of the gods, Balder, killed, and as a punishment, one of his sons is transformed into a wolf, kills his brother, and with his entrails, Loki is chained to three sharp stones.

A snake is placed above him and pours poison on his face. His devoted wife, Sigyn, collects the poison with a bowl, but when forced to walk away to empty it, the god’s pain is so strong that his wriggling and screaming shakes the Earth, causing earthquakes.

When Ragnarok arrives, Loki will take the side of the Giants and die killing the god of light, Heimdall. Loki represents the unpredictable, indomitable, sometimes positive, sometimes destructive sides, as well as the forces of the psyche that act ambiguously, beyond our control.

The appearance of Uruz upright communicates that one can count on sufficient strength to carry out all that is proposed. However, we must be responsible and use this power intelligently, avoiding subjugating or dominating others and showing understanding and respect for the wishes and needs of others.

It also means that you are experiencing a time of change and you need the courage and audacity to venture into new experiences, so it’s time to commit.

It therefore symbolizes willpower and courage as well as an existential phase in which it is mandatory to make a series of decisions.

If the rune appears upside down, it communicates that you are in a period of challenges and new opportunities, but you must be careful: you must not be dazzled by your personal power, as it can happen that your ambition has a negative influence that ultimately causes you to lose your position or destroy very important relationships of love or friendship.

Before continuing on your journey, you will have to ask yourself to understand what you want to achieve or keep in your life. To this, one will have to devote all one’s strength.

Love: moments of great passion will be experienced in the near future. Uruz suggests having the capacity for discernment, in order to understand the difference between true love and the ardor of passion.

Work: there are good opportunities to progress and advance. In case you doubt your own abilities, you have to ask yourself if, in reality, you are not afraid of taking on new responsibilities. Is it necessary to overcome some fears that have not been identified so far?

Health: Uruz recommends avoiding stress, exercising, and getting enough rest. Physical fitness must not be deceiving and make us suppose that we can take on any type of weight.

How to work with the energy of the Uruz rune? 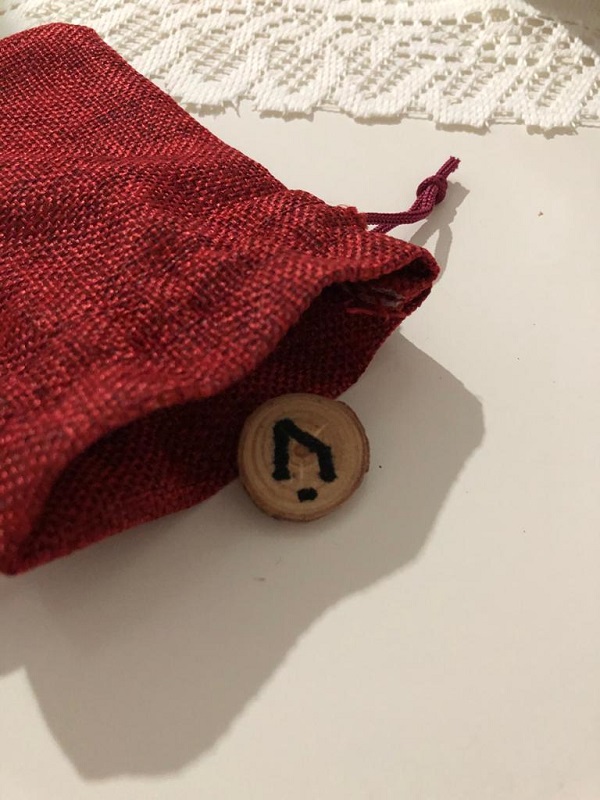 The special message from Uruz rune to you