One of the most frequently asked questions I receive is: does black magic really work…? Below, you’ll see my real-life experience with it.

Often, in fact, black magic is seen as a practice not only strange and dark but also surrounded by skepticism.

It will be because it is used as a gimmick for low-league horror films or because, nowadays, we tend to reject everything we do not know, what is different and which offers us an alternative view of the world and life.

With this article today, I want to show you how and why I believe black magic works, and I will share with you some events related to black magic that has marked my life.

So does it work or not?

Let’s take an example. If we are interested in a black magic spell to attract a person, but we perform the spell passively, and as if we were reading simple instructions without feelings, passion and having in mind the final results we intend to achieve with this spell, the spell will almost certainly not work.

This is true for any practice and any magic but, especially as regards black magic, the commitment and the “presence in the present moment” of the witch who cast the spell is something that has greater importance. 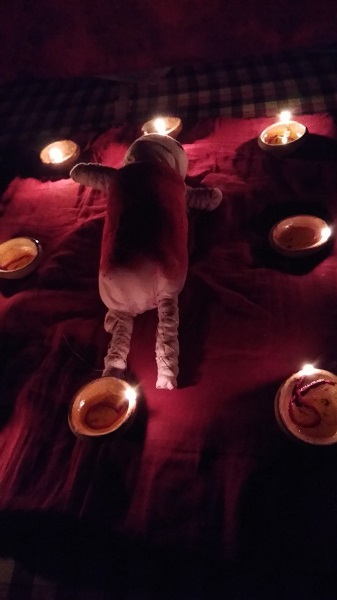 If we work hard and if we have a clear vision of what we want to achieve, we are certainly halfway done.

For this reason, especially when dealing with black magic, the preparatory phase for that of the spell’s performance is undoubtedly the one that should have the greatest attention on our part.

A few tips before you start

But, most of all, be aware that magic always comes with a price.

Always consider if working with black magic is worth it and try to consider it, as a way to create something positive instead of something negative. For example: if you want to eliminate an enemy, don’t focus on the fact that this person might disappear or die.

Try to focus on the feeling of freedom and satisfaction you would have if that person would be gone.

This is an excellent way of keeping things safe and still effective.

Leave movies and imagination aside. In reality, it can overcome karmic barriers that prevent you from having what you want.

Often, and few people consider this, we do not get what we want, or we lose what we have by the law of attraction because we attract the wrong things instead of something we want.

So, attracting what we want is the real goal, making this type of magic so popular and desired.

My own personal experience with black magic

In life, I have had different types of esoteric, magical, and paranormal experiences, and certainly, some of the most frightening experiences I have had are related to black magic.

As you may know, I come from a family of witches with my mother and grandmother, who was strongly linked to esoteric practice. They introduced me to the world of magic, fortune-telling, dream interpretation, and much more.

What at first seemed fascinating and intriguing, I discovered only later, was actually part of a practice linked to a coven of which they were members. In addition to my grandmother and my mother, there were also my aunt and three of their old friends in that coven.

When I was a teenager, my grandmother fell ill and, together with her poor health, a real wave of bad luck, and negativity seemed to hit all my family.

My parents’ work was wrecked, my grandfather began to have problems with family members, my sister, and I had nightmares every night, and we heard sinister noises coming from rooms in the house that were uninhabited…

In short, living at home was a real nightmare.

My grandmother was more and iller, and often told my mother and me that there was something wrong, that someone had done her some black magic and that she was cursed.

We searched every corner of the house over and over but nothing. In the meantime, my grandmother got worse and worse until one night, she sadly died.

After some time, my mother and sister decided to put grandma’s things in order. They wanted to do some furniture and wardrobes cleaning, and when we were cleaning, we found something strange – an invoice.

It was a handkerchief with hair, pins, all tied by a ribbon, and it was there on my grandmother’s bedside table. As if it had materialized out of nowhere…

We decided to do a cleansing ritual and burn it. Who put it there?

Even today, we are not sure, but we know that my aunt was the only person linked to the coven who had access to my grandmother’s room and who could have placed the invoice.

We had proof of this later when my sister and I found an old photo from the 1980s depicting my grandmother, mother, aunt, and three longtime friends in our party room, all dressed in black and in the background. Other people had never seen before, also dressed in black with candles scattered around the room.

Since then, we understood that our family was part of a coven, but, unfortunately, in the meantime, my mother also died, and we didn’t have the opportunity to get some first-hand explanation.

I know how it all sounds movie-like, but believe me, seeing my grandmother wear herself out and die like this, suffering day after day, convinced me that evil spells exist and once they hit someone, they hit hard!

When we discovered, even though it was too late, we understood that it was black magic.

Some kind of a curse that had weakened my grandmother so much, already weak from illness, that led to her death.

From that moment on, my doubts about the existence of black magic were gone.

This type of magic exists, and it is undoubtedly one of the most potent and complex magic of them all.

So it’s critical that you use it in the right way, methodically, and carefully.

In the next article, I will reveal just how to practice black magic, so I can share my knowledge and help you learn a few things.

We must find the right balance between safety and effectiveness!

Let me know if you liked this more personal article, and if you want to learn more about the paranormal, send me a message. I have a lot to share with you guys.

3 Powerful Self Love Spells and Rituals [Only My Favorite]
Next Post: How to Practice Black Magic? [A List of 12 Essential Steps]