We know it as an ingredient of some of the strongest drinks, but actually, wormwood has so much more to offer. Especially for us, witches! Let’s learn more about Wormwood Magical Properties!

Popularly known as The Witches Plant, has both medicinal and esoteric uses. 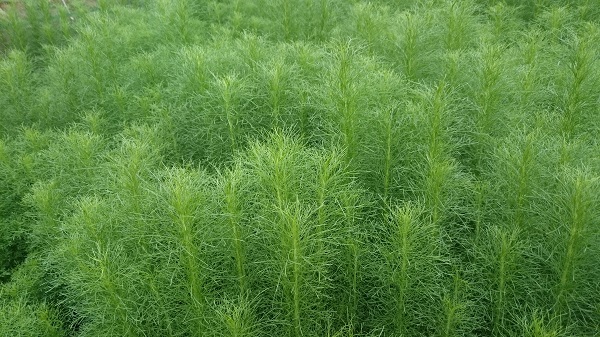 In Greece, it was considered the plant of immortality. Apuleius used it against the evil eye and to drive away devils.

In the Middle Ages, it was thrown in the direction of the four cardinal points on the night of San Giovanni to protect them from spirits and witches.

There is a very popular legend about wormwood, which tells us that if we dared to burn it in a cemetery, the result would be a parade of the walking dead.

Since the legend says that if this happens, the dead would walk out of their graves and begin to talk, what would they tell us?

You can now prepare your bowl of wormwood leaves if you need to get an answer and you’re prepared to listen to it.

As we said, wormwood can be used to achieve certain magical effects that will improve our lives.

In ancient times the tonic (drinkable liquid) of wormwood was known as The Green Fairy or the Green Devil. It was originally a wormwood syrup to lower fever.

However, it were the witches in ancient times who knew the power of wormwood to open the doors to other worlds, visions of the future, communication with the elements of nature.

Great artists were inspired and created great works with wormwood.