I love working with the planets and their energy! Did you know that each planet brings some special energy with it and this energy can affect our life and our witchy practice? Today we are going to learn how to work with Uranus’ energy to benefit our witchcraft and our daily lives!

In Greek mythology, Uranus is a primordial deity, the personification of the sky. According to the Hesiodic tradition, Uranus united with Gaea and fertilized her by throwing fertile raindrops onto her, thus giving life to the first monstrous divinities: the Titans, the Cyclops, and the arrogant Hecatoncheires. 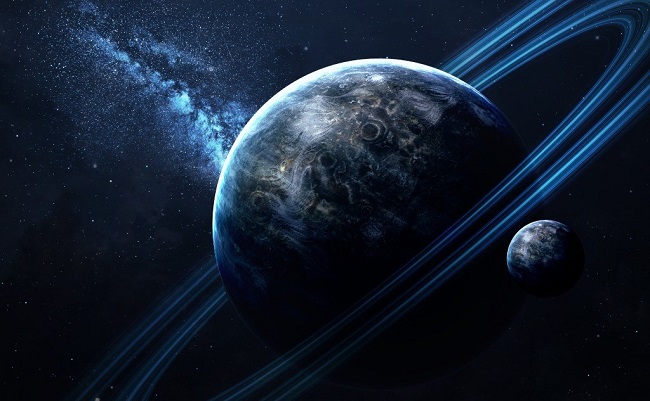 In fear of being ousted by his strong sons, he threw them into Tartarus, the bowels of Gaea (also called Gaia), who, repelled by the act of her husband, persuaded her son Cronus to wound his father with the adamantine scythe she forged. So Uranus, taken by surprise by his son just as he was about to reunite with Gaea, was emasculated.

His genitals were thrown into the seas near Cyprus and from the sea foam formed Aphrodite was born, while the drops of blood that fell on the ground fertilized the earth one last time, giving life to the Erinyes, the Giants, and the Meliae Nymphs. Uranus’ energy represents a dynamic force of decision and change that sometimes acts in drastic and unexpected ways.

How Uranus energy affects us?

Uranus represents intuition, and transmits sudden inspirations and flashes of genius, an opening to all that is new, unknown and unusual. It heightens our ability to organize and choose, boosting our manual skills and our ability to use the tools made available by technology from the Greek “techne”, meaning “art”. If Venus rules art as an expression of beauty and harmony, Uranus is art in a practical, utilitarian, even mechanical sense.

If Mars is the quickness of reflexes at the muscular level, Uranus is the mental speed, the flash of genius, the immediate solution, the dazzling intuition.

This is why the position of Uranus in combination with other planets tells us how we will achieve our own destiny through the use of our talents and abilities, in essence through hard work. However, the teachings of Uranus always come with the risk of using technology and tools in a self-damaging way.

How to use it for spiritual growth?

Uranus represents the energy of the present, the liberation from the past, the separation from the old patterns, the act of will, the drive to action, the choice to destroy or create, the elimination of the useless, sudden choices and rapid changes that manifest in sharp, decisive, often violent cuts.

How do witches work with Uranus’ energy?

When should you work with its energy?

You can work with its energy when you feel you are ready for a change. That’s the most prominent sign that it’s time for you to work with Uranus. Suppose you feel a bit uncertain about what direction to take in your life. In that case, you might need to spend some time thinking on it, meditating, journaling about what is going on in your life so you can bring your final resolution and your deep will to the surface so you will be more than ready to embark on a journey towards change.

Another sign that you should work with Uranus is when you want to get rid of something no longer serving you. There isn’t a specific day of the week you can use to work with its energy but, if you want to let some astral energy enhance your practice, you might consider doing it on a night of the full moon, the best time for you to forgive, forget and make room for something new.