Do you have a Pendulum and it’s acting strangely? One of my readers asked me: why does my pendulum shakes. In this article, we’ll find out why this happens, and we’ll also learn more about its most common movements, and behaviors to begin your path to master this craft and use its powers at their best.

What is a Pendulum?

A Pendulum is an essential tool for a witch practicing divination. Her choice for the length of the thread or chain is a personal preference. Its weight generally varies from 25 to 70 grams. The way it is held is important, but it will become a personal choice dictated by experience. Therefore, there is no correct or incorrect way of holding the Pendulum. 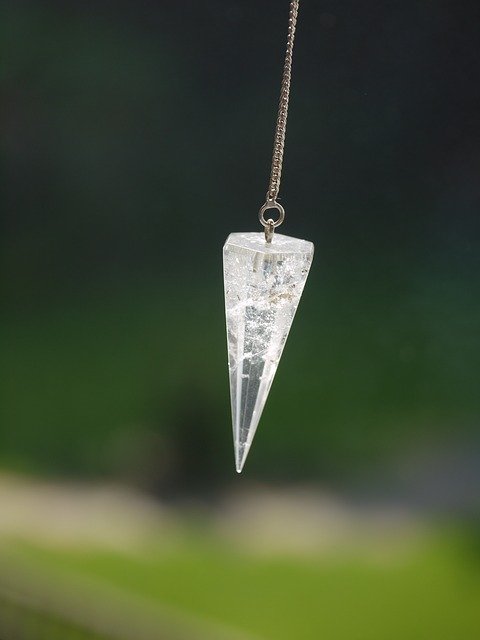 How does a Pendulum work?

The Pendulum responds to the operator’s personality and the interpretation of the various movements must be entrusted to the witch herself, who interprets the answers according to their own personal code with the Pendulum. There are more than 5000 Pendulum models, however, the simplest ones are often the best.

The characteristic is weight, if an experienced witch can use any Pendulum, a beginner is advised to not use a Pendulum that is excessively heavy. The Pendulum is held at the end of a wire, (or of a length established by the sensitivity of the operator) between the thumb and index finger, it will move in all directions, with interpretative oscillations that only the operator knows. The choice of the meaning of the movements is left to the sub-conscious, who someone prefers to call the soul.

The main movements of the Pendulum explained

It is possible to set, at least at the beginning, the meaning of each movement, but it is advisable to leave this task to the sub-conscious in order to establish greater collaboration between the Pendulum and the witch.

Although the practice has shown that the material of which the tool is made is not important for the success of the witch’s research, it is the belief of most people, that each person corresponds to their own Pendulum, whose appearance and shape, stimulate the witch to have closer contact and whether this may affect the result.

It must be said that a Pendulum is personal, it should not be paid, but if it is not possible to do without temporarily entrusting it in the hands of others, it is advisable to free it immediately from extraneous presences that would annoy it. It should, therefore, be washed under a jet of cold water and then dried, then the owner will hold it in his hand and breathe on it to make him feel he belongs.

In how many ways can it move freely?

Each of these movements can be codified and can have its own meaning.

Ever since I started, I can no longer settle for a Yes or No answer.

Our Pendulum has so many things to communicate.

The problem, at this point, is to associate a specific response to each movement of the Pendulum.

In my case, in addition to the Yes, No and I don’t know, I added other possible answers.

For example, if the Pendulum swings in a horizontal straight line, for me it means LOCK / CONFLICT.

I have the answer, but something inside me prevents me from receiving it clearly.
Will the answer hurt too much?
Does it go against my prejudices or my expectations?
At this moment I don’t have the courage to handle the truth?
Or is my mind simply blurred or is it sabotaging me?

These are all further questions I can ask the Pendulum when the first answer is BLOCK / CONFLICT.

Another time when I was asking a question, in addition to the Yes and the No, I can observe through the intensity of the rotation what the strength or degree of the answer is. For example, if I ask, “Is this food okay for me now?”, And the Pendulum rotates clockwise with force and vigor, making large circles, for me it means “Yes, of course!”.

While if the Pendulum rotates with little force and with small circles, it could be “Yes, but it is not so special”.

So why does my Pendulum shakes? What does this mean?

If the Pendulum shakes in some way it can be because it is trying to tell you something, but you are not ready to interpret it and decode it, just yet. I personally believe that in cases when the Pendulum shakes, moving around chaotically, without any sense or logic, it might mean that the question I am asking is wrong or that I am unfocused on the matter.

Maybe I want to know something about someone or a certain event that still causes me pain, anger or confusion so when I ask my Pendulum to learn more about this situation, it is driven by all these negative emotions and feelings and I can’t get in tune with my higher self, my intuition.

If this is happening to you, stop for a bit, meditate if you can, relax yourself and then when you feel that you are in tune with the Pendulum, give it another try. 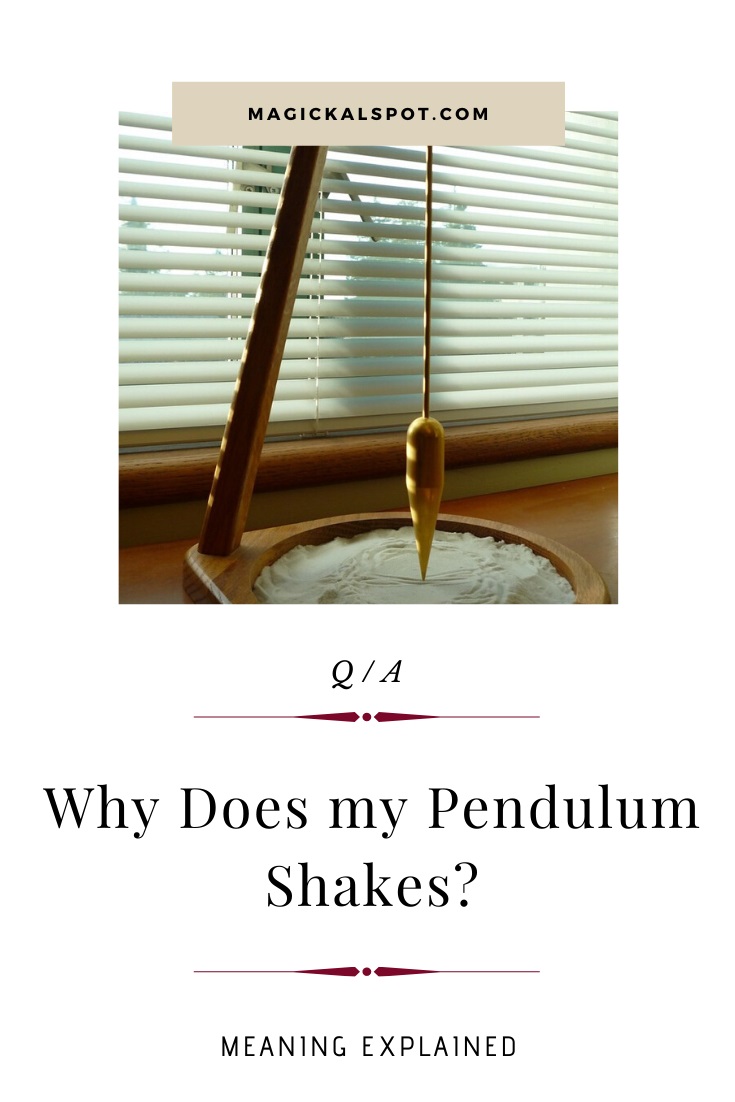 What if the Pendulum still shakes?

If your Pendulum is still shaking for no apparent reason, you might need to cleanse it and recharge it using moonlight or sunlight. I often cleanse my magickal tools by moonlight, leaving them outside for one night of full moon or sage them, this is done by burning sage around it.

Do what feels best to you, and after your cleansing ritual, you can get back to the practice and give your Pendulum, and your question, another try.