Did you know that the pear tree is all about magickal properties and symbolism and that using it in our magickal craft can bring amazing benefits to our life?

Let’s learn more about the symbolism of the pear tree, its history, and its uses.

Origins of the pear tree

The first to mention this fruit was Homer’s epic masterpiece, the Odyssey, calling it one of the “gifts of the Gods” in the royal garden of Alcinoo, king of the Phaeacians. This would be enough to make it clear how ancient the origin of the pear tree is. This fruit was in fact known about 3000 years ago in Asia and Europe, particularly in China and on the African shores of the Mediterranean Sea. 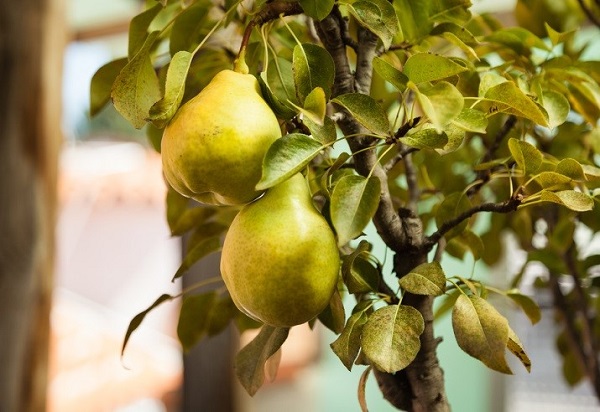 The pear tree was also spoken of in Greece; in addition to Homer, Theophrastus, recognized as the greatest botanist of antiquity, reported the existence of many varieties of pear trees, both cultivated and wild, in his work Historia Plantarum. In Roman times, however, Marco Porcio Cato in his treatise De Agri Cultura, the first work was written in prose in Latin literature, described six methods for cultivating the pear tree.

Among others, Pliny, with his Historia Naturalis, revealed the reason for the names of some types of pears, taken directly from their discoverers or from the perfume they emanated, such as the Laurea for its laurel smell.

But where did this fruit initially develop from? According to botanists, the genus Pyrus, which belongs to the Rosaceae family, of the Pomoideae subfamily, was discovered in the mountainous territory of present-day western China; from there, it dispersed at several points, adapting to different climates and temperatures, differentiating the species we know today.

Therefore, the journey to discover the pear tree’s cultural role in literature has very ancient roots. It starts in ancient Greece with Homer, Hippocrates, and Theophrastus, up to ancient Rome where, among others, Cato, Virgilio, and Pliny gave us indications on how important it was to cultivate this crop. In this comparison on the knowledge of this crop between the Greek and the Roman world, the latter prevailed over the origin of the name; the Italian term pear in fact derives from the Latin “pera” or “pira”.

In the Middle Ages, the dark period, the first varietal collection is directly attributed to Charlemagne, Emperor of the Holy Roman Empire. With the decay of structures in the countryside, the cultivation of this crop went into the hands of the monastic orders.

Some names of these varieties recall those of some convents, such as S. German or Jerusalem. In the following centuries, starting from the 1600s, the number of pomologists present, mainly in France, increased; from cultivation, they moved on to studying fruits. The pear tree was classified in this period as one of the fruit trees with more shapes, varieties, and different qualities than others.

In the East, this fruit has strong positive symbolism. This fruit represents justice, longevity, purity, and wisdom in China. In Korea, the pear symbolizes grace and nobility, and there are many legends about how this fruit can give female fertility, luck in exams, wisdom, and health. Finally, in Japan, the pear is attributed to the ability to ward off evil.

Because of the pear’s feminine shape, this fruit is often used as a powerful ingredient for love or sex spells. You can also use this fruit or its tree’s leaves to boost the effects of a fertility spell.

If you are a woman and you want to work with your feminine energy, even more, the easiest way is to use dried pear pieces or skin for charm bags, or burn pear tree leaves right before a special romantic date to boost your feminine energy and your sex appeal.

But, always related to your sex drive and your intimacy, a great option is to spray on a little pear-scented perfume as a sweet aphrodisiac! If you can make your own by harvesting both leaves and fruits!

Do you need some guidance or expert, professional help to cast a love spell or a sex spell? Don’t forget I am here for you! I have many options to boost your love life and improve your sex appeal!

Check out my shop and learn all the different available solutions for you and your current situation.

Are you looking for something different and you cannot find what you need by browsing my spell-casting options? Contact me to learn more or rely on my custom spell option, available in both white and black magic!

Do Mojo Bags Really Work? [+ How To Make One]
Next Post: 6 Magickal Properties & Uses of Ylang Ylang [Explained]