Special in August: Call Me Spell. Use code CALLME10 for 10% discount >> Order Here

Trying to define or describe love would be difficult, if not impossible, because when emotions are at stake, everything acquires a personal character, and is lived in a way that strictly adheres to what one’s own temperament is. Let’s take a look at the most popular love charms and their secret messages.

Love is, in fact, a feeling so intimate and subjective that it can never be the exact same for everyone.

Love is the nourishment of the world, its engine; it is vital energy, and trying to escape from it, drawing on what is the most rational side of oneself, is an arduous undertaking, because it always comes, sooner or later, even if sometimes it can find its “recipient” unprepared: love cannot be contained or controlled.

But how does this feeling so “disruptive”, so “totalizing” manifest itself? And what are its “causes”? As mentioned earlier, there is no one-size-fits-all answer, because love is characterized by many facets, and can also be shown in small things, in simple gestures that still leave a “mark”.

When there is love, the mind is silent and gives way to the heart, which speaks and acts, becoming the symbol of a thought that has no words but infinite sensations.

If it is not possible to give a complete and exhaustive answer to the question “what is love?”; it is possible, however, to analyze and explain the meaning of the symbols of this timeless feeling, expressed, over time, through poems, songs, sonnets, and novels.

If you want to use love charms for a spell or you simply want to give to your loved one a symbol that shows how much he/she means to you, this article will give you all the ideas for unique gifts to send some magickal energy and create a spiral of even more powerful love!

The symbols or charms of love to demonstrate the strength of union with your partner are the ring, the dove, the heart, Cupid, the cat, the flower, and the knot.

The circular shape symbolizes the continuity of time and the relationship. It is the pledge of love par excellence of faithfulness and stable feelings. As a reduced belt size, it hides a defensive magical symbolism; that is, it delimits a space where a treasure is kept.

Carrying it is equivalent to closing a door; put it on someone’s finger and accept the treasure of his feelings.

A ring is also a sign of recognition, meaning “I recognized you among thousands of people, you are my predestined”; in fact, as long as a lost person wears the ring he received as a gift on his finger, he can be found, because an invisible thread connects him to the donor.

Hidden message: I will always love you.

In Greece, it was the bird sacred to Aphrodite, a favorite gift from lovers because doves are always looking for a company. It is also a symbol of the soul that takes flight to join that of the beloved.

Message: I miss you so much.

Already by definition a symbol of love, it is the center of the person. In ancient Egypt, it was also a symbol of intelligence and therefore of its essence.

Giving the heart, in fact, means offering everything of oneself: feelings, will, and energy. The Orientals concentrate life itself in the heart, represented as a vase.

Hidden message: I’ll give you all of me.

In India, it is called Kama, as a wish, and in the bow, instead of arrows, it puts flowers.

Hidden message: you are centered on my heart!

In India, the cat was an ascetic, in ancient Egypt, a warrior, among the Arabs, a magician, and for the Germans, the mount of the goddess of love, Freya. 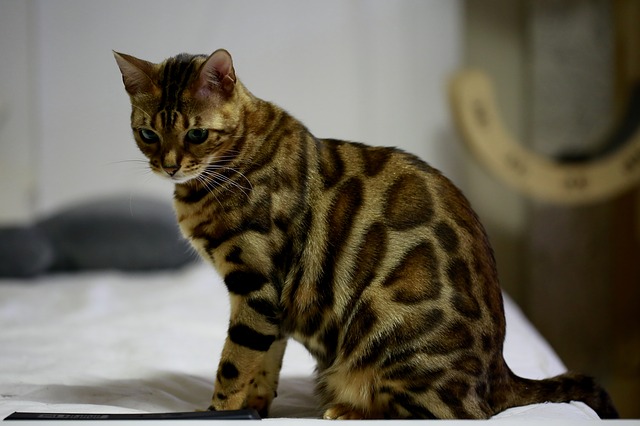 But in modern symbolic language, a pair of cats, one white and one black, is synonymous with the ideal union, the one between the ones that meet and merge.

Hidden message: you are my other half.

With a bouquet of colorful flowers of different varieties, lovers of past centuries would meet, declare love, quarrel, and leave, without anyone else understanding their encrypted dialogue. One, the rose, with its various nuances, speaks of feelings for all: platonic, tender, sensual, or passionate love. 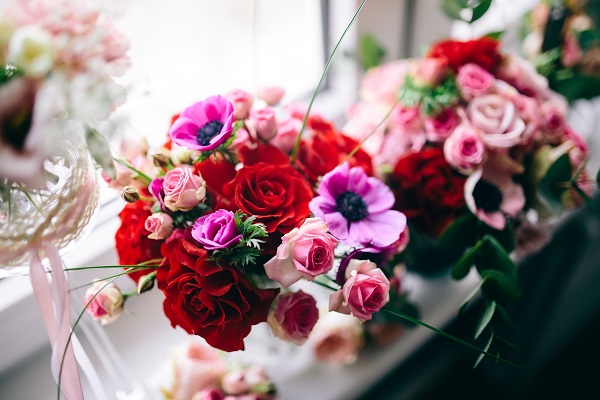 But to allude to the wedding, you have to bother the cornflower, a symbol of marriage in ancient Egypt, the crocus, the wedding flower of the Romans, who used it to dye the veil of the brides, or our local orange blossom, emblem of the bittersweet mix of married life. Hidden message: I always want to talk to you about love.

For the ancient Egyptians, it was the symbol of life, because it meant a link with the matter. In Islamic countries, instead, it ensured protection, but according to the Nordic tradition and in many practices of love magic, it is the emblem of love: some proof is the wedding tree, a small plant adorned with garlands and ribbons knotted for the wedding day.

For this reason, in Morocco, the groom could have intimate relationships with his lady only after having untied the intricate knots that closed the wedding dress. A good test of patience and self-control!

The symbols of love to give to your lover or a loyal friend are the belt, the necklace, the lock, the shoe, and the almond.

In metal, stone, coral, or pearl, it has a similar meaning to the ring: it symbolizes devotion and openly declares “I belong to you”.

Hidden message: I will be yours.

Three symbols in one—secrecy, loyalty, and perfection. The key, or the person who fits the lock of a padlock, cannot open another.

It is the promise of a lasting bond closed to external temptations and interferences and is equivalent to a definitive choice.

Message: stay in my sweet prison.

The sweet seed, protected by the rough peel, is the symbol of a delicate feeling that is struggling to declare itself: the most precious and secret part of the heart, which is kept in store for the right person. 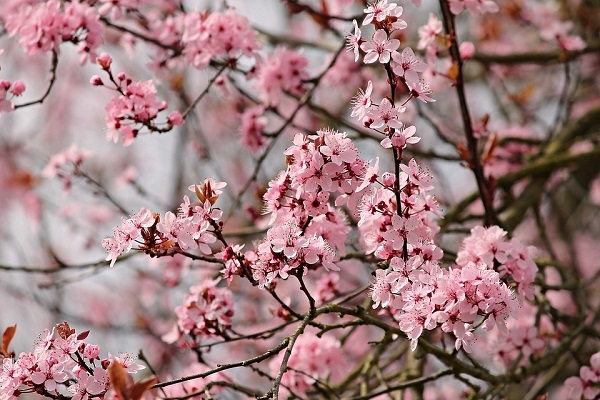 In Israel, the almond tree was the first tree to bloom in the spring, so it took on the meaning of renewal and positive change.

Hidden message: I want to offer you the best of me.

Ancient symbols: from Greek myths to Celtic and Nordic legends

If, on the other hand, you want to show your ardent passion for the person you are in love with, these are the symbols of love for you: swan, shell, apple, and pomegranate.

An emblem of beauty and light, so much so that the Greek god Zeus chose the swan shape to join Leda and give life to the beautiful Elena. In Ireland, the god of love, Angus, is always accompanied by a host of swans, which symbolize kisses.

Hidden message: I want you to die for me.

In Greek mythology, the goddess of love is born from a shell-like a very pure pearl, therefore it becomes a symbol of eroticism and fertility (also because of the similarity with the female genitalia).

The chariot of Aphrodite is also a shell, it is the vehicle that leads to union, but in addition to love, it also speaks of wealth and luck. Hidden message: Take me!

Emblem of love in art, poetry, and music, the harp within Celtic mythology represents the bridge that unites heaven and earth, humanity and gods; in Norway and Iceland, the strings of this musical instrument constituted a staircase that symbolized the ascent to higher levels of love, as well as the paths leading to Paradise.

It is synonymous with attachment, dedication, and loyalty; taking it away from a prisoner in war is like breaking a bond while taking it off means abandoning oneself (to Eros) and for the ancient Greeks and Romans getting married, on their wedding night, the groom untied the woolen belt of the woman, making her his wife.

Hidden message: I will take care of you.

In the Nordic myths, the goddess of youth, Idunn, holds an apple in her hand; the same gold fruit is offered by the shepherd Paris to the beautiful Aphrodite, winner of a race between beautiful ones.

Hidden message: bite it together!

Like oranges, grapes, figs, and pumpkins, it is an ancient symbol of fertility, always present in wedding banquets. Moreover, in ancient Rome, the bride’s hairstyle included pomegranate leaves and fruits.

The reason is found in the story of Persephone, a young goddess of nature, seduced and linked to her husband Pluto, lord of the underworld, tasting a purple pomegranate grain.

Hidden message: you have bewitched me.

One of the first geometric shapes, used in the ornaments of ancient peoples, the triangle in Ancient Egypt was connected to the triad of spiritual faith, love, and superior intelligence of man. 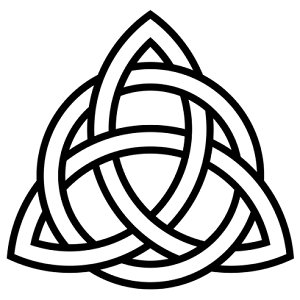 For Christians, it was a symbol of the Holy Trinity: an equilateral triangle represented equality and a single divine essence of God the Father, Son, and Holy Spirit. Message: Our love is sacred.

Also read:
What does the Triquetra Symbol Mean? [Symbolism & History] 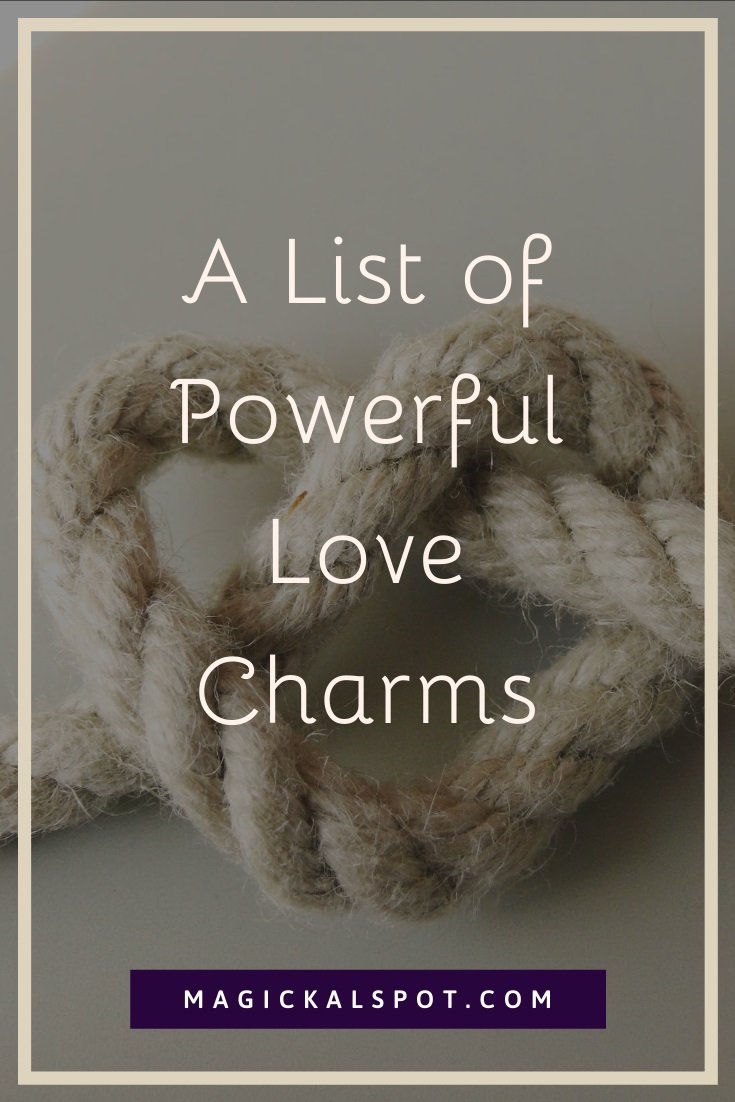 The planet of Venus, connected to the Goddess of love, sensuality, and strength of desire is found in all cultures, but in Wicca it symbolizes the femininity of the woman who rises to two levels, spiritual and material.

Connected to the circle of nature, it expands into worlds that are not visible. It also indicates the maternal and divine womb where the secrets of love and sex are hidden.

It indicates the morning star, assimilated to Lucifer, who brings light, and became the evening star because it followed the cycle of the Sun. Therefore it is necessary to know its implications to know what forces to draw on and use in esotericism.

In the esoteric world, in magic and alchemy, it connects to female strength, sex, love, and emotional implications.

In summary, using the magic of Venus brings the symbols of:

Venus has an entirely feminine resonance and the animals sacred to her are:

The flowers and fruits sacred to her are:

The symbols of Venus are:

All these “things” that have been put on the list satisfy the requests that are cast in spells and have an excellent power that Venus herself gives to women, but always pay attention to what type of magic you are using them in because Venus also embodies sexual and emotional energy and there also has opposite implications.

As you might have noticed, this symbol refers to many pagan symbols all in one! It gathers all these meanings and symbols in this one Venus symbol.

In fact, if we use them in the dark verse, we can find unbridled sex, a stubborn desire, fixation, and lack of libido, but not only does it drive away those who are united to an inner solitude, it leads us to be real hermits where knowledge increases the lack of affection and loneliness and becomes the only way to live in total isolation.

It’s the perfect gift for a woman to give to a man.

Message: I am all yours. You make me feel alive and feminine.