Does the Ihwaz or Eihwaz rune keep showing up in your rune readings or does this symbol just catch your attention? This is the right article for you to learn all you need to know about this rune, its power, its history, and its magic.

What does the Ihwaz rune mean?

The Ihwaz rune means progress. This rune advises, in the light of a series of acquired certainties, to work for the future with fervor and with the utmost confidence. Be dynamic. Immobility is synonymous with regression. Pay attention as much as possible to changing circumstances and look for companions who share your way of thinking.

Like the rider who makes an alliance with his horse, together you will have to overcome all the obstacles that prevent the growth of what you have undertaken.

Be careful not to get attached to the chariot of someone else, as you are called to fill the role of the one who carries the weights.

It is important not to confuse this rune with Raidho. The latter symbolizes the journey in search of fame and new adventures, a journey on Earth, horizontally, the Hero’s Journey to defeat dragons and enemies. Raidho prepares Ihwaz for the shamanic journey between worlds.

Ihwaz is the magic horse, he is Sleipnir with hideous legs, Odin’s companion, capable of transporting us between worlds, he unites earth and sky, an archetype of psychic travel, of strength and power.

It is a horse that has merged with the identity of the rider, so that they are one; for this reason, Ihwaz is the rune of union, of the relationship—but different from Gebo (association, union, and collaboration) as it implies a total fusion, symbiotic, a merging and an immersion in order to perceive each other.

In the glyph of this rune, we can see two Laguz runes, one in front of the other, or two horses, muzzle against muzzle: feeling, empathy, emotion, love, and sentiment.

Ihwaz is the union of the masculine and the feminine, of the God and the Goddess, the tantric union. The horse and this rune are symbols of marital fidelity and the word given.

The horse has always played a very important role in the life of men, since ancient times, helping him in work, travel, conquest, and war. It was so highly regarded that rider and horse were buried next to each other.

This animal has a double aspect; it can be bright and sunny, with a snow-white coat, equipped with wings to be able to fly to other worlds and to the celestial gods, but it can also be a lunar and dark animal, with a black coat like the night, a means of transport for the souls of the dead.

It’s a horse with mystical powers, a symbol of strength, youth, and sexual power. In Norse mythology, the chariot of the sun, of the goddess Sol, is pulled by the two horses: Alswidr, the one who runs fast, and Arwakr, the one who fades early, while the lunar chariot is pulled by Alsvider, led by the god Mani.

Odin riding his horse Sleipnir has the responsibility of psychopomp, the guide of souls, who together with the Valkyries helps the souls of brave warriors to reach Valhalla.

The extraction of this rune symbolizes stability, progress in proceeding, establishment, fidelity, and the evolution in a relationship that is destined to last and grow by also questioning itself. In love, couple relationships become very fortuitous and lasting, more stable, and it is possible to prepare good and evil without being blocked by fear and anxiety.

Ihwaz is also the union between masculine and feminine within us, at the level of energies that balance and complement each other.

In the field of work, we experience a very important moment of transition, it is necessary to adapt to the circumstances and to live what is required of us as a new adventure.

Ihwaz heralds transformations and changes. There will be news and people who will turn out to have a key role or will emerge from a crisis stronger, with new and more vital perspectives, and become part of their lives.

Ihwaz remembers that you need to be understanding of yourself and your mistakes, and proud of your successes.

You have to let yourself be guided by optimism and faith in your personal growth. The goal must be to mature and improve; only in this way will you be ever closer to happiness.

It is possible that you feel the sensation of being at a dead-end: it seems that you can no longer proceed in any direction.

In this case, Ihwaz recommends considering the hypothesis of changing the orientation of one’s profession or studies or trying to meet people from different backgrounds who provide new ideas and stimuli.

It may also be that you have set goals that are too difficult to reach: in this case, you have to admit your limits and be more realistic when setting a goal.

Ultimately, this is the time to introduce novelties and changes in the present and plan a future more suited to your ideals.

Love: if the opportunity arises for a new relationship, Ihwaz advises you to be cautious and take a period of reflection. We must not be hasty with feelings, both of ourselves and of others, and we must avoid causing unnecessary suffering.

Work: you are in a moment of transition that can cause a feeling of insecurity. Ihwaz recommends being open and receptive to new things and adapting to circumstances to make as much profit as possible.

Health: the rune recommends taking care to prevent your health from being affected by this unstable situation. You need to get enough rest and eat a balanced diet. 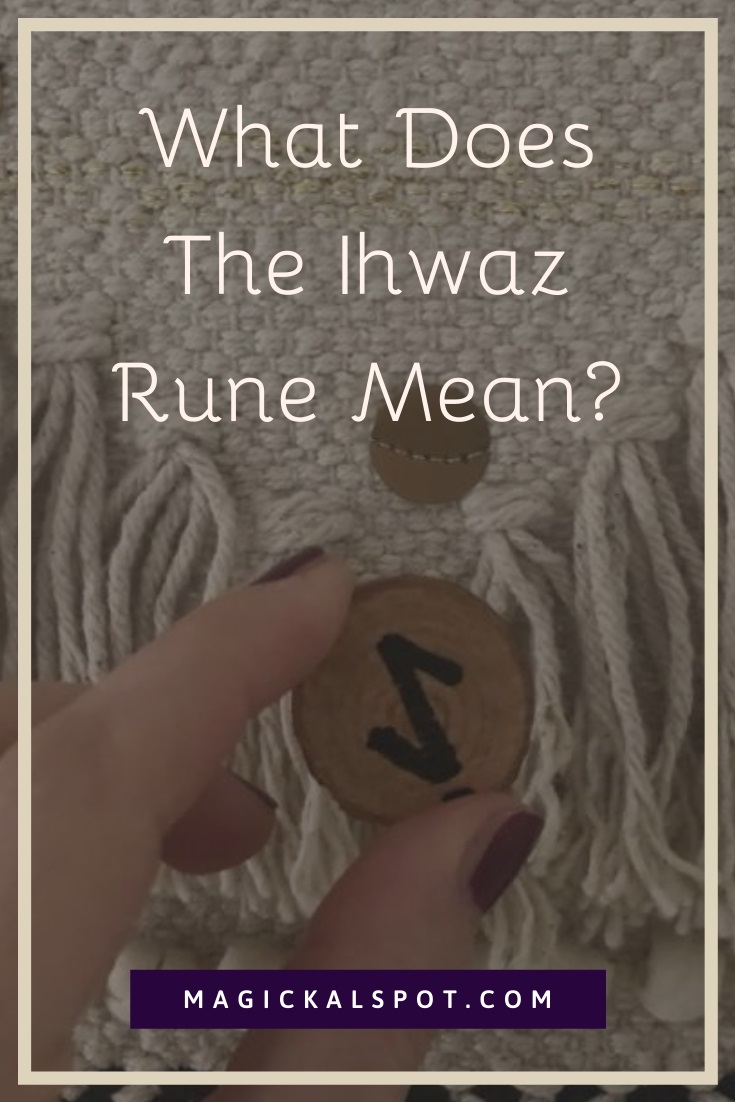 How to work with the energy of the Ihwaz rune?

The special message from Ihwaz rune to you 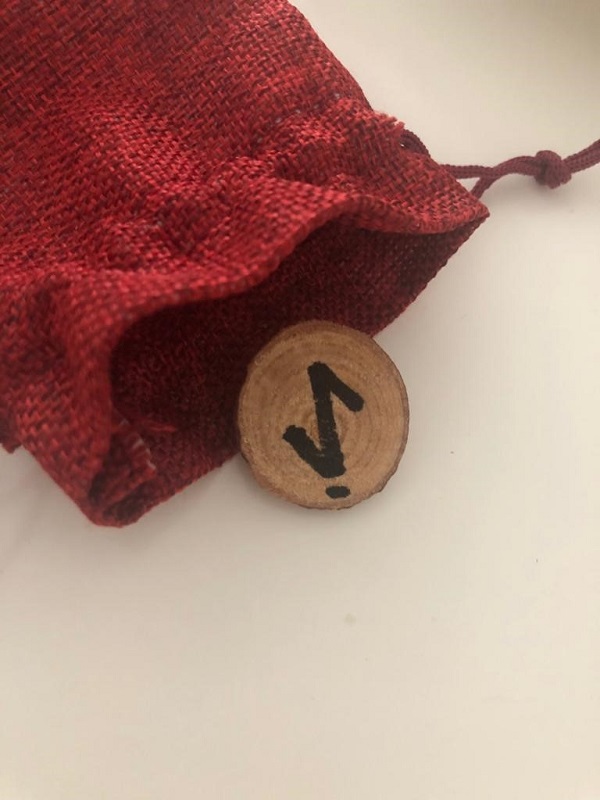