In this article, we’ll cover the aspects of the Voodoo magic that will prepare you for the actual practice of this art. So let’s take a look at the essential parts of the Voodoo and also how to do voodoo magic safely and appropriately.

Casting your own magic spells takes skill and patience and isn’t recommended to do it alone in most cases. I provide these “do it yourself” articles for educational purposes, but it is strongly recommended that you consult an experienced spell caster such as myself and allow me to do the work for you.

I can cast a powerful Black Magic Money spell in less than 24h.

This is a Custom Black Magic Spell Casting, which is a premium spell casting that requires higher quality materials and it also manifests sooner than other spells.

What Voodoo really is?

If you don’t know what Voodoo is, let’s first quickly cover that part.

Voodoo derives from the African term “vodun” which means “spirit”.

Voodooism is associated with the Yoruba population, who lived in the present areas of Benin, Nigeria, and Togo in the eighteenth and nineteenth centuries.

The roots of this religion, however, go back to 6,000-10,000 years ago. Voodoo is practiced in the areas of Africa from which it originates, as well as in Haiti and some areas of Louisiana in the United States of America, taking different forms from area to area.

The voodoo beliefs and practices are very different than what you see in the movies and are based on a spiritual structure.

I’ve written a much longer article about voodoo magic in this article.

Understanding the spiritual structure of Voodoo

Believe in a supreme deity

Although Voodoo is considered a polytheistic religion, in reality, it worships a supreme divine entity that commands natural and supernatural forces.

In the tribes of Benin, the deity is called Mawu, while in America, it is known as Bondye or Bon Dieu.

However, unlike the Christian God, the supreme voodoo divinity is seen exclusively as a transcendental figure who does not interact directly with his devotees except through his intermediaries, that is, the spirits (voduns).

Voodoo is a religion of dualism with forces that represent happiness and sadness, good and bad.

The “loa”, also spelled “Iwa”, are the spirits.

Some loa are the descendants of Mawu / Bon Dieu, while others are the spirits of the ancestors of the believers.

Good loas are more or less equivalent to archangels and saints and can be worshiped using the Christian symbols they most resemble. While bad loa are the equivalent of demons and devil.

I’ve listed the main loas below.

Some are more important to African voduns, while others play a more predominant role in the voodoo practices of Haiti and New Orleans.

Some loa names are used as family names by loa groups. Among these, Erzulie / Ezili, Ghede, and Ogou.

The voodoo religion includes the worshipping of ancestors, whether they have just died or are the founders of the clan (the Toxwyo) to which the living belongs.

Remember that the basis of animism is naturalism and tribalism.

The ethical expression of Voodoo is manifested with moral rules to maintain the community, a community ethic of honor.

Defamation is punished, denigrating the family itself, the clan, stealing another’s wife, or unfairly preventing someone from cultivating the land, among other aspects, always linked to nature, the tribe, and the celestial-terrestrial unit.

Learning the truth about voodoo dolls

The use of the voodoo doll as a torture method is very famous. However, the doll can also be used to bless a person using different colored needles.

It can also be used to make a person fall in love by using hair or bits of clothing belonging to that person.

The voodoo doll is part of the talisman called “gris-gris”. It is a piece of fabric or a leather bag on which verses of the Quran are engraved containing numbers associated with the person who will wear it.

This method is used to bring luck, ward off the evil eye, and in some cases to prevent pregnancy.

This method is often used in Louisiana.

As it happens for all kinds of magic, always consider the consequences of your rituals, spells, and ceremonies and keep in mind that the kind of energy you create is critical for a spell to manifest and, most of all, consider that magic always has a price. This is especially important when it comes to black magic.

If you are new to Voodoo, please educate yourself enough to know all you need to perform spells and rituals safely.

Voodoo is a powerful kind of magic, and if done wrong can easily create problems and negativity around you.

My favorite books on Voodoo magic

I always read a new book before I dive into topics I’m not familiar with.

That’s the reason why, especially if you are a beginner when it comes to Voodoo, you should take some time to learn everything you can before you start practicing it.

So, if you want to dive into spells and rituals The Voodoo Hoodoo Spellbook by Denise Alvarado is a great option, especially because she grew up in New Orleans, the modern cradle of this fascinating craft! 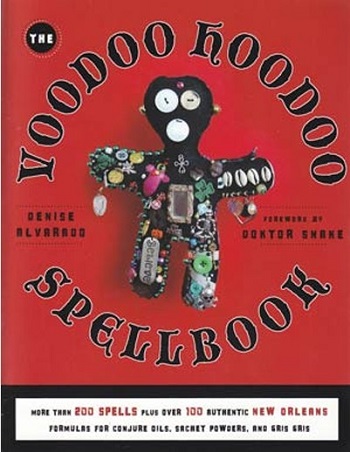 If you are more of a theory witch and you just want to learn more about the story of Voodoo, and its origins The New Orleans Voodoo Handbook by Kenaz Filan is a good one! 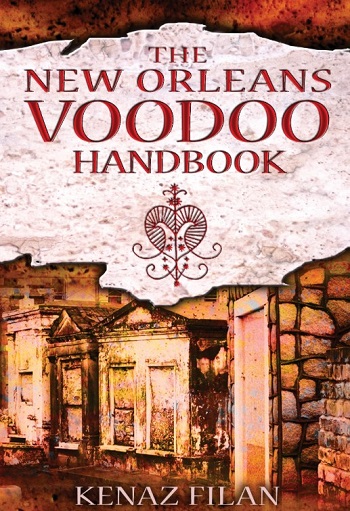 Voodoo, like many other forms of magic, should be experienced like a journey taken step by step. This How to Do Voodoo Magic article is just the first step in your journey.

I know that many of us would like to “use” magic instead of “living” it, but this is not the best way to create a nice good spiral of flowing energy!

Here's How to Safely Dispose of a Voodoo Doll (Different Cases)
If You Wonder "How to Break a Family Curse" (Important!)
Is Voodoo Witchcraft? Is it a Religion or is it Black Magic?
What Happens to a Person who does Black Magic? (Q & A)
How to Find Out Who Cursed You? [3 Methods Explained]
Potent Black Magic for Hair Explained [How Can It Help You?]
Here's How to Stop Black Magic Attacks [Different Methods]
Do Voodoo Dolls Work for Love Magick? [My Experience]