To investigate the theme of totem animals it is important to talk about the fox, considered one of the best totems ever. Let’s learn more about the meaning of a fox as a spirit animal, dream interpretation, and more.

The list of totem animals is very long, but the fox holds a position of primary importance, as you’ll see below.

Meaning of a Fox in Esotericism

A fox is associated with awareness and high reactivity, both physically and mentally. In fact, we have said that cognitive abilities are strengthened and in the same way the ability to evaluate analytically.

The fox then often appears in dreams and is even associated with the so-called dream work. People who have their own fox as a guide or as a totem are individuals who tend to feel good if they have to do nighttime activities. 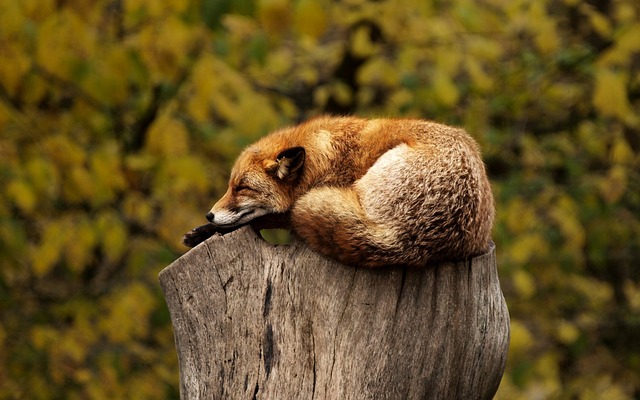 Also read:
A List of 5 Deities Associated with Foxes [With Stories]

What is the message of a fox totem?

The fox as an animal totem has always been appreciated. When it becomes part of a person’s life, it brings with it the speed of action and, above all the need to act. There are times when you might be hesitant about doing or not doing a certain action, so the fox comes to the rescue and pushes you to commit yourself to do the action.

It can assess the circumstances analytically and to act quickly according to the situations. The same capacity is offered to those who have it as a totem, with an invitation not to let themselves be intimidated, act for their own interests, and overcome difficulties.

It is also endowed with an acute intelligence, which serves to evaluate the situation analytically from time to time. Having the fox as its personal totem means aiming to improve its analytical skills, enhancing cognitive performance and analyzing everyday situations more effectively.

It also invites you to use cunning to make the best for yourself, but be careful not to damage others. Only in this way can positive cleverness be exploited, because it would not be correct to obtain advantages to the detriment of others.

At this point, one might ask what it means to see a fox in dreams. When a fox appears in your dream has a positive value and it means you are and to exploit most appropriately its analytical and cognitive abilities to make decisions.

Having the fox as your guide animal means getting away from immobility and embracing instead the idea of ​​acting quickly, aware of the importance of not wasting time, since in many cases there is not much time to make the right choice.

Symbolism of Fox in Different Cultures

The symbolism of the fox is ambivalent.

Invoke its power when you feel lost, confused and you need to find the smartest solution to a problem if you want to get around obstacles rather than face them directly.

This animal comes out at dusk when darkness and light merge, which is associated with the world of fairies and ghosts. If it is your totem you may feel more creative at night and have a particular connection with the world of dreams.

This animal represents the ability to seek alternative solutions, the renewal of inner energies. With its fawn fur and innate elegance it is the emblem of feminine charm.

It evokes the “femme fatale” the woman who attracts and repels a man just as easily.

This is because the female fox draws the male (the same every year) thanks to its scent when it is ready to mate and then moves it away to raise the puppies alone.

A Symbolism of a White Fox Explained

The white fox is a very capable huntress and knows how to camouflage herself: she invites us to act with cunning and wait for the right moment to hit an opponent.

It has a special bond with the world of Spirits and asks them to pay attention to their signs.

A Symbolism of a Red Fox Explained

The red fox is connected to solar symbolism and represents passion, desire, expression of creativity and intensity in feelings.

It reminds us that it is important to use all available resources to achieve our wishes. When it appears in dreams it will be useful to ask oneself who is subjugated magnetically since it is the most astute animal that charms its victims with its charm.

It likely wants to show us a rival ready to unexpectedly steal what it envies us.

If a fox refers to the dreamer, it can configure a cunning behavior, for example in business, or in love or on the contrary, warn him to be more disenchanted. In many cultures it is considered a “divine messenger” therefore in dreams it can give useful indications about the future.

Unforgettable, the fox of the “Little Prince” by Antoine de Saint-Exupéry who pronounces a phrase of shocking beauty in the story: “You can only see with your heart. What is essential is invisible to the eye”.

How to connect with it?

To connect with it, make sure you use your mind and your intellect to solve things out. Be analytical and not too emotional. Make plans and stick with it.

The energies associated with this spirit animal can help us in many different ways and situations:

Ask the fox for some guidance if you feel you are missing the motivation and the strength to do it.