A fox awakens the individual’s camouflage abilities and increases their ingenuity. He teaches adaptability and cunning, develops observation skills and the speed of thought and action. It is particularly powerful in difficult situations, especially those that require clarity of thought.

If a fox is your totem, you can increase your mental faculties and develop your power of deduction, but also your physical reactivity. It allows you to quickly find a way to overcome obstacles, sometimes bypassing them without necessarily having to face them.

It increases awareness, perspicacity, and sense of direction helps to sniff out deceit, and to pay attention to people or circumstances that could be detrimental for one’s own evolution. In this regard, develop insight into relationships and individual choices.

The power of a fox offers great support in finding the smartest solution to any problem. Rely on a fox guide when you feel lost and need help finding your way. It allows you to work with dream energies, being a purely nocturnal animal. Meditating on a fox will reveal to you what is growing in your life and what needs to be transformed. Popular European beliefs link a fox to witches, wizards, fairies, and goblins.

The likeness of these animals can conceal demonic beings, people affected by terrible spells, and even the spirits of the dead. A fox is described as the queen of metamorphosis, a deceptive and false shapeshifter from which one must stay away. But actually, not all foxes are bad.

5 Poweful Deities That are Associated with Foxes

Promised in marriage to a young and reckless Loki since adolescence, she has never shown impatience towards him. Indeed, she proved to be a faithful ally! It is no coincidence that she is the image goddess of loyalty …

Unlike her husband, she has a calm personality and is not at all a brawler… more than anything else, she has a talent for putting an end to fights! In fact, she enjoys the full trust of Odin, and always manages with her sweetness to extrapolate from him forgiveness for Loki’s troubles.

She is also very thoughtful and good at planning. Loki relies on her advice and knows he can count on her loyalty. She has no problem doing “chores” on her husband’s commission. To get what she wants, she uses her most subtle weapon: sweetness.

Her power of persuasion has an effect on all the gods: having in fact always proved reliable and with delicate manners, no one knows how to ignore her requests. However, despite having such a useful talent, she never uses her weapon for herself, but only for the happiness of her spouse.

Even she is so opposed to any form of conflict, that she is unable to take part in armed clashes unless for her own defense or that of Loki. Rather, she devotes herself to the art of medication and medicine, for which she is particularly gifted. Her spirit animal is a fox.

For the Chinese, even animals can cultivate the Tao, becoming gods or demons. The example of foxes is one of the most famous: according to legend, if a fox reaches fifty, it acquires magical abilities and turns white; every hundred years then it grows an extra tail until, when it reaches a thousand years, it becomes immortal and ascends to heaven in the guise of a nine-tailed golden fox.

In this form, it is consecrated to the Chinese goddess of immortality, Xiwangmu, since its nine tails symbolize fertility and longevity, as well as to the goddess Huxian, equivalent to the Japanese Ikari Okami.

Chief among the latter is the ability to change the appearance and assume human form; a fox is said to learn to do this when it reaches a certain age (generally a hundred years, in some stories only fifty).

Kitsune often appears as a beautiful woman, sweet girl, or old man, but never as an old woman. Other powers that are often attributed to kitsune include possession, the ability to start a fire with the tail, or to breathe fire, the power to enter dreams, and the ability to create complex illusions that are almost indistinguishable from reality.

Some tales go further, talking about kitsune with the ability to bend time and space, to drive people crazy, or to take on other forms besides human ones, such as a very tall tree or a second moon in the sky. Occasionally, kitsune are described in terms similar to vampires or succubus – these kitsune feed on the life or soul of humans, generally through sexual contact. 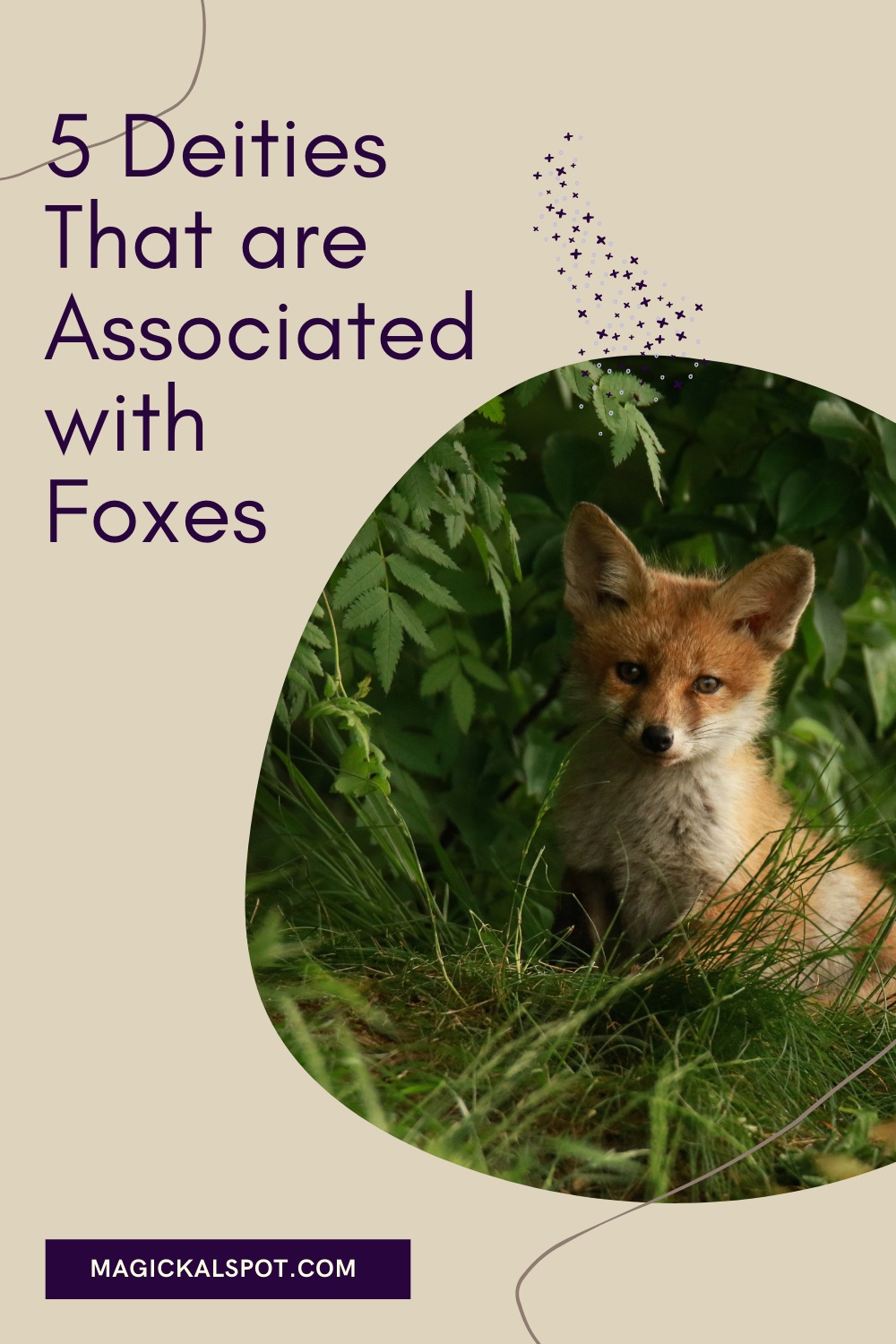 Greek mythology tells that the Teumesso Fox or Cadmea Fox was a giant monstrous fox, sent by the gods to punish men, who could never capture it. It is said that he raided men in the Cadmea, devouring many of them and that every month, to prevent him from overeating, a child was offered to him as a sacrifice.

Teumesso was the name of a mountain and a village in Boeotia. Two traditions were related to Teumesso: it would have been the place where Zeus hid Europa and it was here that Dionysus sent a fierce fox of unusual size to torment the people of Thebes guilty of sacrilege.

Amphitryon had the hard task of capturing the impregnable fox and had Cephalus give him the dog Lelapo which belonged to Europa and Minos and then donated by Artemis to Procris wife of Cephalus.

The Inari is a fox deity, represented as both female and male, and is the god of fertility, agriculture, and rice.

As is well known, rice for the Japanese is like bread for us Westerners. Hence this deity takes on extreme importance in the Shinto religion.

The spread of this divinity in the Japanese territory has meant that even the Buddhist religion incorporated a fox, and, throughout Japan, numerous temples were built, including that of Fushimi Inari, near Kyoto, which became the main temple of this god.

The white foxes are considered by Inari to be his messengers, while the others are harbingers of misfortune.

To please these foxes, sometimes understood as an emanation of Inari himself, gifts are given (rice, sake, and other food), expecting to be graced by them and then to be reciprocated.

There you have some of the main deities associated with foxes! They are wonderful deities to work with to create and strengthen the connection with this animal and its energy!