Leo is a fire sign, like Sagittarius and Aries, and the sun is in this sign from 23 July to 23 August. Are you curious to know what deity is associated with Leo? Keep reading this article then!

Which deity is associated with Leo?

As a Greek deity, Apollo is the son of Zeus and Leto (Latona to the Romans) who together also gave birth to Apollo’s twin sister Artemis (Diana to the Romans), goddess of the hunting, and later one of the three personifications of the Moon (Luna crescent), along with Selene (full moon) and Hecate (waning moon).

Also read:
A List of 5 Deities Associated with the Moon [With Stories]

Apollo combines multiple aspects in himself: he presides over music, poetry, and the arts, but is also capable, with his silent arrows, of causing sudden deaths. Besides the zither, his other symbols were the bow, the arrows, the quiver, the swan, the sparrow hawk, the wolf, and the cicada. He is the god of wisdom and prophecy: his sanctuary in Delphi is home to the most famous oracle of antiquity, whose dark responses emanate from the mouth of the priestess Pythia.

Apollo, god of the sun, light, and health is also, and especially, the god of song, music, and poetry. Not for nothing, when he was born, the first words that Apollo spoke required that he be given a lyre. Apollo’s favorite abode was not Olympus, but Parnassus, at the foot of which was his main oracle (which we mentioned above), Delphi. Here, Apollo loved to rest and play the lyre, surrounded by the Muses, his handmaids, who danced and sang in chorus. The cult song in his honor was the peàna, a term that was also an epithet of the god.

Apollo, from another point of view, was also the god who had to announce the will of Zeus to men, which is why he was the god of the vaticini and oracles. The main place of worship of the god was the very rich sanctuary of Delphi, on the slopes of Mount Parnassus, in Phocis. There, Apollo would have killed the monstrous snake that infested the region and would have made it rot in the heat of the sun; from the Greek verb pythèin (“to rot”) would have derived the name of the place, Pito, and the epithet Pìzio of the god.

The Delphic Apollo was above all the god of wisdom. Two famous maxims were engraved in the temple aimed at recalling man to moderation and awareness of his limitations: “Nothing too much” and “Know thyself”.

It was popular belief that the god did not stay in Delphi all year round; in winter, he left the temple to go to the far north, to the land of the Hyperboreans, from where, recalled by the songs of his faithful, he returned to Delphi in a chariot pulled by swans.

The Pythian Games were organized in his honor, which included musical competitions as well as sports competitions.

Inside the temple was the oracle of Apollo. A priestess, the Pythia, in a state of trance, answered the questions that were posed to her; it was believed that it was Apollo himself who inspired her. The responses were, however, characterized by an obscure language and needed to be interpreted; the god manifested his thoughts only indirectly, and for this reason, he was also referred to with the epithet of Lossìa (from the Greek loxòs “oblique”).

Most of the responses we know of concern issues relating to purifications and atonements, but the oracle was addressed—on the part of communities or individual citizens—also for any other problem of certain importance: for example during wars, or at the time of the approval of important state decrees, or at the time of the foundation of new colonies.

We know that oriental sovereigns such as Gyges and Croesus also had relations with the sanctuary. This meant that it acquired, especially in the Archaic Age, a role of primary importance also from a political point of view. 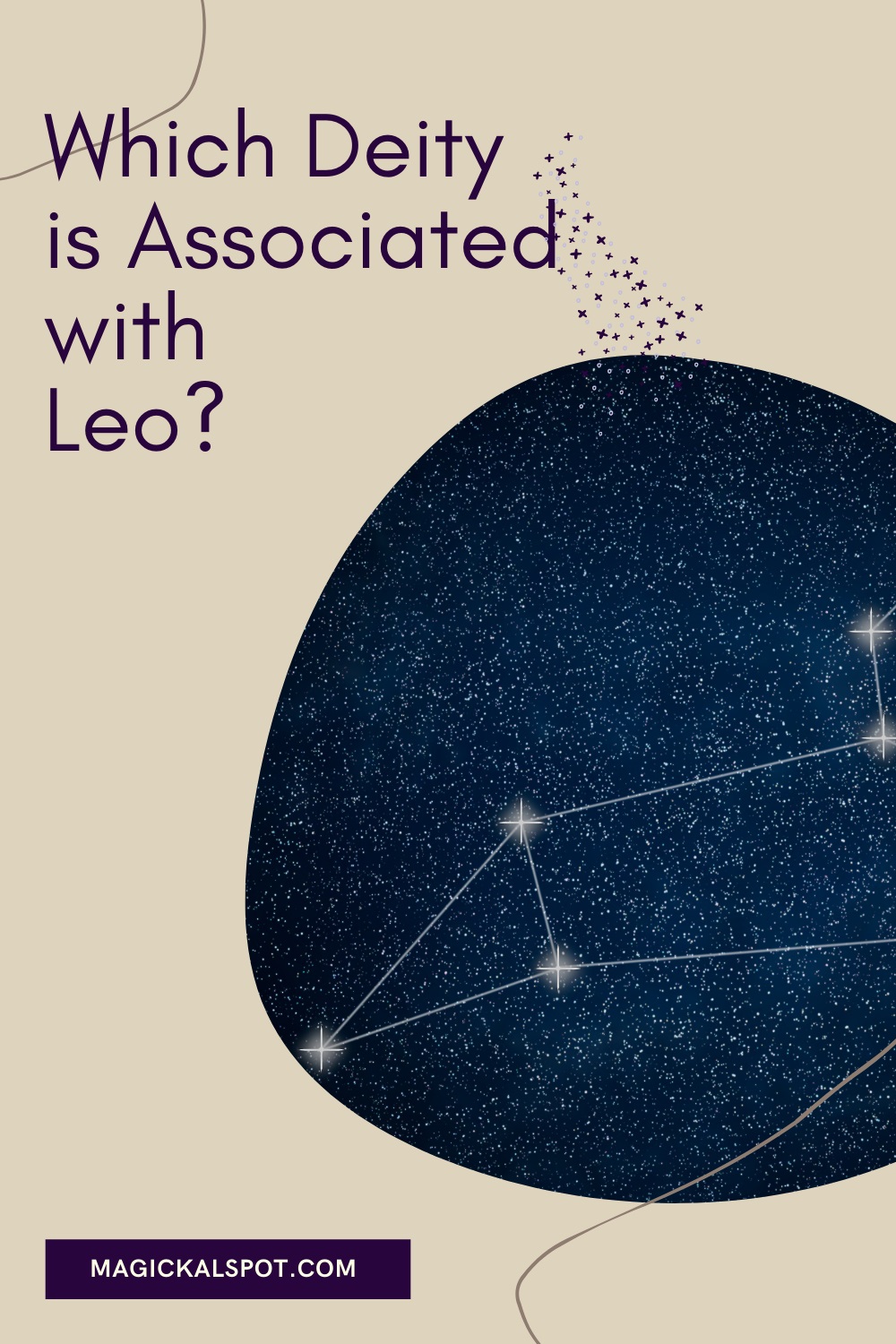 Main qualities Apollo has in common with the sign of Leo

Those born under this sign cannot sit idle, they are generous and willing.

The Sun is your cosmic body, this vigorous and shining star radiates towards you to such an extent that it is impossible not to notice. You always look neat and when you get ready for a special evening, it is impossible for anyone to take their eyes off you, you exude an irresistible charm. You are affectionate and generous, but when you need to be, authoritarian and inflexible.

Pride and ambition make you determined but not without emotions. It often happens that inflexibility and rigor give way to understanding and solidarity. You have a sunny soul! Proud, full of energy, and always in excellent company, your aspiration is only this: that your daily life is not ordinary.

Sure, your constant need to be noticed sometimes overshadows those around you, but you compensate with some great qualities such as loyalty and fidelity, not to mention your generosity.

You hate mediocrity, and there is nothing you like more than spoiling your loved ones, even if it costs you a little. Brilliant and passionate, you are driven by a strong ambition that pushes you to give your best both professionally and in your personal projects. People who know you well know this: in your company, life is a celebration that deserves to be celebrated with commitment.

You manage to show all your talent in the organization when you find yourself having to put on some grandiose and sumptuous event, for you and for others. At work, you can’t stand half measures. You are always ready to take more responsibility, to implement big projects.

You know well that recognition cannot be obtained without getting your hands a little dirty and there is nothing more beautiful for you than the appreciation of the people around you.

Your bright energy and your inner light and strength, especially when dealing with emotions, makes your connection with Apollo strong and authentic!

How to connect with Apollo?

If you are a Leo and you want to connect with Apollo, you can do it by spending more time outside, doing something that makes you feel alive, and, most of all, expressing your talents the way you want. If you feel a bit low lately and you would like to have Apollo’s solar energy to guide your life, you can say a prayer to him or you can cast a confidence and strength spell in his name!