Energy, power, passion, action, but also meditation, freedom, attention: are the main attributes of fire, an element which, in addition to being fundamental for the development of civilization, has symbolic importance for various cultural traditions.

Fire is the agent of the natural relationship between the microcosm and the macrocosm.

One of the four elements of which reality is formed – together with Air, Water and Earth – in alchemy, the life-giving quality is emphasized in the sense that fire is present in a reaction, involving the modification of matter.

A dynamic element and maximum purifying agent, it elevates everything to a greater degree of perfection, which is characterized by purity and excellence. But which are the main deities associated with fire? Let’s find out together!

5 Inspiring Deities That are Associated with Fire

Hephaestus: the most famous god of fire

The Greeks adopted the myth of Hephaestus from the peoples of Asia Minor and the Cyclades islands. Hephaestus, in addition to being the god of fire, is the deity of forges, engineering, sculptures, and metallurgy. His symbols are the blacksmith’s hammer, the anvil, the pincers, and the axe.

He was worshiped in all the cities of Greece rich in handicraft activities but especially in Athens. In the Iliad, Homer recounts that Hephaestus was ugly, lame, deformed by birth, and had a bad temper, but he possessed great strength in the muscles of his arms and shoulders and made most of the magnificent objects and weapons of the gods.

His great forge was located in the bowels of Etna and he worked with his Cyclops, whose anvil blows and panting made the volcanoes in the area grumble. The fire of their forge reddened the top of Etna. Hephaestus was conceived by Hera for revenge against her husband Zeus, for the betrayals suffered over the millennia.

Legend has it that as soon as she saw him, Hera threw him from Olympus. In the Iliad, Hephaestus tells how he fell for many days and nights and ended up in the ocean, where he was raised by the Nereids Teti and Eurinomee, who gave him a cave as a forge.

Hephaestus took revenge by building and giving Hera a golden throne that imprisoned her as soon as she sat on it. Hephaestus agreed to free Hera only if they recognized him as a god.

Between Hephaestus and Aphrodite, marriage was arranged, but the goddess of beauty, secretly in love with Ares, god of war, repeatedly betrayed her husband who, tired of being humiliated, returned to Earth, in the bowels of Mount Etna, and decided to leave Olympus forever.

In many Norse myths, Loki is the shrewd god of cunning and chaos, but few know that his name is linked to fire, an element linked to both civilization and destruction.

Loki is not considered an evil god in an absolute sense: he alternately helps gods and giants depending on which course of action is most beneficial to him at the time. He knows and embraces the principle of evil but defends and preserves the good to maintain the balance of opposites: his presence is essential because it represents an evil that must necessarily oppose good. Loki possesses physical features of exceptional beauty, which at the same time inspire admiration and fear, a sign of the ambiguity that characterizes him.

Being of uncertain sexual boundaries, he is famous for giving birth to a progeny of ruthless beings, but he also sired Sleipnir, Odin’s trusty and very fast horse.

In the Hindu religion, the god of fire is Agni, son of heaven and earth (Dyaus and Prthivi). It is a Vedic deity, representing the forces of light. He is also an invincible warrior and the lord of the cremation ground and forest fire; finally, the “heat” generated in yoga practices belongs to him. Its main manifestation is “the fire that burns on the altar of sacrifices”, as it burns the demons that threaten the sacrifices. He is also a mediator between gods and humans.

In him, the “universal fire” is embodied, which in man is perceived in anger, in the burning thought and in the heat of digestion (according to Ayurveda, a traditional medicine used in India since ancient times, in fact, Agni is the vital fire, which animates all biological processes, and represents the digestive metabolism).

Agni can manifest himself in three forms: Davagni, Vadavagni, and Jatharagni (or Vrika) The number 7 is linked to Agni; in fact, 7 are the mothers, the sisters, and the rays by which he is surrounded.

He also has features of aquatic divinity; in fact, he is called “the one who dresses in the sea” and “the one who vivifies the seed in the water”.

He is depicted in the form of a red man with three heads, four arms, and three legs, dark eyes, and flames that come out of his mouth, always astride a ram. He holds the tools to rekindle the fire and the spoon of sacrifices in his hands.

In other representations, it has seven tongues and hair of fire or a golden body, powerful teeth, a thousand horns and a thousand eyes.

Svarog: the Slavic god of fire

In Slavic mythology, Svarog is a divinity commonly equated with Hephaestus and always associated with fire (of the furnace, as a sacred blacksmith protector of metallurgy; of the house, as protector of the domestic hearth; of the sky, like the blacksmith who made the solar disk).

According to the Hypatian Chronicle, Svarog is the father of other gods, creator of the sun and protector of traditions. 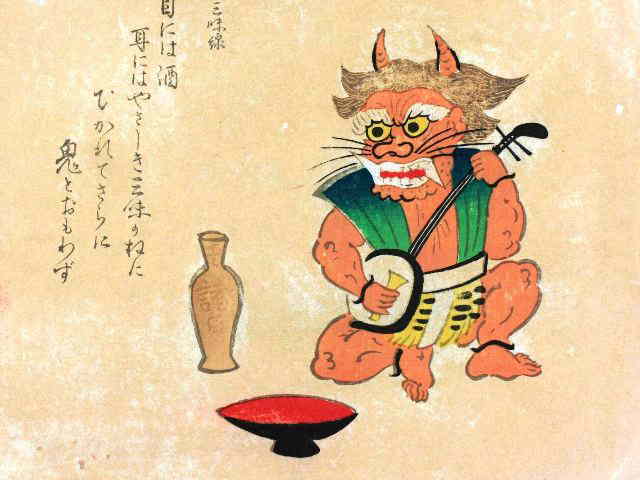 In Shinto, a polytheistic and animist religion native to Japan, the god of fire is Kagutsuchi.

The last son of Izanami and Izanagi, legend has it that his father killed him because his birth cost the life of the goddess Izanami: the god in fact used his sword to behead him and cut his body into eight parts, which later became volcanoes; from the blood dripped from the sword, moreover, eight deities were born, including Watatsumi, god of the sea, and Kuraokami, goddess of rain and snow.

These are the main deities associated with fire. If you are connected with this element and you want to take things to the next level, you could give yourself the chance to work with the deity resonating with you the most! Choose your own!