Aries is the first sign of the zodiac, and it is rather curious to note how those born under this sign look at themselves. Those born under Aries are the first of the band, those at the forefront of doing things: whether they succeed in doing them or not is another question, as Aries much prefers to start rather than complete. But what is Aries’s spirit animal?

What is Aries’s spirit animal?

Aries’s spirit animal is a cat! And being an Aries (and a cat lover) I can totally see why! Just like a cat, the leadership exhibited by the Aries is impressive, so don’t be surprised if they rally their troops to act against an apparently insurmountable obstacle (they have a kind of magnetism for them).

Those born under this sign are often referred to as “the pioneers of the zodiac”, given their intrepid journeying towards the unknown, trying to bring it to light. Aries is a mixture of energy and dynamism, the magic piper of people. The birth of a new day, with all its opportunities, is pure happiness for Aries. 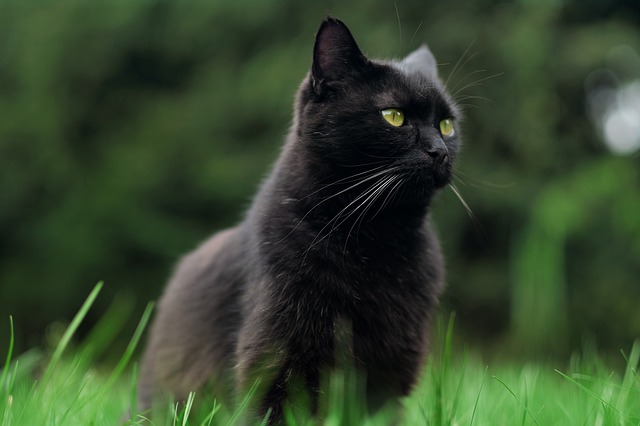 The fact that this sign is represented by the respective animal can be good and bad news: the impulsive Aries (there are quite a few) force their ideas on others; if things are done correctly, then they can go well. There are times when an idea is fed by Aries for no apparent reason, and we hope that, in reality, this sign symbolizes a much more docile creature than we expected. But it is only an illusory hope. To all the qualities of Aries, we must add the great strength of being that can accompany his business.

Much of that strength comes from the cardinal qualities assigned to this sign. The cardinal signs love to undertake projects, and Aries is an example more than all the others. Aries is ruled by the planet Mars. Taking a look at Roman mythology, we find Mars as the God of War, fearless in battles, and the same could be said of Aries.

These people are bold, aggressive, and courageous. They can draw on their inner strength, which is needed to challenge as many people as possible, and probably win them all. They have no lack of energy or vitality and are able to stay in the game longer than anyone else. Today it corresponds to a great advantage.

Aries are also, for the most part, independent and well aware of their interests in a given situation, just like cats. This somewhat myopic point of view does not always apply to everyone, but it certainly helps Aries to do things. In addition, this competitive nature ensures that the game is played with zeal and vigor. At the same time, their approach could be interpreted as arrogant and dominating, or as the will of someone who feels like a leader (as the Aries likes to say).

Sadly, Aries does not usually want to be present at the final victory (defeat? Never!): They simply enjoy undertaking another project before the previous one is finished. The way he deals with the world will certainly seem arrogant, but he is quick to tell you that it is his only way.

Although it is typical of Aries to refrain from claiming that he is the best, there is no point in discussion with him because, in his mind, he is still the best. The great strength of those born under this sign is the spirit of initiative, courage, and determination.

These people love to do things and are fearless in doing them. Their dynamism and competitive spirit add considerably to the projects they want to undertake.

The cat embodies the instinctive side of nature, it is a free and independent animal. Therefore, it is a privileged being for its cryptic and secret side. This was understood by the Egyptians, who made the cat a divinity who sits in the pantheon of the gods.

The origin of this feline dates back to the tertiary period, about 50 million years ago. He is a descendant of the Libyan Felis sylvestris, the African cat. And it is precisely in Africa, in ancient Egypt, that the subtle esoteric link between man and the cat was established. Here it was considered the earthly manifestation of Bastet, the goddess of health and patron deity of fertility, motherhood, and earthly joys (dance, music, and sexuality), represented with the body of a woman and the head of a cat.

In fact, from the painted or carved images in the depictions of tombs and temples, it is possible to see how the goddess Bastet was considered. Goddess of song and dance, of the prolificacy of men and animals. Protector of the ripening of crops and fruits and goddess of love.

In her left hand, a sacred amulet in the shape of a cat’s eye, the utchat, was often depicted, which had magical powers. This amulet was reproduced in decorations in houses and temples, where it protected against theft, disease, and accidents, and in jewelry. Worn around the neck, it protected travelers and was given to spouses as a gift for many people.

This animal was revered as a sacred being. Whoever killed it was punished with death. When a cat passed away, it was embalmed. Subsequently, the tomb was placed in a necropolis intended exclusively for this animal.

The cat is a lunar being, it is the humid, the feminine, the earth, the nocturnal, as opposed to the masculine, to all that is solar. It is considered an empathic animal for its sensitive abilities, including that of capturing the negative energies of the environment and catalyzing them on itself; for this reason, it is considered therapeutic for humans.

How to work with the energy of Aries’s spirit animal?

Don’t hesitate to take these opportunities. However, be discerning and responsible in taking risks and think about the consequences.

If you are an Aries and you dream of a cat, it is asking you to see clearly in the darkness and look closely at what is happening around you. Often, things aren’t what they seem.

Enjoy your sleep, just like cats do! Don’t try too hard.

Work hard but don’t forget to pamper yourself. Give your body the rest it deserves!

Use a cat’s totem to guide your new projects.

Be selfish when needed, especially when competing with someone, but try to open your heart with those around you. Sharing is caring and caring is love!

Aries is all about taking action and being a leader. Cats are born leaders as well, but they live slow-paced, relaxing life. Adding this attitude to your life as an Aries can make a huge difference, in relationships with others, and, most of all, with yourself!