The Thurisaz rune is definitely one to look at, especially when it comes to a divinatory consultation related to our daily life and our daily connections with those around us.

Why? Find it out in this article about the Thurisaz rune and learn all you need to know about this ancient symbol and its energy.

What does the Thurisaz rune mean?

The Thurisaz rune means defense. This is not an action rune; on the contrary, it indicates that the time has come for not acting. It expresses the small resentments that need to be worked through daily.

Like thorns, they are not only annoying, but at times, thanks to the lack of objectivity or introspection, they could assume gigantic proportions not commensurate with the triggering cause. It would be wise to discuss problems with friends, patiently waiting for their turn. Be cautious and don’t rush to conclusions.

Thurisaz is a rune associated with war and the daily fight against the enemy; it is the weapon that helps us to defend ourselves and to offend; it is the sword of the warrior, the thorn of the rose; it is conflict; it is strength; it is defeat; it is wounded, blood, courage, and conquest but also loneliness and fear.

It is life that flows inexorably, never stopping, short and without peace, that makes us taste the bitter taste of defeat and the sweet one of conquests achieved with sacrifice. After countless struggles against enemies, we realize that the worst is within us; it’s our inability to love ourselves, to accept ourselves, the inability to listen to our needs and to tell ourselves the truth. We therefore need to unload our pain and our anger on someone, our enemy, the one who does not understand us, who hurts us, who irritates us.

Thurisaz is an immobile, static rune that invites us to stop and reflect, to stop fighting ghosts and to start analyzing our self, what we are, our essence. Thurisaz is loyalty, fidelity, and trust in ourselves, in our values ​​and ideals.

This rune is associated with the god Thor, son of Odin and the goddess Jord, the wild earth, god of thunder, protector of men and gods, archenemy of the Giants, who fights with his infallible hammer Mjolnir. This dwarf-forged hammer, whose name means shatterer, causes thunder and has the ability to return to its owner’s hands after being thrown. 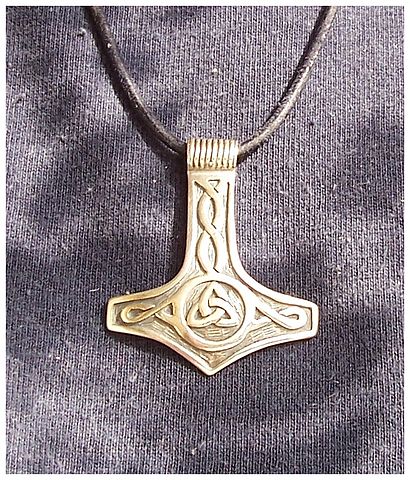 This weapon is so powerful that the god Thor himself, the strongest of all the Ases, must wear special iron gloves and a magical belt which, when worn, doubles his strength.

Thurisaz, a rune linked to a formidable weapon, is also connected with the figure of Loki and the Giants, the primordial forces of chaos and wild nature; their defeat at the hands of the gods represents the triumph of culture over nature. It is not uncommon for the rune meaning of Thurisaz to be described as a thorn as it is the sharpest rune of form, a sad and evil thing to grasp or touch.

However, it is representative of Thor and his hammer, protecting Asgard from curses and giants who resist the expansion of consciousness throughout the multiverse. In every respect, the energies of Thurisaz are a powerful enemy of recklessness, ignorance, and the rule of brutal violence.

Thurisaz represents the warrior who combines awareness and wisdom with issues that require strength. Thor is the champion god of brave and free humans and the ultimate physical fighting force.

Thurisaz is also a rune of fertility in the sense that it destroys arid and hard, rocky ground and turns it into a workable soil that bears fruit and crops. The best state of mind for working with the rune is enthusiasm rather than anger or fear, as the former will support the right awareness much better and lessen the potential danger of facing the mighty Thurisaz magic.

This ancient rune is representative of the use of tools and technology (as well as KENAZ, to some extent), both physical and psychological, especially as weapons of active protection or resistance against the forces harmful to the expansion of consciousness and awareness represented by DAGAZ. Human consciousness is a state of mind that has evolved from a pre-existing state of the unconscious, which continually strives to restore itself. If we do not actively promote consciousness in living our lives, we would succumb to entropy.

The power of Thurisaz is easily found because it is on the border, the frontier of consciousness. It is wise to never start a fight, but if you do decide to fight, you better be sure to win.

Thurisaz invites you to stop and contemplate life in all its extensions (past and present) and this seems to be the right moment to do so.

The rune advises you to remember above all when and why you were happy, what made you sad, what your triumphs were and what your failures were.

It is not the time to decide, but to learn from your actions and deepen your knowledge of yourself to become better in the future.

When it appears the other way around, Thurisaz’s advice is to be very careful before taking action to solve a problem.

If you stubbornly go on blindly, without considering other options, you will end up complicating your life further or even harming someone.

It is therefore advisable to plan your actions and clarify the objectives. It is a mistake to want to start from the end and to think that things can be resolved when you want.

A lesson from the past that we must never forget is that everything takes some time to work well.

Love: you have to be careful when expressing your feelings and try not to confuse passion and love. This way you will avoid causing unnecessary suffering to yourself and others.

Work: Avoid being dazzled by the promise of easy success. Before embarking on a new project, you need to be aware of your strengths and limitations.

Health: maybe you are going through a delicate moment and you don’t feel physically well. The best thing is not to overdo it, get enough exercise and eat a varied and complete diet.

How to work with the energy of the Thurisaz rune? 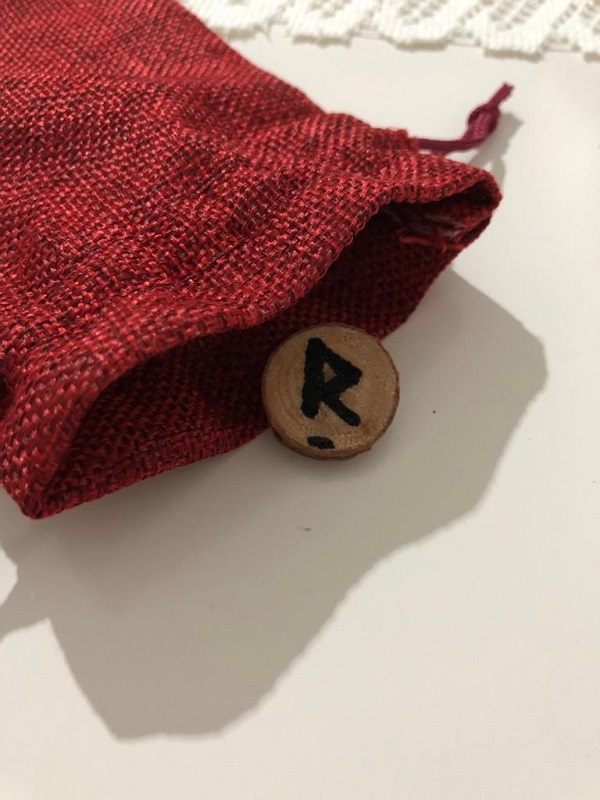 The special message from Thurisaz rune to you