Pine is the common name of a genus of evergreen trees and shrubs in family Pinaceae, to which about 120 species belong. Let’s learn more about its symbolism, spiritual meaning, and uses.

They, in general, are mostly plants that colonize new environments thanks to their light and winged pollen, which is easily carried by the wind.

Being an evergreen tree, it symbolizes immortality and eternity. In addition to this important meaning, common to all conifers, this tree also symbolizes marital happiness and fertility due to the needles joined in pairs and grafted onto short twigs called brachyblasts. 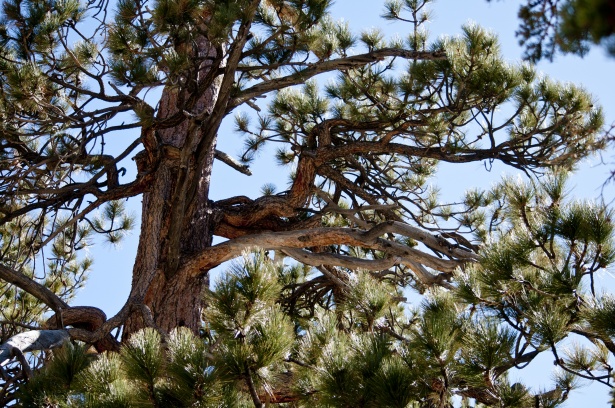 The pines in Greece were consecrated to Rhea, which represented totality and contained pairs of opposites within, configuring itself as the androgyne from which the creation sprang.

This evergreen tree is the symbol of immortality, so much so that its resin was used to purify, sterilize, and embalm things one wanted to preserve over time. Its resin was also used in censers to purify the temple’s sacred space, to evoke the eternal.

The trees, which are rich in resin, were used as funerary or Christmas trees. According to a Greek myth, the resin tears of this tree are the blood of Attis. A beautiful young man whom Cybele fell in love with and became a priest of his temple with a vow of chastity. But Sangaride, a seductive nymph, led Attis to break the vow.

Cybele drove Attis mad as revenge out of jealousy. He ran to the mountains where he stopped at a the tree and castrated himself. Attis bled to death but Jupiter took pity on him and turned him into the immortal pine. Saturn became its protector.

Dr. Bach uses its flowers for those who tend to self-destruct because of their guilt feelings, who feel guilty of breaking a rule or a vote. Attis / pine can teach that repentance and forgiveness can be reborn as pure and fragrant as it is. From the needles and gems, we get herbal teas, essential oils with balsamic, antiseptic, expectorant, anti-inflammatory, and energizing qualities, which find applications in diseases of the respiratory and articular apparatus.

It was an element of the Dionysian thyrsus that symbolized fruitfulness, resurrection, and immortality – it was used in the celebrations of the mysteries of Dionysus at Eleusis, at the feasts dedicated to the Great Mother and Hermes.

In the East, the Taoist Immortals feed on resin and needles. It is said that resin, penetrated into the subsoil after a thousand years produces fu-ling, a mushroom that gives eternal life. In Japan, pinewood is used to build Shinto temples and ritual tools.

In wedding ceremonies, it represents the constancy of conjugal love. During their New Year, the Japanese place two trees of the same size on each side of their doors to honor the Kami, the many Shinto deities that govern the visible spheres and traditionally live inside the pines.

In China, this tree is depicted at the doors of Immortality and composes the triad of Longevity together with the mushroom and a crane, or with bamboo and plum.

In the first centuries of Christianity, it was considered a malefic plant because it was associated with pagan deities (Pan, Dionysus, and Attis).

Its resin can be burned in all celebrations that involve the awakening of light, vegetation, and the Spirit.

On the night of “Calendimaggio”, the first day of May, take a small bag of green cotton and place inside: three sprigs of thyme, a green agate, three laurel leaves and three scots of pine.

Close with a ribbon of the same color and think about which projects you would like to realize. This amulet will help you make them. Keep it at home.

Fun fact: pine nuts are used in enchantments to attract economic prosperity. The Romans ate them to increase their strength and physical vigor. In the East, it is a tradition to consume them to protect the bonds of love and friendship.

The most popular and widespread spiritual symbol is that of the Christmas tree.

There are many legends about the origin of pine as a Christmas tree, but this tradition’s true origin is unclear.

According to Christian tradition, St. Boniface brought down a giant ash tree, the Yggdrasil, which held all levels of the world from heaven to hell.

Instead, he planted it as a symbol of God’s eternal love and filled them with candles symbolizing the purification and light of Christ.

Another legend says that Saint Boniface knocked down a huge oak tree that took with him all the trees that surrounded him except a small tree, which he called “tree of the Child God”, symbolizing its triangular shape of the Holy Trinity.

The tree has also been linked to the apple tree of Adam and Eve, hanging red apples on the Christmas tree symbolizing the exit of the Paradise of Adam and Eve and placing a star on the tip of the tree as a symbol of faith.

The blue Christmas ornaments symbolize repentance, the silver ones represent gratitude, the golden ones praise and red ones the request.

The Christmas tree began to be used in Europe in the 16th century, specifically in Germany. It was not until 1841 that Prince Albert and his wife, Queen Victoria, first used the Christmas tree at Windsor Castle, so that its use in England was then introduced and popularized across Europe.

It was the German settlers who introduced it to the United States at the beginning of the 19th century during the Civil War.

Pine Symbolism in the World of Magic

In magic, its cones are used to promote fertility, while needles mixed with resin are used to ward off evil and low spirits.

They also repel invoices and curses to the client. Unfortunately, it is often used in black magic rituals to infuse pain and injury.

The pulverized and burnt bark mixed with frankincense was used to purify the rooms of the sick or after disputes.

Because it is an evergreen tree, it also embodies the eternal life of the soul.

In natural magic is used to invoke the spirits of woods and nature.

The resin can be mixed with sage and mint or lemon to purify ourselves before or after a ritual, but also to purify places. It was a symbol of protection and immortality for Celtic people, it was revered as the tree of life and the mother, therefore it symbolized the woman in her fruitful phase.

The pine cone in magic symbolizes regeneration in life as well as physical and psychological wounds.

For the Masons, it was a symbol of enlightenment, resurrection, eternal life, and regeneration.

Celtic people used to form magic protection circles with cones in open-air rituals. It was also often used in the magic of love and in rites that favor conception.

In most important traditions, cult and sacred figures held a stick with a pinecone on its top to symbolize the high and macrocosm union with the microcosm and the feminine with masculine.

It signifies the pineal gland, also esoterically called the abode of the spirit, whereby the third eye, the awakening, and opening of this chakra, elevates us to one of the highest levels.