Sorcerer, witches, warlocks, and necromancers. In the Bible, there are these mysterious figures that lead us to think that even then such realities existed. How they brought with them, not the beauty of the magick that we all love, but of people dangerous to the spiritual health of those who met them. So let’s find out what does the bible say about witches and warlocks.

I managed to find four verses from the Bible that speak of witchcraft explicitly and with strong tones.

So, what does the Bible say about witches and warlocks?

It cannot be said that magickal activities are direct and specific diabolical actions and wizards themselves usually do not admit to being connected with the devil. Both in the past and in present times, some witches work in close collaboration with the devil, but these are isolated cases. What the Bible says for certain is that the various forms of magick, facilitate diabolical actions both with regard to sin and with regard to harassment.

Spells alter the filial relationship between man and God, put aside prayer and the sacraments, link the will to superstitious practices, foment hatred, and revenge. Often the advice of witches also incites or approves sexual conduct contrary to the Law of God.

The alleged release from invoices or malfunctions is only an illusion as is the production and launch of invoices against those you want to harm. 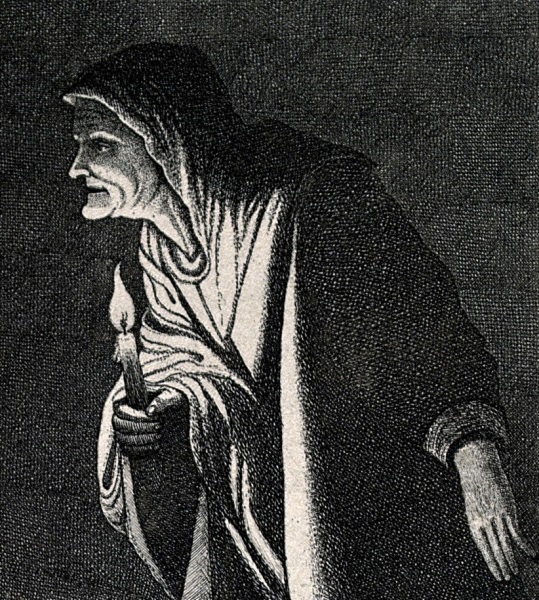 For all the above reasons the Bible says that the Word of God cannot be judged against the various forms of magick of excessive severity. The Word of God is just and a source of salvation.

Now, let’s take a look at a few specific verses.

“If man or woman, among you, they practice necromancy or divination, they will have to be put to death; they will be stoned and their blood will fall on them.”

“But for the vile and unbelieving, the abject and the murders, the immoral, the sorcerers, the idolaters and for all the liars, the burning pool of fire and sulfur is reserved. This is the second death.”

“There was a man named Simon for some time in the city, dedicated to magick, who sent the population of Samaria into raptures, pretending to be a great person.”

“Simon, seeing that the Spirit was conferred with the imposition of the hands of the apostles, offered them money saying: “Give me this power too, so that whoever I lay my hands on, he may receive the Holy Spirit.” But Peter replied: “Your money goes with you in perdition, because you dared to think of buying the gift of God with money. There is no part or fate for you in this thing because your heart is not straight ahead to God. Repent therefore of this iniquity of yours and pray to the Lord that this thought be forgiven you. In fact, I see you closed in bitter gall and iniquity strings.”

Repercussion over witches and warlocks over the centuries

The belief in the existence of magick, is understood as a particular force which, by means of specific magickal rituals, performed by certain particular individuals, (i.e. witches, sorcerers, shamans, fortune tellers, etc.), of both sexes, or due to supernatural beings, it is presumed to be able to exercise a particular dominion over the forces of nature and also over a human being, turning them to the will of those who perform these practices, as well as in the existence of witchcraft, closely associated with magick, understood as the exercise of these magickal practices by these special individuals who are presumed to influence both positively (white magick) and negatively (black magick) nature and humans, it is present in most ancient and modern cultures.

Christianity began gradually taking over from Greco-Roman religion and culture, inevitably had to confront and clash with this magickal-pagan reality, which would continue for many centuries, especially in rural areas.

For Christianity, pagan religion and magickal practices represent one, because both are idolatrous and are nothing more than the residue and survival of ancient cults and beliefs, so they are considered simply as a set of “superstitions”.

Furthermore, Christianity, especially with St. Augustine, adds another element, namely the fact of considering both the cult of the ancient pagan gods as well as popular superstitions as nothing less than the work of the ancient enemy, Satan, who, together with his servants, the devils, who in the ancient world were known and called demons, i.e. those beings or spirit intermediaries between the divinities and man, who interacted in the world, like the gods, negatively or positively, in this way cleverly deceived the men.

The pagans believing that they were worshiping the gods actually unwittingly worshiped Satan and therefore also the magickal arts were considered as the work of the devil.

Precisely for this reason the Church, during the High Middle Ages, considered magick and witchcraft, alongside the worship of the gods and Greco-Roman traditions, as residues of paganism and above all as an effect of demonic illusions.

In the slow and gradual process of converting pagan peoples to Christianity, the Church sought to eradicate ancient beliefs and replace them with the worship of the true God through popular preaching and the spread of the cult of saints and the miracles they performed and of their relics, but also through the imposition of penances for those who continue to practice them.

What if you are catholic but you are intrigued by magick?

I really think that we all should choose what kind of spirituality suits us. If we are diving into magick and its crafts is because maybe our traditional beliefs are not resonating with us as they should, then I see nothing wrong in practicing magick, also because, as we have often discussed, magick is not an evil practice as long as you practice with good intentions and an open heart.

You know you and, if you feel you need some magick, go for it. Religions were created to soothe our pains and heal our souls but, if they cannot do that, there is nothing wrong in relying on something different, but that’s my opinion.

Spirit Guides vs Demons [What’s the Difference?]
Next Post: How to Find a Good Luck Charm? [The Most Powerful Ones]