Taurus is one of the most powerful zodiac signs; this earth sign is all about action, productivity, and accomplishing goals. But this sign still has so much to teach us and its spirit animal is one that can show us the way to becoming better people and living our best lives.

Let’s learn more about this sign and what Taurus’s spirit animal is.

What is Taurus’s spirit animal?

Taurus’s spirit animal is the bull. It is a very stable sign-in which stubbornness and a lot of possessiveness are present. The animal moves and thinks slowly, but the moment it learns something it assimilates it in a lasting way. 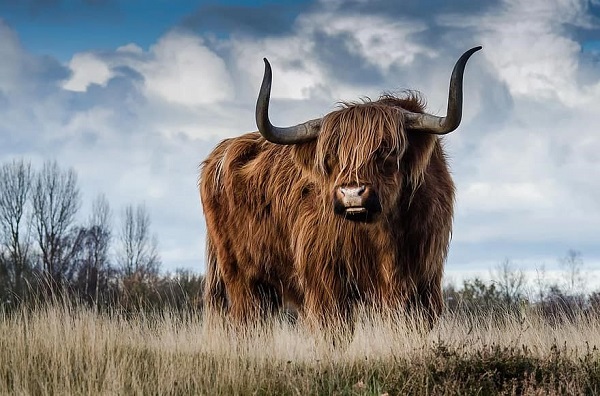 Taurus hates change and has the gift of knowing how to handle money. They are not deflected by flattery, they insist on logic and do not disperse their interests. They are usually in excellent health. People of this sign have intense physical magnetism towards others.

Its greatest virtue is patience as well as constancy. Someone born in the sign of Taurus is very tenacious in pursuing a goal, despite being strong and rather slow, and when fate is adverse, he knows how to wait with great calmness and start again with great calmness without getting tired and without wasting time in recriminations that, for him, would be useless. Nature passionately expresses itself, more sensually than sentimentally.

They are loyal individuals with some weaknesses: they have a great sense of friendship, they would really do everything for a friend, even help him economically, even if the Taurus possesses great parsimony.

The formation of the individual is influenced by childhood and the family environment, he knows where he wants to go and does not tolerate impositions, moreover, he hates intrigue and shuns gossip. It becomes very dangerous when he realizes that he has been betrayed and exploited. However, the

Taurus does not lack defects: he has a possessive nature, laziness, and a total lack of self-criticism that leads him to a sort of presumption. The Taurus knows how to give warmth and love to those close to him, but he is equally selfish and jealous of the same people.

Those born under this sign should be taught dominating instincts and the control of arrogance. From a very young age, he will be favored in relationships with others, he wants to show himself well and often succeeds, his bonds are constant and lasting, whether they are of love or friendship. Taurus loves the so-called “good life”, so he usually surrounds himself with beauty.

His home is his temple and he loves décor; he creates a great place where he can feel relaxed and pampered. Those born under the sign of Taurus are considered to be practical and simple people, peaceful and open; they love their home, they have a great taste (aesthetic and more), they are attracted by the pleasures of life and material goods.

With strong and constant characters, they are suitable for the arts or cooking, for works in the field of aesthetics, well-being, agriculture, in any case respecting nature and its balance (great ecological sensitivity). The psychology of those born in Taurus is not as simple and serene as it may appear; on the contrary, it is complex and tormented, often involving a relationship of love, which is understood as the possession of the loved one, of deep jealousy.

The female psychology represented by Venus in her dark side is, in fact, also highly seductive and observing, a bewitching and astute manipulator. Being happy for Taurus means possessing, merging, planting roots, and relying on safe nourishment and support.

Due to its virility and the might of its presence, the bull has been a cult icon for many cultures. In many ancient cultures, such as Mesopotamian, Greek, Roman, and Egyptian, it was considered a sacred animal and it was common to offer the blood of this animal as a sacrifice during sacred rites.

In Celtic symbolism, the bull represents physical strength and power. According to the Celtic beliefs, the bull was extremely virile and therefore symbolized fertility and the power of procreation, which in turn meant extending one’s life.

The druids associated the bull with solar energy, and the cow, on the other hand, with earthly energy. For the Celts, the bull was also a symbol of luxury, wealth, and prosperity: after all, it has been a source of benefit and income for these people for centuries.

Also, according to Celtic thought, it was said that the bull possessed a very important characteristic that stands out above all the rest: the fact that this animal is very stubborn and obstinate. It is also a symbol of virility for men and fertility for women.

According to the Celts, this animal would help improve the mental state in relation to sexual strength. Since the bull was a great source of food for the Celts, it is easy to understand why his figure is associated with an age of serenity and abundance.

According to a more modern perspective, the bull has several meanings related to safety and strength. Although the source is unknown, the bull is said to be a positive symbol for investment in business due to the remarkably active lifestyle it leads in its natural habitat.

Some aspects of the symbolism associated with this animal are stability, virility, strength, prosperity, security, fertility, determination, and help.

How to work with the energy of Taurus’s spirit animal?

Work on finding your stability.

Commit to a special project dear to your heart to change your current situation.

Focus on your sex life but don’t leave feelings behind.

Wear a bull necklace to remind yourself how strong you are if you feel a bit low and have low self-esteem.

Don’t leave feelings behind; if you can, spend more time connecting with those around you from a place of openness and gratitude.

Spend more time outside to test your abilities but, most of all, to relax. Maybe you are working too much!

To work on your male fertility, use the bull’s energy to guide it, wear a bull’s necklace, and let it protect you and boost your male energy. Or, rely on a fertility spell.

Say yes to the good life but go in-depth too.

Possessing objects is cool but it’s not everything. Keep this in mind!

Decorate your home to be more in tune with your personality and taste.

If you love shopping, go for it, but don’t spend too much on fancy clothes and expensive items.

Invest your money in experiences too!

Being a Taurus is often considered a curse but, actually, it’s a sign that gives us the chance to focus on what truly matters and change our perspective to be someone better, stronger, and also wiser. Following the bull’s lessons can be life-changing!