We all know the spruce tree as a Christmas tree, but this tree has so much to tell about the past, ancient beliefs, and strong symbolism.

Today I want to spread some light on this tree, its story, and its magickal uses. Let’s see then what the spruce tree’s meaning is.

Origins of the spruce tree

Since ancient Egypt, the spruce tree was considered a tree of nativity. Under its branches was born the god Biblos, the prototype of the predynastic Osiris. In Greece, it was sacred to Artemis, the lunar goddess of birth.

This tree, in Greece, was at the center of a spring rite in honor of the Great Mother: it was raised by naked men in the center of the market square, who, armed with mallets, struck an effigy of Mother Earth on the head to free the spirit of the new year.

The spruce tree together with the birch is considered by the populations of northern Asia to be a cosmic tree. It was used as a maypole, surmounted by a wreath of flowers intertwined with its branches, to symbolize the Goddess. 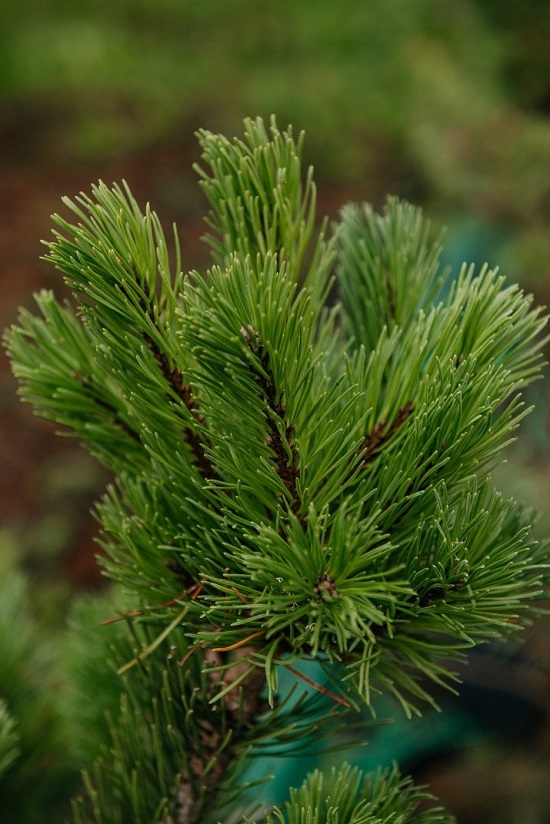 In the pre-Christian world, it was associated with the Sun. At Christmas, on the occasion of the winter solstice, the tree was decorated with sweets, fruits, gifts, and candles, similar to rays, to support the star in its rebirth. The tree decorations were then interpreted in a Christian way: the candles symbolize the light that Christ dispenses to humanity, the golden fruits and gifts are the symbol of the spiritual life and love that He offers us.

The Christmas log that lights up on Christmas Eve to warm the baby Jesus is made of spruce and should only be consumed on the Epiphany. In ancient times it was the log that bestowed gifts on the little ones: according to the legend, greedy chestnuts came out of its trunk. Its ash would have protective and propitiatory virtues.

To protect homes in Germany, on New Year’s Eve, people cut spruce tree branches and nail them on their doors.

The Yakutis believe that shamans are born inside nests on the great spruce tree of the North. In Tyrol and Switzerland, it was said that the genius of the forest lived in an old spruce tree and had the task of watching over the livestock and guaranteeing prosperity.

In Savoy, spruce neutralized the evil eye and prevented lightning from striking; for this reason, the top was cut off so that the branches represented the five fingers of an open hand, as a sign of protection. Five was also the number sacred to the Goddess.

In Celtic lore, as in other traditions, the spruce tree is always associated with the winter solstice and specifically, it is consecrated to the day of the birth of the divine Child. We are still faced with the myth of divine sunlight, with the dualism of death and rebirth that basically underlies the mythology of trees.

We are in the darkest time of the year: daylight hours are reduced to a minimum. Everything is muffled and slow; the beats of life are almost imperceptible if you walk in the woods during this period. Yet a majestic and silent force hovers in the air, an extremely vital presence watches over this season: the spruce tree, and with it all the evergreen trees.

The populations of northern Asia considered it together with the birch, the Cosmic Tree, the divine ladder to reach the light, a supporting column, and a meeting point between heaven and Earth.

From the Middle Ages, the spruce tree became the classic Christmas tree; the peasants used to cut one in the woods to take it home where it was decorated with garlands, sweets, and candles. This custom was introduced in Latin countries rather late, precisely at the court of France in 1840.

What does the spruce tree mean spiritually?

The spruce tree means the divine light of Jesus who came down to Earth, but spiritually it means a strong link to the feminine, to its evergreen state, and to the ability to reproduce spontaneously. The myth refers to Artemis and therefore to the Moon, protector of women in childbirth and newborns.

The tree itself in its structure reminds us of its fronds of the long arms that descend to protect what is underneath.

For example, small spruce trees need the shade of mother spruce in order to grow up healthy and tradition has it that children with poor health were brought to rest under these large trees.

Once again, we are not surprised how science and tradition coincide in that the main properties of spruce trees are suitable for children with growth retardation and bone fragility.

You can use the spruce tree for many different things and in different ways.