Superstitions and myths have been associated with Christmas since ancient times and are still followed in many parts of the world.

The night of December 24th begins the longest party of the year; this night will be followed by another 12 magical nights and 13 days of festivities that evoke ancient flavors and magical atmospheres.

And while some go to church to celebrate the birth of the Lord, many others eat and exchange gifts, while the children await the arrival of Santa Claus; on this magical Christmas night, according to some popular traditions, everything becomes possible.

I love Christmas and I wanted to write an article to talk a bit about Christmas tree superstitions and some other beliefs of this amazing festival.

The origins of the Christmas tree

Since ancient times, the tree has been the absolute symbol of life and this belief was widespread in all countries and in all eras, even long before the birth of Christianity. In Christian culture, the tree is present from the beginning and often mixes with the candlestick, since both carry the lights that light up and go out. The ancient theme of the Tree of Life also blends with the cross of Jesus Christ: the wood blooms and bears fruit, as we see in many early Christian catacombs and baptisteries. 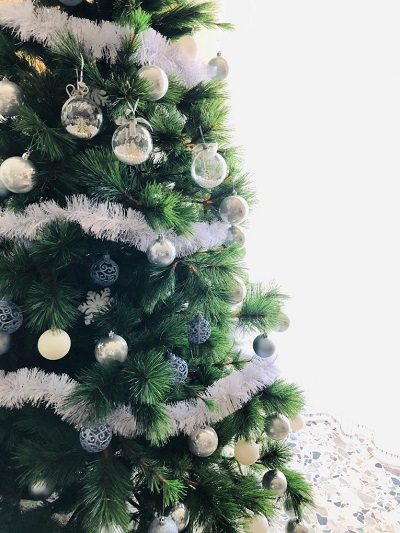 According to tradition, the Christmas tree, as it is used today, was born in Tallinn, Estonia, in 1441, when a large fir tree was erected in the Town Hall Square, around which young bachelors, men, and women, danced together in search for a soul mate. This custom was later revived in Germany: in the Bremen Chronicles of 1570, it is said a tree was decorated with apples, walnuts, dates, and paper flowers.

A chronicle of Strasbourg, on the other hand, records in 1605 that for Christmas, the citizens brought fir trees to their home, placed them inside, and decorated them with paper roses of various colors, apples, sugar, and similar objects. Even the city of Riga, in Latvia, defends its tradition, which says it was the site of the first Christmas tree; in fact, in Riga, there is a plaque written in eight languages, according to which the “first New Year tree” was decorated there in 1510.

Already in ancient times, a pagan rite involved bringing home, an auspicious branch before the new year. In the Middle Ages, the tradition of “Adam und Eva Spiele” spread, the games of Adam and Eve that provided for the reconstruction of the scenario of paradise on Earth, on December 24th, Christmas Eve, complete with fruit trees, symbols of abundance, and the mystery of life.

Subsequently, fir trees that have the magical characteristic of always being green were increasingly preferred to these fruit trees. The fir, with its triangular shape, also reflected the pyramidal and hierarchical structure of medieval society, becoming in German folklore also the stork tree from which the midwife shook babies.

The tradition of the Christmas tree remained standard for the regions north of the Alps for a long time. At first, it was considered a Protestant tradition, and only in the 1900s this tradition also spread to the Catholic world.

In our century, there has been a great spread of this custom and now it seems that this fir decorated with baubles, bows, festoons, sweets, and colors is the true symbol of Christmas even if, over time, the fir has been replaced by an artificial tree and the wax candles have been replaced, instead, by intermittent electric lights.

At home or outdoors, traditionally it is prepared a few days or a few weeks before and at its feet, if it is inside the houses, well-wrapped gifts are also placed to be opened strictly on Christmas day (but how many really resist)?

Also read:
How to Remove Bad Omen from Home? [Powerful Methods]
What are Friday the 13th Superstitions? [Origins & Meaning]

Long ago, among initiates, the tree represented the experiences of a human being during a lifetime. The Christmas tree represents this tree of life. The choice falls on the fir because it is one of the trees that keeps its green branches all year round and also because, at the Schools of Ancient Wisdom, its symmetrical shape and evergreen branches symbolized a life that lasts forever.

Once, instead of electric lights, candles were fixed on the tree, which symbolized pearls of wisdom. The pearls of wisdom are the wisdom that is gained for every experience had and understood. They are like doors to future enlightenment.

The lights of the candles, which illuminate the tree, represented the sacred flame that is in every human being and the potentials and possibilities that can arise from the decisions or choices that are made during a lifetime. If you don’t put the lights on, you will be stuck in a rut for a long time without living your best life.

The colored baubles also had a profound meaning. In fact, in addition to embellishing the tree, they represented the experiences people had or wanted to have. So you should place them to attract even more things into your life and to accomplish your goals. 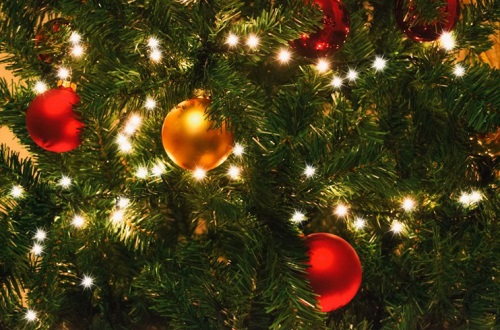 Everything on the tree was a celebration. The festoons, for example, symbolized the celebration of life. So if you skip them, you will attract death.

The star that is placed on top of the tree represented the Great Work. Put simply, the Great Work is the journey back to God. The journey is about collecting all the pearls of wisdom available through experiences and remembering who we are.

The star at the top of the tree is therefore the point of arrival, where every human being should eventually arrive. It was placed on top to remember the return journey to be completed and superstition claims that if you don’t place it on top, you won’t live a long, happy life.

The gifts under the tree represented the great virtue of giving.

What not to do on Christmas Eve?

Let’s see now about Christmas Eve and report some of the beliefs that are still put into practice both in Italy and abroad; in particular, this addresses the seven things not to do on Christmas Eve—let’s see together what they are.

Christmas traditions in some parts of the world

Each family has its own Christmas customs and traditions to respect, which differ from the geographical area to which they belong.

Any tradition, both pagan and Christian, along with the most curious ones, are part of a very suggestive Christmas folklore, which helps to bring families together on the most magical night of the year.

What does it Mean When your Nose Itches? [Superstition]
Next Post: Red Candle Flame Meaning Explained [Different Situations]