Mabon is an excellent opportunity to explore our practice and focus on ourselves a bit more. Let’s see which symbols are used during this holiday, what they stand for, and how to use them to celebrate Mabon in the best possible way.

What do the symbols stand for?

Mabon is the feast of the autumn equinox. It falls between the 21st and 23rd of September (depending on the year) and marks the day that is halfway between the two solstices. Day and night are equal at this time, reminding us that this is what proper balance looks like. It is the feast of the second harvest. After Lammas, which celebrates the harvest of the plentiful wheat fields, the seasonal harvest ends in Mabon after the last fruits and vegetables are gathered.

The Earth, by this time of year, has given us everything. Fruits, wheat, and vegetables. Now, tired and withered, she lies down to rest. The leaves turn yellow and fall, the animals begin to stock up for the winter.

We must be grateful for the fruits that the earth has given us even if, nowadays, even if it’s winter, we no longer risk starving if we don’t stock up. The hunting season also begins at this time, and many migratory species leave our lands to head south, where it is warmer.

Also read:
Lovely Mabon Colors and How to Work With Them
An Enchanting Prayer for Mabon [5 Min Chant]

The Cornucopia, literally “horn of plenty” (from the Latin cornu “horn” and copy “abundance”), has been a symbol of good luck for centuries. This grooved horn contains various kinds of goods and represents wealth and fertility. The origins of its meaning lie in Greek mythology.

According to an ancient legend, Zeus escaped from the fury of his father Cronus, who had eaten his other children. Zeus was saved by the goat Amalthea (a natural deity). It is said that this deity took him to the cave of Crete and fed him with her own milk to make him grow healthy and strong.

One day, while Zeus was having fun riding his nurse Amalthea, clinging strongly to her horns, he broke one. Once Zeus conquered the throne of Olympus, he took the empty horn and filled it with flowers and fruit to thank Amalthea. Everything its owner had desired for Zeus from that miraculous horn would spring from it.

For this reason, it is now commonly believed that the Cornucopia represents one of the most powerful auspices: that of being able to get what you want most.

The harvest falls in the autumn period which in ancient times coincided with introversion, the descent into hell or the journey to Hades. The earth closes to start a new cycle, but nature first gives us grapes and the possibility to create wine. 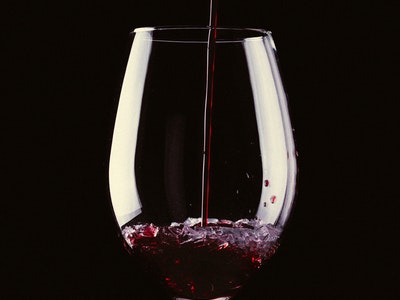 The movement of pressing grapes, done with the feet, stimulated the concrete bond with our environment. The foot is also symbolic in this process, representing journeys and advancement. Grapes and the wine from them prepare us for the winter cold.

From a symbolic point of view, the meaning of the leaf varies from culture to culture. However, there is a common thread that permeates all the associated nuances. Leaves universally represent growth and rebirth.

Leaves are how most plants get energy. The chlorophyll that absorbs sunlight gives the leaves their color. Through this process, the connection that exists between all living beings with natural energy is demonstrated. Growth and rebirth can be achieved if our energy is redirected and used well. The leaves, however, fall every year in autumn.

This often symbolizes death and sadness. But while the leaves drop, wither and die, they produce new nutrient-rich soil when they do so. The leaves thus become part of a cycle in which death is no longer the end, but simply a phase of a cyclic journey. Many cultures, therefore, define leaves as a symbol of the soul’s journey.

The swan is the bird of the Equinox as a symbol of the soul’s immortality. In many cultures, swans guide the dead to the afterlife.

A statue of Mabon

In the Wicca religion, the equinox took its name from Mabon, a Welsh god and great hunter dedicated to the Celtic deity of Maponos. In reality, Mabon was not a recurring figure among the Celts, but was an intermediary holiday, that is, the continuation of Lughnasadh and the announcement of Samhain.

Mabon, son of Modron, was kidnapped three nights after birth. This loss so grieved the Great Mother that the world became cold and dark. All the plants began to dry up and die and the animals took refuge in caves to shelter from the adverse weather. Mabon was found thanks to the wisdom and memory of the most ancient animals (the Blackbird, the Eagle, the Deer, the Owl and the Salmon). Other legends tell, however, that King Arthur saved Mabon. Mabon was saved on the occasion of Yule, when the day begins to lengthen again.

Only from that moment, Mabon was reborn as the Son of Light. In Great Britain, many Roman-British inscriptions have been found which were dedications to the god Apollo Maponos, who can be associated with Mabon. The cult was practiced by Roman legionaries who garrisoned near Hadrian’s Wall.

The legends behind this deity are highly meaningful, so using a statue of Mabon is a great way to honor this deity and the festivity he is associated with.

How to use these symbols?