Due to the rigidity of the winter climate, Imbolc is a holiday that we celebrate in the warmth of our homes. From ancient manuscripts, folklore tales and the customs passed down through generations, it is observed that the original rituals and celebrations of this holiday took place in the family home and that the only outdoor activities were the blessing of the fields, the begging of the young and visits to the sacred wells.

At home, the rituals were intricate and centered on the setting up and complex laying of magical objects, such as the Brídeóg and the “Brigid cross”.

There was also a heavy focus on the preparation of ritual foods for the night visit of the Goddess Brigid. Even in the modern neo-pagan Sabbaths, we celebrate this festival in the safety of our homes, keeping out the cold, the night, and the evil entities, while welcoming the presence of the Goddess in our homes.

Honoring and celebrating Imbolc with white. Why white?

White represents freedom, peace, purification, cleansing, and new beginnings. White is the light. The presence of white reflects purity, order, and mental clarity. Above all it invites lightness, the relinquishing of burdens and expectations, to avoid sensations that pull downwards, oppressing. 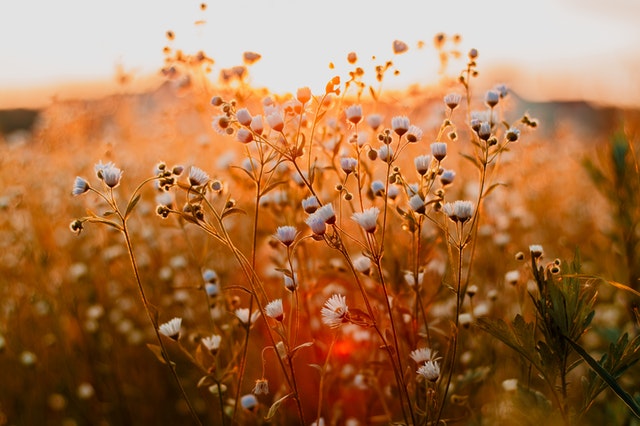 In the Sabbath of Imbolc, it is customary to consume dairy products. This is because the centuries-old tradition comes from cultural areas where milk production was an indispensable resource for survival. For example, in the cold Irish lands where the aridity of the land-only allowed the breeding of sheep and cattle.

It is also a tradition in Italy where the winters could turn very harsh. Milk and butter are on the list of celebratory foods but are also used in magical rites. There are numerous stories of fairies and witches who use milk for both good and evil intentions. Milk, like holy water, was used to bless the fields.

Given the longer and more beautiful sunsets, Imbolc was considered a Festival of Light and Fire so gold and red can also be used to celebrate and honor this day.

A practical use of these colors

The white smoke you create while cleansing your space is symbolic of the changes you make to honor Imbolc. By cleansing your home, you are committing yourself to the holiday and to change, as a cleansed space is always the best place to start something new.

Wearing white during Imbolc is a great way to connect with its energy, especially when practicing your witchy craft, casting spells, or dedicating some time to some spiritual work.

Typical Christian Candlemas should not be confused with Imbolc, where candles and torches were used to signify the light of our luminary, the New Sun. It is the tradition of Imbolc to go around the rooms of the house with candles or tapers in hand, to purify it and to illuminate it by emulating the renewed solar radiation.

The act of blessing them, as written above, is a custom so common in the neo-pagan world that it is becoming a real tradition. Without forgetting that folklorists include this practice which, together with the pre-Christian customs that have come down to us, had become very common in families.

Forgetting their original pagan significance, they went to churches for the blessing: the blessed candles were then used throughout the year until the next Candlemas.

The bright luminescence of candles illuminates our homes and the nights of Imbolc, giving the blue gloom of the winter sky a glow of white, forging the path of light into the darkness.