Using herbs for love spells is a practice that has declined in its use over time. As a witch, I love to create more awareness about nature and how mother earth gives us many gifts to create magick.

Even if green magick is not used very often these days, there remain elements that contribute to its practice, with some formulas which have been passed on over the centuries to reach us today.

Indeed, in the past, green magick was used not only to help heal the sick but also to reach the spirits of both the invisible and visible worlds. Therefore, those who held past secrets and wisdom, that is the Druids, Witches and the great Sorcerers, could by relying on their knowledge of the spiritual virtues of plants, make combinations supported by incantatory words in some cases, leading to magick potions useful for various purposes.

As you would expect, knowing which plants that have magickal potential was not enough. More comprehensive knowledge was needed. In other words, you also had to know other contributing factors such as the impact of the alignments of planets, stars, and even the effect of weekdays on plant efficiency.

These are all things that made green magick complex for the uninitiated. Even if many of the formulas used cannot be found today, the few that have resisted time, today can be applied to many fields such as love, luck, spiritual purification, or even the search for job.

Some of the most effective magickal herbs for love spells

In green magick, it is essentially about the use of plants. It is strongly advised to purify them before any use, by washing them and then drying them in the shade.

Avoid mixing them, except when preparing a potion.

Here are some examples of plants whose magick properties can be useful to you on a daily basis. 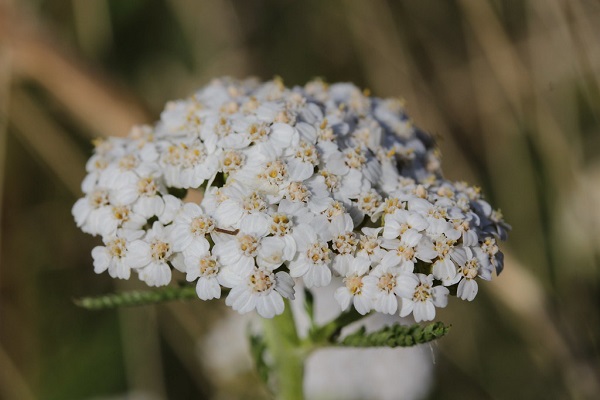 It is one of the most widely used magick herbs in Asia, mainly in I-Ching practices, where it is used according to astral positions.

It is one of the most suitable herbs for magick that has to do with love, participating in love spell rituals and is widely used in amulets for love.

It is a plant used for the discovery of love, its growth, which is why it is used to unite couples and marriages. It also is used in love rituals, so that people suffering from loneliness can find love.

Yarrow is used in amulets that are worn, but it is used in bathrooms and cleaning floors and environments.

Combined with other magickal herbs for love, it serves to forget past relationships, attract new partners, and call for lasting unions and permanent fidelity.

Yarrow’s leaves are often placed under mattresses to promote passion and sexuality, but always for the feeling of union and love. You can also read more about self-love herbs in the next article. 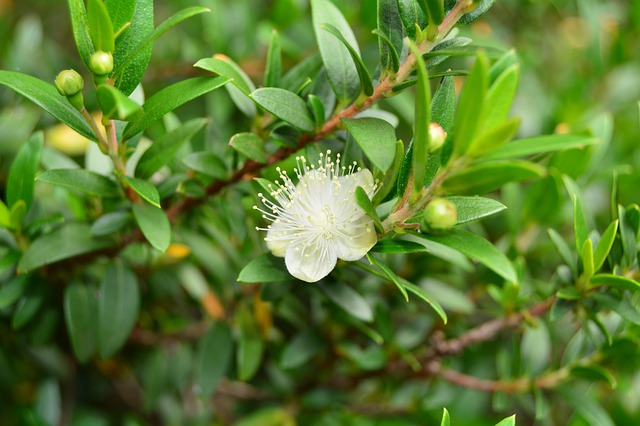 The myrtle plant and fundamentally its leaves is considered a symbol of romantic love and is used in church decorations, party rooms and bridal bouquets or crowns.

It is used in energy cleansing rituals to attract positive feelings, but its most common use is in love rituals.

The leaves are used in infusions together with other magick herbs and spices of love, for baths and cleansings, to make love amulets and in the form of powder to blow on a couple or the person you want to attract, but only the flowers are used for this.

It is used to make conditions change quickly or a person to change their mind or opinion of someone.

Read more about the magical properties of myrtle here. 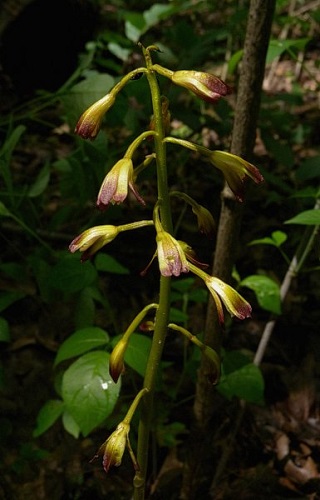 Putty Root has always been used in amulets for love since it is ruled by the planet Venus.

Usually, a pair of roots are used to represent a couple, who should pray and make vows on the roots, each keeping one of the roots.

It is used to unite couples, attract and unite people, for fertility, but it is not used for unions that are not lasting, casual encounters or fleeting love interests.

It is also used for good luck, but only as an amulet, by carrying a root in a red velvet pouch.

Lovage roots are used as aromatic seasoning in culinary preparations, except for the root, which is used in magick as a true herb of love.

Since ancient times, the lovage root has been used to attract the love of another person, you would bathe in water perfumed with the grass.

For use in marriages, the root is opened and a piece of paper with the name of the spouses is placed and tied with 3 threads of the following 3 colors, green to represent children and economic prosperity, red for the passion of both lovers, and white for the purity of feelings and we then proceed to bury it in the foundations of the house or in the grounds of the house in which both live to ensure eternal and happy love.

I love to use herbs for love spells using the zodiac signs of the couple. Why? Because it’s a great way to attract white energy from the stars and to boost the couple’s connection on a deeper level.

Each of the twelve signs of the zodiac has its own characters. The same is true for their correspondence with the leaves in green magick. Not all leaves are recommended for all signs.

In this regard, we offer a non-exhaustive list of correspondences.

How do I use them? I combine two or more herbs of each sign and create a small witch bag, I use them for spells and even for bath spells.

It’s amazing how these herbs can be little helpers to boost our energy or create fertile soil to wonderful nourishing love life.