Did you know that if you go out on a boat with sailors on a cruise or if you go out fishing it might happen they warn you not to bring bananas on the boat, as it is bad omen and brings bad luck?

I know how weird it sounds, but in the sailors’ world, it is definitely a thing and has been for a very long time! Let’s see why it is a bad omen to bring a banana on a boat!

Why is it a bad omen to bring a banana on a boat?

Some sailors truly believe that bringing a banana on a boat is a bad omen because ships carrying bananas had to sail quickly to get to the port before they ripened, so they moved too fast to fish, an activity loved by sailors. Plus, when they finally got home, most of bananas were bad, dark, and soggy as the natural ripening process took place.

But let’s imagine for a moment those sailors that might have gone thousands of miles by sea facing storms, challenges, and more and then, after all that work, coming home and finding the bananas were so bad they could not sell them. 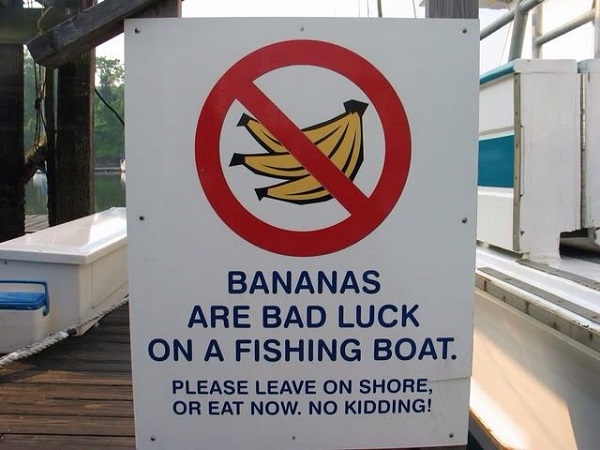 Basically, it meant they made a lot of effort for nothing! For some, bananas should not be taken on board because when they go bad they produce toxic methane gas or can hide spiders or poisonous insects who can kill the crew.

My grandma’s version of this bad omen

I don’t know how accurate this story is, as it was told for centuries, but you know I love sharing what my grandma taught me during my childhood. I remember that once I asked her this exact question, “why is it a bad omen to bring a banana on a boat?”

And she told me that a long time ago, some of her ancestors went on a boat trip to Congo to collect bananas for trade. It was very hard to harvest them and get everything ready for leaving and get back home, but the sailors made it.

The thing is that they destroyed the local vegetation and monkeys attacked them. They escaped in the nick of time, but this experience was so scary my family keeps telling it over and over again! It’s a part of our story, and the living proof this bad omen has some actual magickal explanation as it was like nature revolted to man’s aggression and disrespect.

Why are sailors so superstitious?

To mention all the superstitions of sailors, an encyclopedia should be written. The history of the navy is steeped in superstitious rituals still widespread today. Witchcraft, exorcisms, pagan rituals, and religious rituals were and are the daily bread of captains and sailors who were always careful not to challenge the rules of luck and to ingratiate themselves with the benevolence of the natural elements with propitiatory rites.

Irrational in nature, superstitions can affect the thinking and conduct of life of the people who make them their own. The belief that future events are influenced by particular behaviors, without there being a causal relationship, comes from far away. Fear of the unknown and the immensity of the oceans has generated a dense series of beliefs since the dawn of navigation.

For centuries, myths and legends have been handed down to fill that void that rationality still could not fill. In Greece, for example, human sacrifices were made to secure the favor of the gods. So Agamemnon, king of Argos, had his daughter Iphigenia sacrificed to obtain new winds for the ships that were to leave Troy.

The Vikings instead shed the blood of slaughtered slaves as a sign of blessing before the launch of a ship or before embarking on navigation. The myths and legends that were told around the sea and the terrible creatures that inhabited it took on even darker tints with the spread of Christianity when it was no longer capricious evil spirits, but saints and devils that made the oceans into battlefields.

The saints were invoked during the devil’s storms (for example, sailors still invoke Santa Barbara during strong storms). 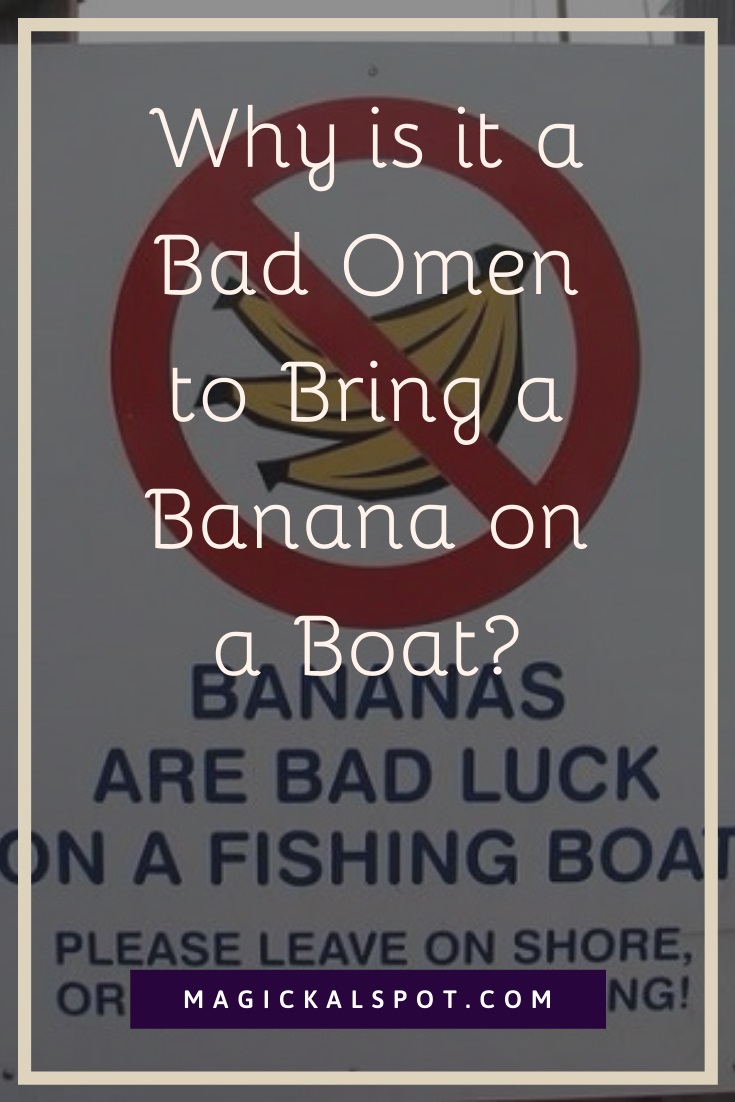 Other bad omens for a sailor’s life

There were and are customs that sailors absolutely try to avoid on board:

The French have solved the problem by changing the name in mid-August and putting this ritual in place: proceeding upwind the boat has to make six short turns and then descend in full stern, thus cutting its own wake. In this way, according to some, a snake would be drawn that bites its own tail, avoiding bad luck.

Only at this point will the boat be ready for a new name), and many other superstitions. Instead, it is a good omen for a sailor to have a tattoo, throw a pair of shoes overboard immediately after the launch of a ship, wear a gold earring (an ancient custom that was used to cover burial costs if the sailor was deceased), touch the sole or back of a sailor, and paint eyes on the bluebottle of boats.

Today, when you bless a ship, you just pour champagne on the deck. More rarely, the entire bottle of the precious wine is thrown against the hull: if it breaks, it is good luck, otherwise it is bad luck.