There is nothing wrong with using spells found in books or on the internet, but they can contain errors, have bad consequences, or can simply not align with what you are seeking.

In this article, I will teach you how to draw inspiration from spells you find in order to write your own!

Why is it useful?

Spells written by other people will never be charged with the same energy as one written by yourself. When writing your own spells, you understand that the desire and energy you put into it is what makes it work, as well as the words you say and the objects you use.

Where should I write my own spells?

The best option is to create a Book of Shadow where you can write down the spells and rituals you created. This allows you to add notes about your sensations while casting the spell, modify it, and report the casting experience! 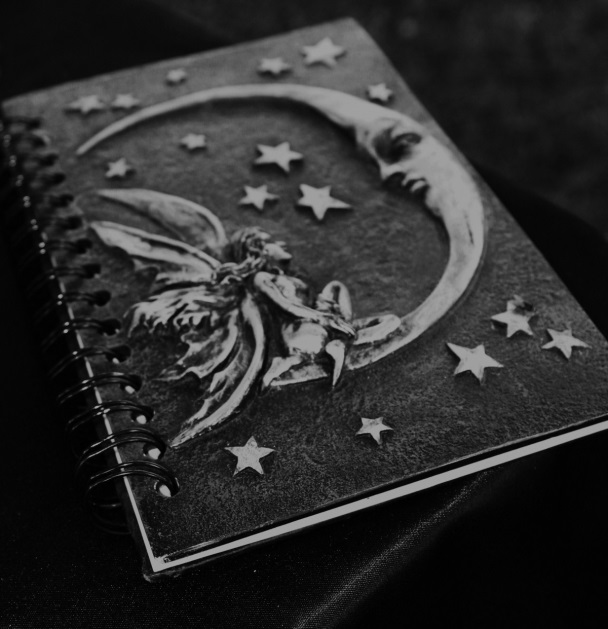 A step-by-step guide: writing your own spells and rituals

Dedicating and moving a lot of energy to gain something you don’t need is pointless. In order for an observable and lasting change to occur, it is necessary to have a need for what you are trying to obtain because if you can do without something you will not put enough will into earning it.

This is why personally casting a spell for something we need is much more effective than doing it for someone else or having someone else do it for us.

It is very important to know exactly what you want to achieve and to be sure that you really want it. This is because magic follows the lines of least resistance. There are so many possible variables that it is very difficult to know how our spell will be realized if our will waver.

Each change in fact creates a chain of changes in the general design of our lives. We need to envision our desires to see them manifest clearly.

To make a wish come true, it is necessary to not build walls that can deflect the magic lines too much. In short, avoid creating internal resistances yourself. If you feel you don’t deserve to get the desired result, you will create a resistance that is rather difficult to overcome and the magic lines will eventually run out of energy trying to break through your own walls.

To utter a spell with feelings of pain, remorse, anger, and other feelings that we here refer to as negative is equivalent to casting a curse on oneself and one’s desire. In my experience, this is very true.

When we need something, we feel a sense of urgency and we become very involved. But for any spell to succeed, we must maintain clarity and a certain detachment – not to be confused with indifference.

You should mimic the detachment of those who are sure they have the solution to their problems in their pocket, so no longer worry. When you speak your spell, smile.

Spells and above all rituals always work, whether the change occurs according to the plans you set for yourself or whether things change unexpectedly or even against your intentions. It is difficult for nothing to happen once you send your energy out into the universe to make a change.

So, have faith and let things mature, give the spell time to unfold. Imagine that you have put a cake in the oven, you don’t continually go and open the oven door to see if it is ready, otherwise, the cake will deflate! Furthermore, trust also means knowing that the forces of nature conspire in our favor and that this favor is to be preserved by bringing respect.

One way to respect is silence: if we go and blurt out to the four winds that we have cast a spell before it is realized, not only do we waste our energies, not only do we create other resistances that may be due to envy and jealousy of others between us and the success of the spell, but we are also antagonizing the favors of the universe.

So, let’s our magical operations secret until they are realized and after, if possible.

If the assumptions listed above are true, then your spell writing should follow a simple 5-step formula.

Keep it in a notebook that you keep specifically for your spells.

With the model and the other ingredients (plants, crystals, etc.) you can:

Why should I create my own spells?

Creating your own spells is a powerful way to connect with your own energy. It’s like you are putting your own essence into the practice, letting the universe know exactly how you feel about a situation and what you want to achieve with the casting.

Plus, with your own spell, you are going to avoid performing the spells you found passively without really caring for the spell itself.

Related:
Why is Your Spell Casting Not Working? [A List of Reasons]
What is the First Step to Becoming a Witch? [Beginner’s Guide]
28 Must-Have Witch Essentials [Tools for Witchcraft Explained]

Doing things without being truly committed and “present” can affect the results of your spell, causing it to not manifest or even manifest dangerously, especially if you have some residual negative energy that you let interfere with your craft. The creation of your own spell gives you the opportunity to also have a clear mind and a specific intention for the casting.